‘1996. Northern Israel. Lola leaves an unhappy home life in England for the fabled utopian life of a kibbutz, but this heavily guarded farming community on the Arab-Israeli border isn’t the idyll it seems, and tensions are festering.

‘Hundreds of miles away, in the Jerusalem offices of the International Tribune newspaper, all eyes are on Israel’s response to a spate of rocket attacks from Lebanon, until cub reporter Jonny Murphy gets a tip from a mysterious source that sends him straight into the danger zone.

‘When the body of an Arab worker is discovered in the dirt of the kibbutz chicken house, it triggers a series of events that puts Lola and the whole community in jeopardy, and Jonny begins to uncover a series of secrets that put everything at risk, as he starts to realise just how far some people will go to belong…’ 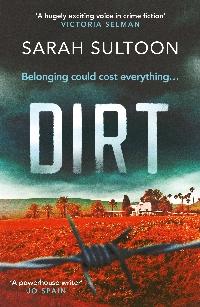 In Dirt, by Sarah Sultoon, we follow two characters who grew up in Britain - Lola, a young non-Jewish volunteer at Israeli kibbutz Beit Liora, and Jonny, a rookie journalist for the International Tribune - in the aftermath of the murder of Farid, an Arab man local to the kibbutz who managed its chicken house.

It soon becomes clear that the community - right in the line of fire on Israel’s side of the border with Lebanon - isn’t the socialist utopia it portrays itself to be, harbouring a secret that could be catastrophic for national security, as well as people who aren’t what they seem. Was Farid killed because of who he was, or something he knew?

I found this book absolutely fascinating. I’d never read a story based around a kibbutz before, so I enjoyed reading about how Beit Liora was organised and what it was like to be part of it. The author has first-hand experience of kibbutz life, and she makes the community feel authentic with minute details and vivid descriptions that invoke all the senses.

Similarly, my knowledge of the political situation in Israel now, let alone nearly 30 years ago, is fairly basic, so it was also interesting to learn about that. Sultoon tells you all you need to know in order to understand the characters’ circumstances, without overwhelming you with information.

While the focus is very much on individuals’ motives and experiences, the political situation affects them all, whether it’s that they need to hide in a shelter when the sirens go off, that they have an active - albeit hidden - role in the conflict. Considering the action covers about a day and a half, the author packs in a hell of a lot of developments and revelations, with Farid’s murder setting off a massive spark.

Something that particularly intrigued me (aside from the main whodunit, obviously!) was the volunteers’ (Lola’s there with her friend Samantha, and there’s also Australian Tom, South African Johan and Andre, and American Dave) motivations for being there, especially those who, like Lola, weren’t Jewish and therefore wouldn’t have had the same level of investment in the vision of the kibbutz. These turn out to be quite varied, and not all wholesome, either.

This is just one of the truths that belie the image of the prosperous self-sustaining farming collective. There’s also the need for barbed wire fences, round-the-clock security, and concrete bunkers; the intolerance that meant Farid was never fully welcome in a place he’d contributed a lot to over the course of a decade; the community members who aren’t just there to farm; and the treatment of members who fail to conform in one way or another.

In fact, Jonny’s parents were among these. His mother grew up on Beit Liora as a ‘kibbutz kid’, only for her family to end up leaving in disgrace when she fell for his father, an Irish Catholic volunteer. With his mum dead, and his dad having absconded long ago, the story of Farid’s murder offers Jonny an opportunity to reconnect with his roots and find some answers for himself.

His maternal grandmother - a spiky, complex, and surprising character - still lives locally to the kibbutz and is an obvious first port of call, but which of them is really calling the shots?

Lola also finds that utopian ideals are no match for actual human behaviour. The predatory men and rape culture she was hoping to escape aren’t kept out by the kibbutz gates and fences, and she’s frustrated by the persistence of her habitual “freeze” response, which helps her survive, but isn’t how she wants to react.

It’s always gratifying to see this trauma response used and examined in a book, as it’s not as well-known as “fight” or “flight” and, as Sultoon explains through Lola, often misunderstood.

I sympathised with both main characters, who are more or less alone in the world, and desperately seeking belonging having been damaged by the abuse of power, as well as human limitations and failings.

Dirt is fast-paced, intriguing, and fascinating, with sympathetic main characters. 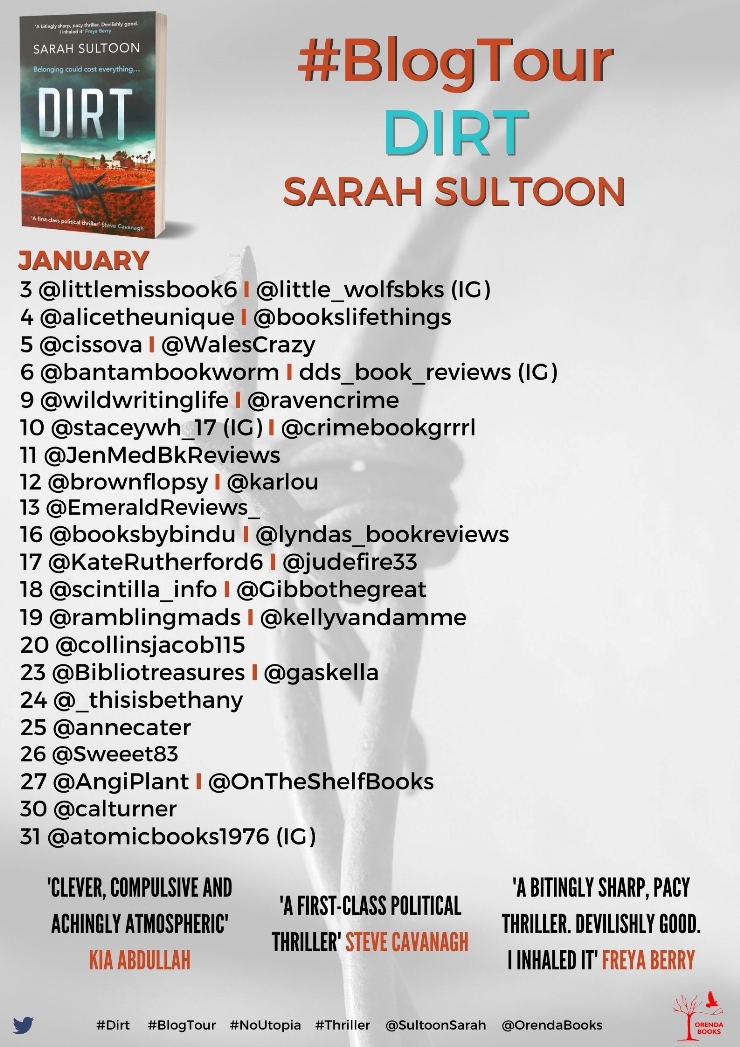