‘Renowned photo-journalist Jude Montgomery arrives in Glasgow in 2014, in the wake of the failed Scottish independence referendum, and it’s clear that she’s searching for someone.

‘Is it Anna Mason, who will go on to lead the country as First Minister? Jamie Hewitt, guitarist from eighties one-hit wonders The Hyptones? Or is it Rabbit – Jude’s estranged foster sister, now a world-famous artist?

‘Three apparently unconnected people, who share a devastating secret, whose lives were forever changed by one traumatic night in Phoenix, forty years earlier…

‘Taking us back to a school shooting in her Texas hometown, and a 1980s road trip across the American West – to San Francisco and on to New York – Jude’s search ends in Glasgow, and a final, shocking event that only one person can fully explain…’ 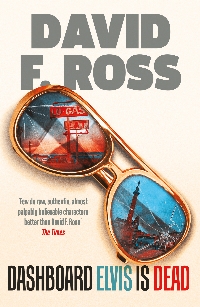 In Dashboard Elvis is Dead, by David F. Ross, we mainly follow two characters - American photo-journalist Jude Montgomery and Scottish one-time Next Big Thing Jamie Hewitt - from the early 1980s up to the aftermath of the 2014 Scottish independence referendum.

The pair only meet once, in 1983 at Jamie’s band The Hyptones’ only “proper” gig in America, but it’s a disastrous night that changes the trajectories of the rest of their lives, so neither of them can ever forget it. Jude retains an attachment to the otherwise-forgotten band, and this is one of the reasons she travels to Glasgow in 2014.

Jude goes from being a traumatised teenage runaway from Texas to a promising student in California before forging her career in New York (accumulating additional trauma along the way). Jamie, meanwhile, ends up in London, laid low by his gambling addiction and unshakeable connection with Glasgow’s most notorious family.

Dashboard Elvis is Dead absolutely blew me away. It’s quite a long book, but I got through it pretty quickly as I found myself reading it at every opportunity I had, and gulping down chapter after chapter uninterrupted. I’m definitely going to have to add Ross’ other books to my (slightly out-of-control) TBR list.

The story is super-engaging for a few reasons. One is that the two main characters are written in such a way that I developed feelings for them really early on. While Jude is more likeable of the pair, I could nonetheless see where the dour Jamie was coming from, and as a result, still wanted things to turn out okay for him.

Connected to that, this book really put me through the emotional wringer - from being elated when things looked to be going well for Jude; to shocked by the out-of-the-blue events (not only on that fateful night) that suddenly changed things for various characters; to heartbroken by the ways Jude and Jamie’s upbringings, misfortunes they (rightly or wrongly) carried the can for, and secrets other characters hid from them, prevented them from experiencing full and happy lives.

On the whole, this is a sad story, but it didn’t feel that way the whole time I was reading it. There is dark humour, triumph over adversity, and portrayals of characters developing as musicians and artists (something I particularly love to see in a book).

Like Orenda stablemate Will Carver, Ross uses his characters as mouthpieces for interesting, relateable, and profound thoughts and ideas. However, he also goes one step further by unapologetically inserting a fictionalised version of himself into the book in the form of a music journalist. As you might expect given this device, consideration of the nature of “truth” and the uses of made-up stories are recurring themes throughout the novel.

This, alongside the author’s well-captured, evocative descriptions of Glasgow and New York in the 1980s; creation of a full set of lyrics for the Hyptones’ one smash record, ‘Independent State of Mind’ (which, in my mind’s ear, sounded like something by The Twilight Sad or - more fittingly for the time period - The Jesus and Mary Chain); and use of real events (Jude’s 9/11 experience was particularly affecting) makes this story feel incredibly real. Even though I knew Anna Mason took up the role held by Nicola Sturgeon in real life, I may still have Googled the band name and author’s bio, just in case…

Dashboard Elvis is Dead is immersive and evocative, and made me feel all the emotions. 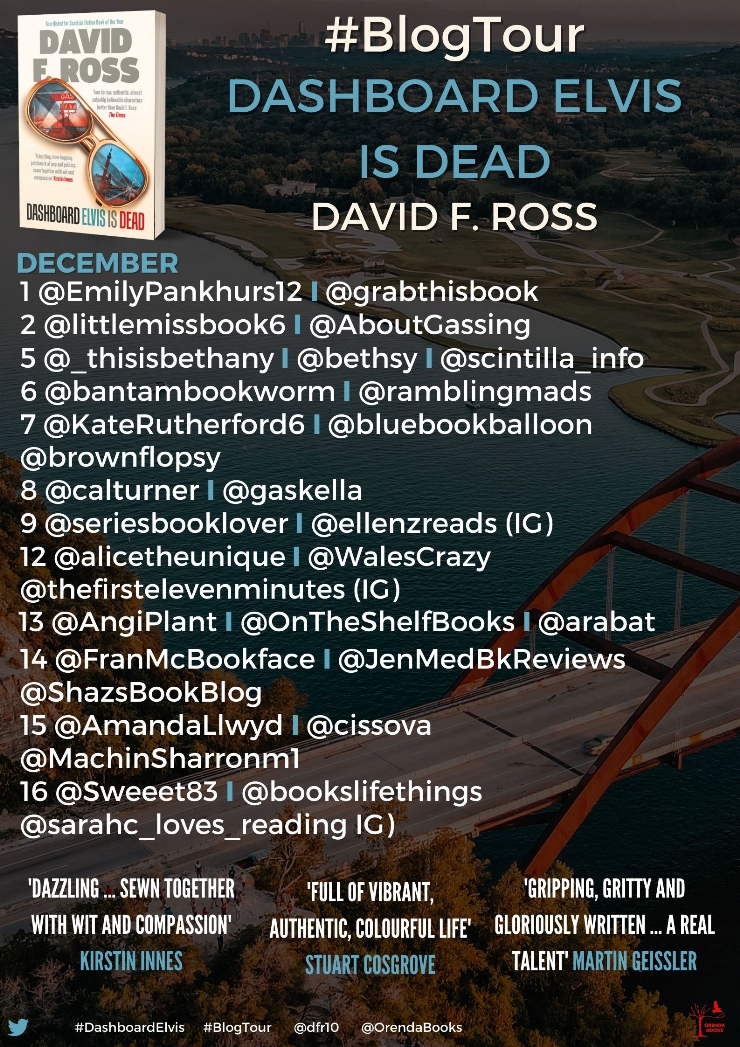