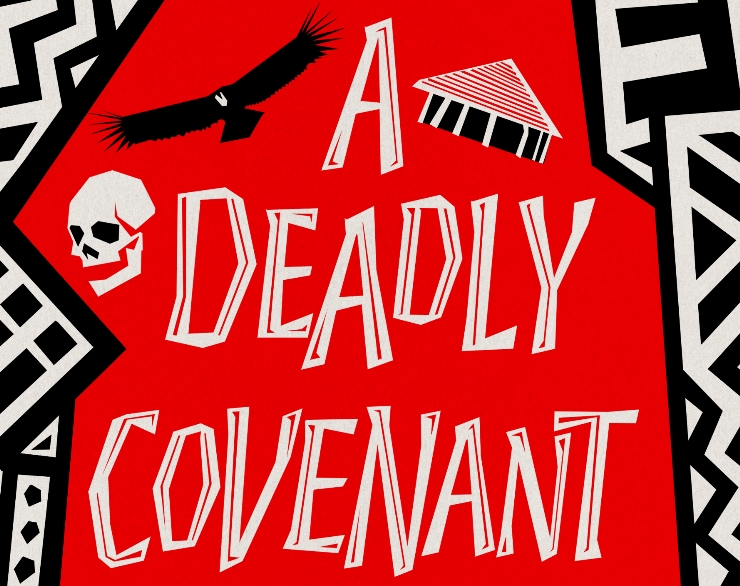 ‘While building a pipeline near the Okavango Delta, a contractor unearths the remains of a long-dead Bushman. Rookie Detective David ‘Kubu’ Bengu of Botswana CID and Scottish pathologist, Ian MacGregor, are sent to investigate, and MacGregor discovers the skeletons of eight more men.

‘Shortly after the gruesome discoveries, the elder of a nearby village is murdered in his home. The local police are convinced it was a robbery, but Kubu isn’t so sure… and neither is the strange woman who claims that an angry river spirit caused the elder’s death.

‘As accusations of corruption are levelled and international outrage builds over the massacre of the Bushman families, Kubu and his colleagues uncover a deadly covenant, and begin to fear that their own lives may be in mortal danger…’ 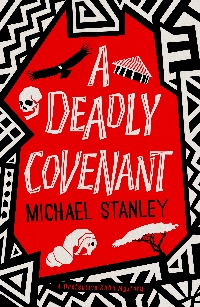 In A Deadly Covenant, by Michael Stanley (aka Michael Sears and Stanley Trollip), the discovery of the remains of nine Bushmen who had been murdered many years earlier sends shockwaves through the local community of Shakawe, Botswana.

There’s already tension in the village, as not everyone’s on board with the local chief Kgosi Rantao’s project to pipe more water into the area in order to create additional viable farmland.

The situation is exacerbated even further when a Bushman, Selelo, turns up to pay his respects to his ancestors; more than one local elder is murdered, or threatened with murder; and protestors set up camp to demand justice for the massacred Bushmen.

It’s up to Detective David ‘Kubu’ Bengu - for whom this is only his second case - and his colleagues to untangle the story behind the massacre and uncover the village’s secrets. But not everyone is as keen on achieving justice as Kubu is…

A Deadly Covenant is a complex story where there’s a lot going on, but it’s easy to keep up with developments as the authors gradually introduce new layers and give you an insight into Kubu’s thought processes as fresh information comes to light.

The fundamental question for Kubu and his colleagues - who have travelled to Shakawe from the country’s capital, Gaborone, to support the provincial police force - is whether the present-day murders are related to the water project, the discovery of the skeletons, or even a combination of the two.

In order to find the answer, they have to dig deep into the area’s history, and question people who resent their intrusion and/or appear to be talking nonsense. The authors build up a multi-layered world where families have lived for generations and people have long memories, and it’s extremely satisfying when the pieces finally fall into place!

There are a lot of personalities involved. This is my first Kubu book (A Deadly Convenant is the eighth, with the latest two being prequels to the previous six) and I found him to be a conscientious, likeable detective-in-training.

This is a huge contrast with Shakawe’s station commander Tolalo Balopi, who takes a “shoot first, ask questions later” approach. Luckily, Kubu can rely on his own superior, Assistant Superintendent Jacob Mabaku, to have his back and guide him in the right direction.

The people the detectives interview in relation to the case also vary a lot in their quirks and temperaments, making them very memorable. They all have interesting, sometimes heart-breaking stories, as well as well-developed, tangled relationships with one another.

It was refreshing to read a crime novel set in modern Africa, as opposed to the West. It was fascinating to learn how the village was organised, about the day-to-day concerns of the locals, and especially about Bushmen and their culture.

Shamefully, I wasn’t aware of Bushmen before, and was shocked to read about their treatment by Motswanas (the ethnic majority in Botswana) both historically and more recently.

While the geography, preoccupations, and customs may differ from those I usually find in a crime novel, the themes of discrimination, corruption, self-protection and aggrandisement, and long-held secrets are universal.

A Deadly Covenant is sophisticated, intriguing, and full of interesting characters. 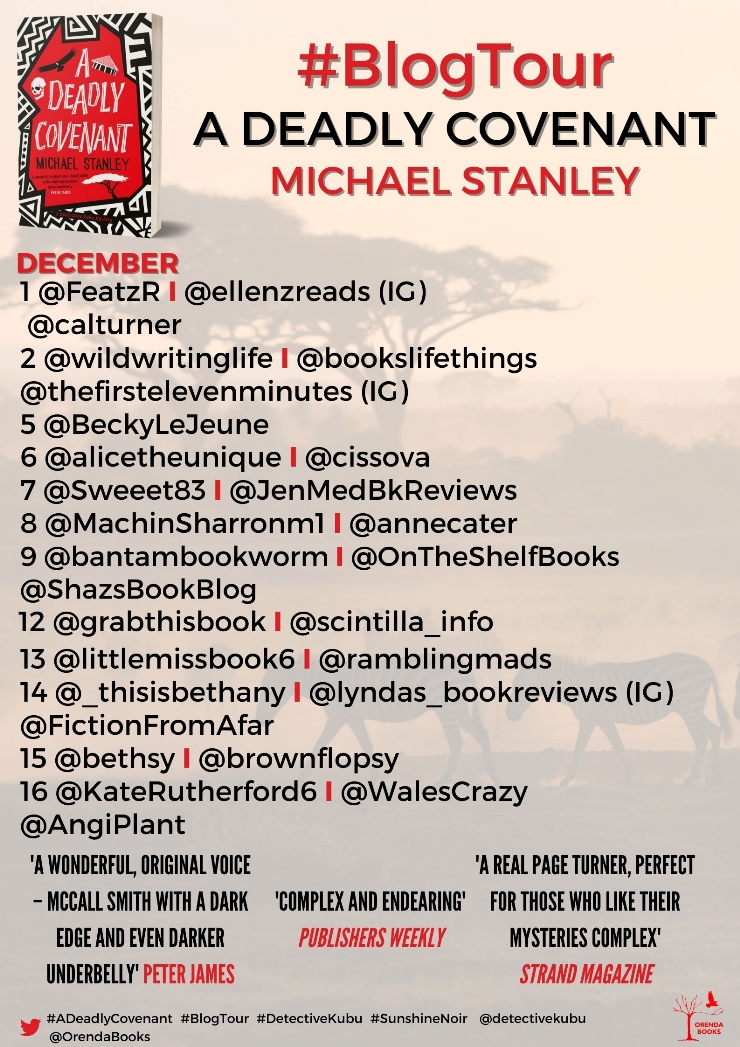