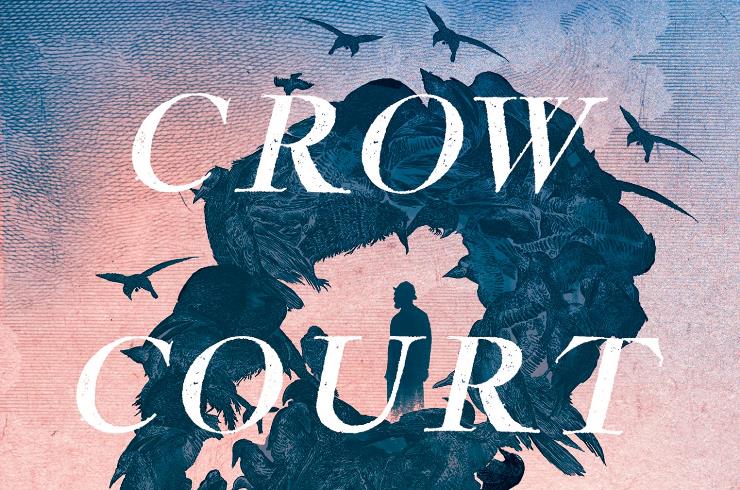 “Spring, 1840. In the Dorset market town of Wimborne Minster, a young choirboy drowns himself. Soon after, the choirmaster — a belligerent man with a vicious reputation — is found murdered, in a discovery tainted as much by relief as it is by suspicion. The gaze of the magistrates falls on four local men, whose decisions will reverberate through the community for years to come.

“So begins the chronicle of Crow Court, unravelling over 14 delicately interwoven episodes, the town of Wimborne their backdrop: a young gentleman and his groom run off to join the army; a sleepwalking cordwainer wakes on his wife’s grave; desperate farmhands emigrate. We meet the composer with writer’s block; the smuggler; a troupe of actors down from London; and old Art Pugh, whose impoverished life has made him hard to amuse. 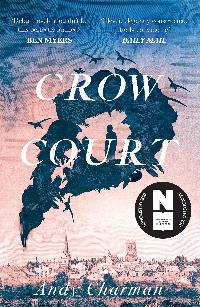 Crow Court, by Andy Charman, revolves around the suicide of a schoolboy, Henry Cuff, and murder of his brutal choirmaster, Matthew Ellis, in 1840. It comprises 14 discrete chapters featuring characters both intimately and loosely connected with the murder, spanning 23 years.

From young children to the elderly, sailors to thespians, the very poor to the very rich, all life is here, whether it originates from, takes place in, or is temporarily staying in Wimborne, Dorset.

The various episodes inspired a range of reactions in me, from fear for characters in peril and shock at revelations relating to the murder, to curiosity and amusement. While a couple of the chapters are primarily written for laughs, you can also find humour in the more perilous, serious and thought-provoking episodes.

Charman creates a really solid sense of place and time. Throughout the book, characters refer to, interact with, or recall the same geographical locations and townspeople, and many characters from Wimborne are given a distinctive accent and dialect. At the same time, they’re far from insular, being affected by contemporary events, technological and scientific advancements, issues of class and severe inequality, and ideas about crime, punishment, religion and morality.

Meanwhile, the events of 1840 and what happened immediately afterwards are never forgotten, whether a chapter focusses on them or only brings them up in passing. Naturally, the four characters most closely and obviously linked to the murder have the strongest reactions and think and talk about it more, but the way it still comes up years later shows the far-reaching effects a shocking event can have on a small community.

Crow Court is a kaleidoscopic collection of connected episodes with an excellent sense of place and time.