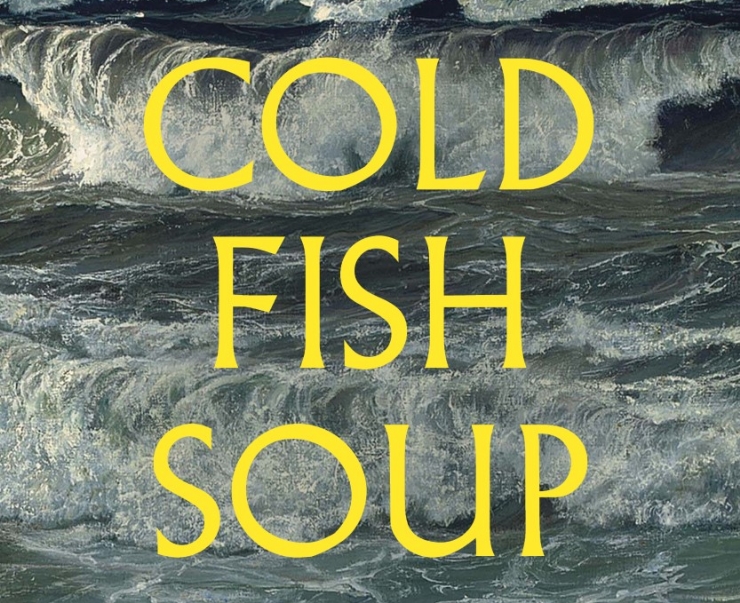 ‘Before Adam Farrer’s family relocated to Withernsea in 1992, he’d never heard of the Holderness coast. The move represented one thing to Adam: a chance to leave the insecurities of early adolescence behind. And he could do that anywhere.

‘What he didn’t know was how much he’d grow to love the quirks and people of this faded Yorkshire resort, in spite of its dilapidated attractions and retreating clifftops.

‘While Adam documents the minutiae of small-town life, he lays bare experiences that are universal. His insights on family, friendship, male mental health and suicide are revealed in stories of reinvention, rapacious seagulls, interdimensional werewolves, burlesque dancing pensioners, and his compulsion towards the sea.

‘Cold Fish Soup is an affectionate look at a place and its inhabitants, and the ways in which they can shape and influence someone, especially of an impressionable age. Adam’s account explores what it means to love and be shaped by a place that is under threat, and the hope – and hilarity – that can be found in community.’ 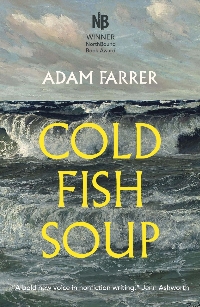 Cold Fish Soup, by Adam Farrer, is a love letter to Withernsea, a small town on the north-east coast that’s seen better days and is quite literally falling into the sea. As well as Withernsea’s landmarks, recent history, and residents of note, he delves into the paranormal, the deceptive allure of the seaside town, his own story, and much more.

If you asked me for just one reason you should read Cold Fish Soup, it would be that it made me laugh a lot. Cold Fish Soup is chock-full of hilarious similes (the title itself is one), metaphors, and anecdotes that had me snorting out loud at regular intervals. Even when Farrer is dealing with heavy topics, there are glimmers of humour that put a smile on your face and highlight the many ways that life and the human condition are ridiculous.

This book is also very relatable, whether you’ve lived in an end-of-the-line (or beyond if, like Withernsea, it got cut off by Dr Beeching in the 1960s) seaside town or not (I have, for the record). Farrer writes at length about trying to use his family’s move to the town when he was 16 to change who he was and make a good impression on new people, having been unpopular and bullied in his previous school in Suffolk. Been there, with the same level of success, starting secondary school and university!

He describes how he made a friend, Alex, and they started a band that was more aesthetic than musical, putting me in mind of when me and my best friend decided to do the same, and subsequently spent an afternoon thinking up a name for it, rather than actually creating any music.

As well as writing movingly about the tragic suicide of his brother Robert, Farrer examines his own experiences of depression and passive suicidality, a recurrent “not actively wanting to die, but not feeling massively attached to being alive either” state that I’m all too familiar with.

Farrer’s writing style and subject matter - intersecting place, people, and the personal - put me in mind of one of my favourite writers, Tom Cox. What’s more, both authors are of similar ages and social backgrounds, have written about music and being in amateur teenage bands in the early 90s, and are very passionate about water and swimming. This is a great thing, as the world (or I, at least) needs more funny, quirky, sincere, amorphous non-fiction like theirs. 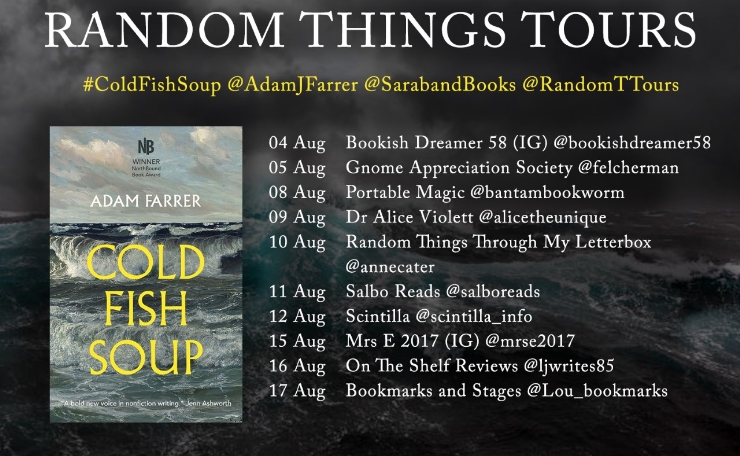