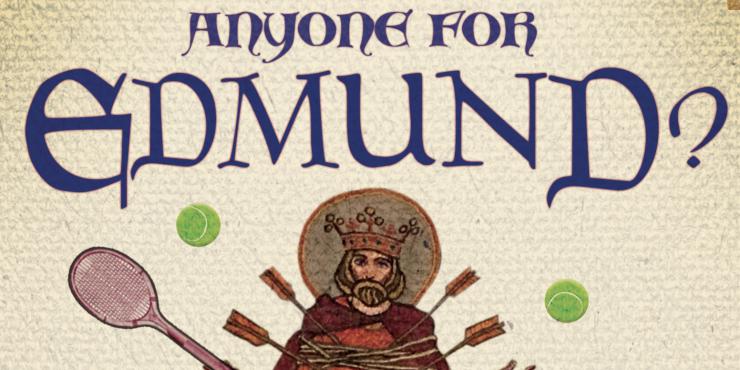 “They dug up his bones. They didn’t know he had a mind of his own.

“Under tennis courts in the ruins of a great abbey, archaeologists find the remains of St Edmund, once venerated as England’s patron saint, but lost for half a millennium.

“Culture Secretary Marina Spencer, adored by those who have never met her, scents an opportunity. She promotes Edmund as a new patron saint for the United Kingdom, playing up his Scottish, Welsh and Irish credentials. Unfortunately these are pure fiction, invented by Mark Price, her downtrodden aide, in a moment of panic.

“The only person who can see through the deception is Mark’s cousin Hannah, a member of the dig team. Will she blow the whistle or help him out? And what of St Edmund himself, watching through the prism of a very different age?” 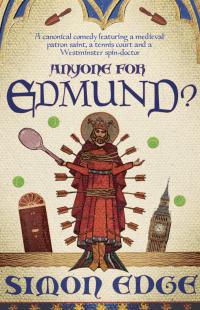 Anyone for Edmund? is such a good book - I read most of it over the course of one afternoon. It’s a lot of fun to watch hapless Mark’s fabrications lead to more and more unforeseen consequences which he tries to contain with increasing desperation, culminating in a farcical unintended overnight stay at Bury St Edmunds Cathedral. At the same time, you do feel sorry for him, and hope he comes out unscathed. He works in a toxic, highly-pressured environment, after all, and he’s a likeable character with family and friends who do what they can to help him once they’ve stopped laughing at him.

The descriptions of life in the Westminster bubble are sharply observed, featuring a host of believably workaholic, neurotic, and egotistical characters, as well as situations that wouldn’t be out of place in The Thick of It. I often cringe at descriptions of TV shows and newspaper columns in books but that absolutely wasn’t the case here - they’re totally spot-on in terms of style and tone (it helps that Edge is a former journalist!).

It’s clear that a lot of research went into this novel, and it’s well-incorporated into the story. It was also great to read a book that is so focussed on East Anglia and its history, as I’ve lived in the region for 25 years (and counting) and know some of the places mentioned. Even so, I knew next to nothing about St Edmund before and came away feeling a lot better informed. And as I worked for Suffolk Libraries up until a few months ago, it was exciting to see a helpful member of staff from Long Melford Library get a namecheck in the afterword!

With my erstwhile historian hat on, this novel makes some very good points about how history isn’t static, and how those who have or seek power change the narrative to suit their own ends - in fact, I think it would be a perfect addition to the reading list of any first-year ‘What is History?’ course. Edge uses the term necrobiography to refer to an account of someone’s life that also takes in posthumous additions to, and distortions of, the narrative, and while I hadn’t come across the word before, the concept is familiar to me - Arthurian legends spring to mind.

Quite aside from the obvious - the made-up facts Mark adds to Wikipedia that are subsequently picked up by national news outlets - there’s a lot about how the image of St Edmund has been appropriated since his death in the ninth century. Marina’s critics point out that English oppressors used Edmund’s name and flag when they attacked people in Scotland, Wales and Ireland - and Mark argues back that these events were hundreds of years after Edmund’s death, so Edmund can’t be held personally responsible for them, or regarded as an enemy of those nations on that basis.

What’s more, Marina and her team are adding to Edmund’s necrobiography with their own, very public and debate-provoking take on his sympathies and importance, showing how history is alive and constantly being remade. Meanwhile, old legends of the power of his earthly remains are revived as their discovery renews people’s interest in him - and, quite possibly, the power itself…

Anyone for Edmund is a pin-sharp satire that highlights how history is continually rewritten, re-evaluated, and used to varying ends. 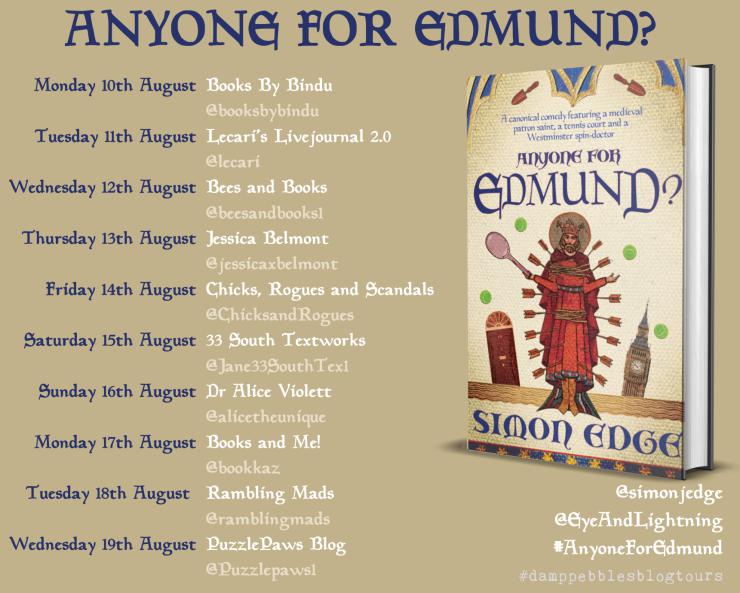