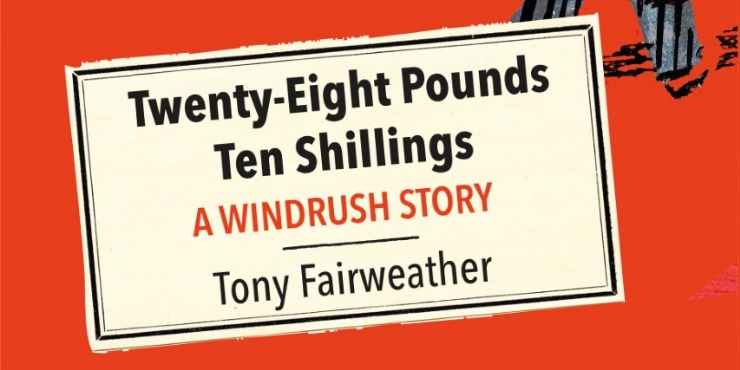 “It is 1948, and post-war Britain is on her knees. The call has gone out to the British Empire for volunteers to help rebuild the ‘Mother Country,’ and young men and women from across the Caribbean have been quick to respond, paying the considerable sum of £28.10 shillings to board HMT Empire Windrush – the ‘ship of dreams’ that will take them to their new lives.

“Meet Mavis, a 22-year-old Trinidadian nurse who just wants to see the world. Chef, the best cook on the island, desperate to get to London and his wounded soldier son. Norma, who wants to teach the British how to teach, and her funny best friend Lucretia, who is sure that every man wants her, and that English food is very… English.

“Their epic journey took two weeks, but for some it was a lifetime. Friendships were made and broken. There were love affairs and fights; dancing and dominoes; gambling and racism. Many of the young people on board that ship had never left their parents or their parishes, let alone their islands. Their lives would never be the same again.” 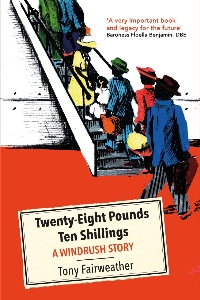 In Twenty-Eight Pounds Ten Shillings: A Windrush Story, by Tony Fairweather, we follow a variety of characters on the two-week journey from Trinidad, Mexico, Jamaica, and Bermuda to Britain on the Empire Windrush in 1948.

While I’ve read quite a few stories about Caribbean people who migrated to Britain after WWII, this is the first one I’ve come across that goes into any sort of detail about the sea crossing, let alone focuses on it. This makes Twenty-Eight Pounds Ten Shillings an original and especially interesting read, adding an extra dimension to my knowledge of what life was like for the Windrush generation.

For example, I learned that the new arrivals weren’t necessarily completely surprised by the racism they faced when they docked, as they would have experienced it on board from some white crew members, soldiers, and military police officers. They would also have heard from various sources that not everyone in Britain shared the welcoming sentiment in the King’s invitation to come to live and work there. Something else I didn’t previously know was that some of the migrants came from Mexico.

Being privy to so many characters’ thoughts, hopes, and fears gave me a renewed appreciation of how everyone had different motivations and plans for their new life in the ‘Mother Country’. I felt sad knowing that at least some of the characters wouldn’t be allowed to do the jobs they had trained for, and were looking forward to doing, in Britain, and many would have to deal with poor accommodation, discrimination, and (more recently) exile from a country they’d made their home.

This book also successfully conveys how people quickly form relationships and a community when they’re in an unfamiliar situation together. While some of the passengers are travelling in groups of friends of relatives, it doesn’t take long for those who are on their own to make genuine friendships, or groups to link up, and I’d love to read a ‘where are they now?’ follow-up set a few years down the line!

Romance also blossoms for several characters on board, and some of the women characters really come into their own as they explore and consolidate who they are and who they want to be, along with their beliefs and sexuality, among so many of their peers away from the watchful eyes of their home communities. The dances, with music supplied by a Caribbean band and DJ, are exciting and joyous.

However, it’s not all fun and games. As mentioned above, the characters have to contend with racism, from off-hand remarks all the way up to a nasty rape which is, at least, treated very seriously. There are even a few (not necessarily race-related) incidents where characters are killed and seriously injured. This adds another layer of drama that kept me turning the pages, but I’m guessing (hoping!) none of the real sea crossings had such a body count!

Twenty-Eight Pounds Ten Shillings is original and interesting, and made me feel all kinds of emotions. 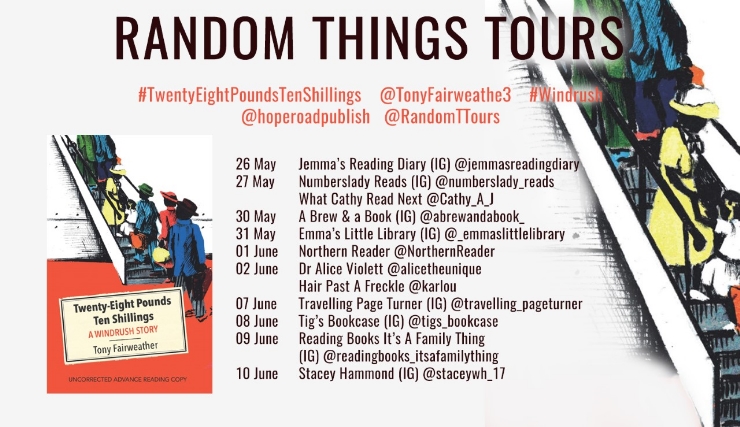