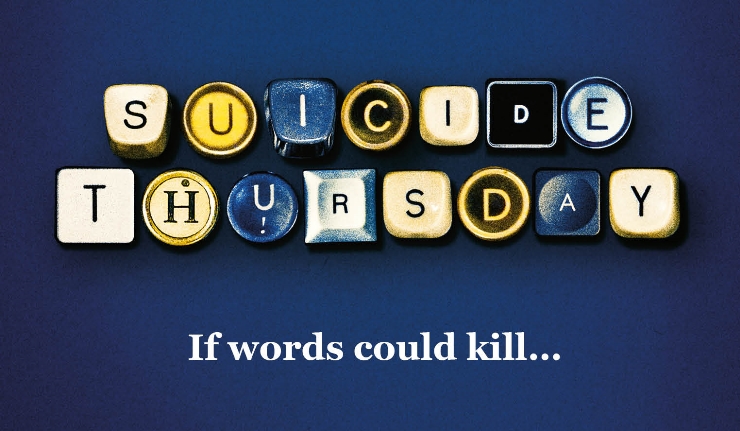 ‘He hates his job, but can’t seem to quit. He doesn’t want to be with his girlfriend, but doesn’t know how end things with her, either. Eli wants to write a novel, but he’s never taken a story beyond the first chapter.

‘When his best friend kills himself, Eli is motivated, for the first time in his life, to finally end something himself, just as Mike did…

‘Except sessions with his therapist suggest that Eli’s most recent ‘first chapters’ are not as fictitious as he had intended… and a series of text messages that Mike received before his death point to something much, much darker…’ 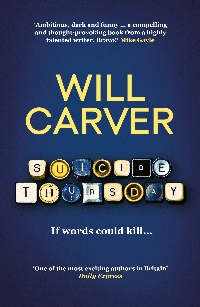 In Suicide Thursday, by Will Carver, we meet Eli Hagin, an aspiring writer who’s written hundreds of first chapters and not got any further. He works in a marketing job he hates and is in a lukewarm relationship with an office worker named Jackie, yet can’t seem to be able to leave either of them.

When his best friend, Mike, dies by suicide, Eli is devastated, but also strangely inspired to put an end to at least one thing he’s been meaning to.

As you might expect from Carver by now, this is a novel that throws convention out of the window. Suicide Thursday jumps between perspectives and times in the days leading up to, and following, the eponymous day of Mike’s death.

The reader is additionally privy to Eli’s conversations with his therapist, a selection of his abandoned “first chapters”, and a stream of text exchanges between Mike and an un-named enabler - is Eli less of a friend than he makes himself out to be?

Suicide Thursday is also notable by its complex characters, which are something else Carver excels at. Eli, Jackie and Mike’s less charitable thoughts and actions are put on display, but you nonetheless feel sympathy towards them because you see their better natures too, and give them grace because they experience inner conflict, self-contradiction, and irresolution, and fail in ways we all do sometimes.

Eli in particular has a lot to him as he really cares about, and generally acts considerately towards, people he likes, makes sharp observations you can’t help but agree with (including a harsh - but refreshingly honest - eulogy at Mike’s funeral), and has unresolved grief for his mother.

What’s more, his “first chapters” are genuinely good and striking (well, they are written by Carver), and I could very much relate to his losing momentum and not getting any further with them. Most of them are complete in themselves anyway (not to mention, my own solution has been to not aim to write something long), and I’d read the hell out of an Eli Hagin/Will Carver short story collection!

This novel also gives you pause to think about what it’s like to be suicidal, and how people respond to suicidality. As Eli explains, Mike was beyond the point where statements along the lines of ‘look at all these things you have to live for’, ‘things will get better’ and ‘you’ll hurt all these people who love you’ landed with him, because he lost the capacity to see the good and imagine things getting better, and truly thought him dying would make things better for everyone.

When it comes down to it, all statements like these do is serve to help those left behind reassure themselves that they did the best they could. While the messages encouraging Mike to end his life are unethical to say the least, they do affirm and validate, rather than dismiss and deny, his very real feelings, and they are what he wants to hear. If he was always going to do it anyway, I think these messages would have made him feel less alone in his final days than anyone who refused to discuss his thoughts because it made them uncomfortable and upset.

It’s complicated, and I admire Carver for tackling this emotive and controversial subject so unflinchingly. 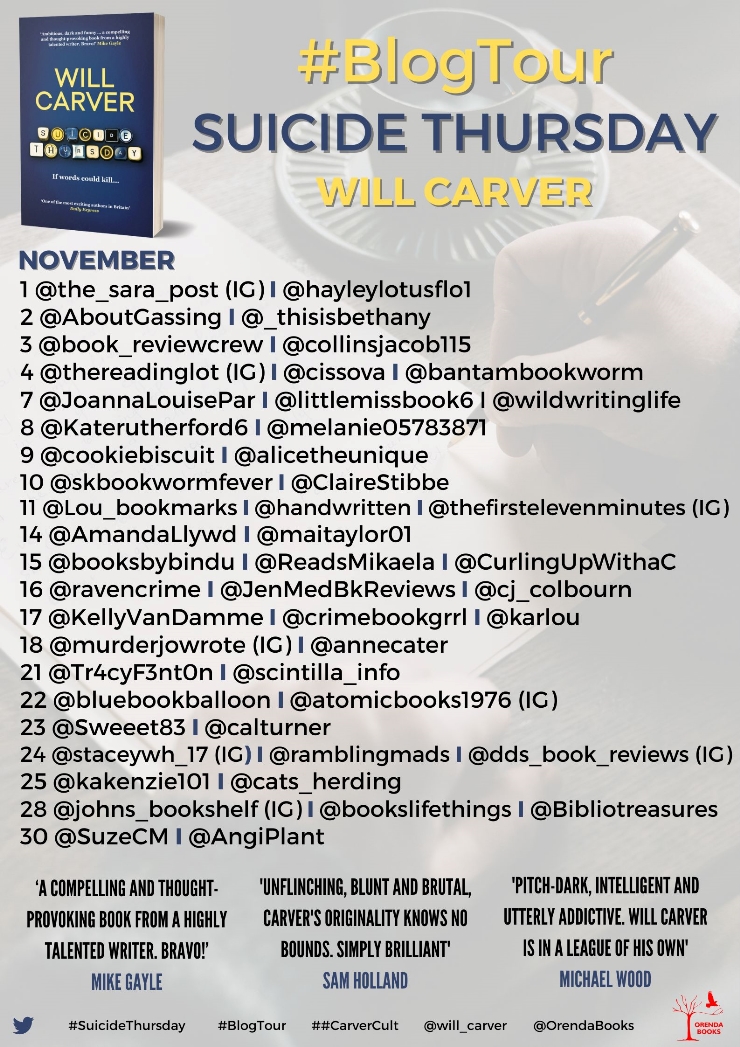