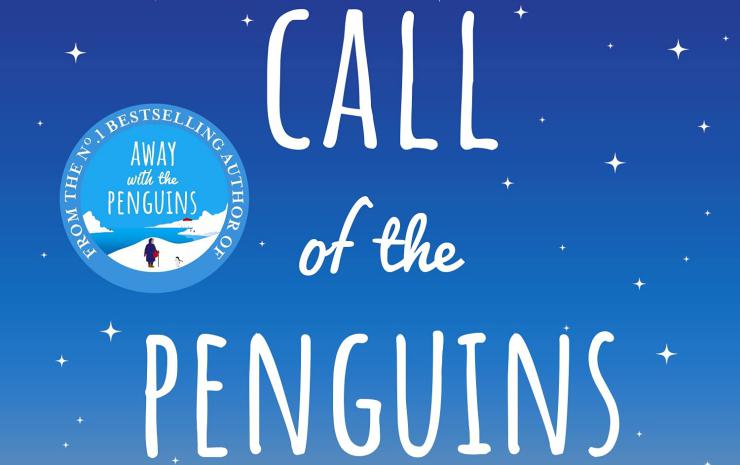 “Fiercely resilient, singular, always well turned out, Veronica McCreedy has lived an incredible 87 years. Most of them alone, in her huge house by the sea. Veronica has recently discovered a late-life love for family and friendship, adventure and wildlife. More specifically, she has found a love for penguins!

“When she’s invited to co-present a wildlife documentary, far away in the southern hemisphere, she jumps at the chance. Even though this new adventure it will put her in the spotlight, just when she thought she would soon fade into the wings. Veronica might just be about to find out that perhaps it’s never too late to shine?” 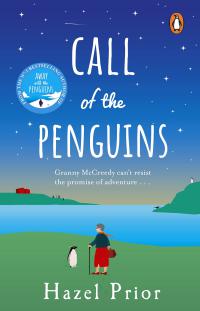 In Call of the Penguins, by Hazel Prior, we get to find out what happens next for the characters we got to know and love in Away with the Penguins, including reformed grumpy old woman Veronica, her long-lost grandson Patrick, penguinologist Terry, Daisy, an irrepressible nine-year-old living with cancer, and young penguin Pip. We also get to meet some new characters, such as naturalist and national treasure Sir Robert Saddlebow, and rockhopper penguin Petra.

Veronica and Daisy are off to Bolder Island in The Falklands, Veronica to present a documentary on penguins alongside Sir Robert, and Daisy to film for I Wish, a programme that grants wishes to ill children. It’s not long before things start to go pear-shaped, though.

When Veronica learns that Patrick and Terry have split up, she pays for Patrick to go to Canada to find out more about his father, the illegitimate baby she unwillingly gave up for adoption in the 1940s. What he finds out brings her anti-social side back to the fore, leading her to alienate her new colleagues with an outburst. Meanwhile, Terry is dealing with problems of her own on Locket Island in Antarctica.

Like its predecessor, Call of the Penguins is a page-turning tale of characters with very human flaws not always getting things right, but ultimately doing the best they can and redeeming themselves, warming your heart in the process. It’s realistic that Veronica hasn’t undergone a complete transformation following the events of Away with the Penguins and continues to reflect on the negative traits that she still displays from time to time. Similarly, Patrick’s own demons haven’t magically disappeared, but like Veronica he is nonetheless in a better place to deal with them this time around.

Just as this novel doesn’t shy away from hard-hitting themes in the human world, it doesn’t gloss over the cruelties of nature. We meet a lot of adorable penguins and learn a lot of penguin facts, but we also witness first-hand the danger they face from their natural predators and human irresponsibility alike. There’s a clear message about how we can all do our bit for conservation.

In Call of the Penguins, Hazel Prior effectively addresses big topics through the medium of a heart-warming, highly readable story.