This week I had the opportunity to view Age Exchange’s ‘Children of the Great War’ film, followed by a question-and-answer session with the film-makers.  This hour-long film was one of the results of interviews conducted with more than a hundred people about stories they had regarding their family in the First World War, a reminiscence project that also incorporated digitising thousands of war-related artefacts owned by members of the public for the Europeana archive. I enjoyed the film, and at the same time it raised questions for me about the similarities and differences between the concerns of historians and artists such as film-makers.

On the more technical side, although I can sit and read books for hours, TV and films don’t usually hold my attention for long periods, so something I personally liked about this film was that there were always two pictures on the screen at once - usually a person talking on the left and pictures of artefacts or war scenes on the right, meaning there was always something to concentrate on or somewhere else to look when I felt a bit uncomfortable looking at a close-up of an interviewee’s face for too long.  It also made the display of artefacts more ‘natural’, and allowed more of a focus on them than if, say, the interviewee just held them up to the camera.  Seeing the pictures and diaries made certain stories even more poignant - for example, a photograph of two brothers who died within days of one another.  An advantage of visual interviews over interviews that are just audio, as in oral history, is an obvious one - you can see who or what people are talking about.  Although I’ve taken photos alongside oral history interviewing, I’ve never had an occasion where I’ve found photographs alongside an oral history recording.

More generally, the stories which were selected for the film (13 in total) were fascinating, and things came up that I’d never really thought of before in relation to the War.  One descendent’s account was about a woman who found out her husband had died when she was pregnant with her fourth child; the shock gave her hysterical blindness.  A few years later, the family was so impoverished that she had to put her two eldest children into the workhouse.  The welfare state came into being pretty soon after the Second World War, but for some reason I’d never really thought about the thousands of families who lost their wage-earners in the First World War and didn’t have that safety net.  Another topic a couple of interviewees talked about was relatives going to visit the graves at Ypres and the Somme, sometimes many years after the War had ended.  That was a reminder to me that just because a war’s declared over, doesn’t mean its effects go away - indeed, interviewees were very emotional about events in their family from a century ago, before they were born, demonstrating that this legacy is very much ongoing.

A potential issue with the film (and the project more widely) for me, as an historian, was that, as the film-makers were keen to stress, they are artists and not historians.  That meant they didn’t really think (or need to think) about the veracity of the stories, or whether they had mutated over time - as they also emphasised, reminiscence and oral history are two very different things.  That doesn’t make their work invalid by any means - history has many purposes in my view, one of which is creating stories and promoting creativity in general, which is why I’m also far from sniffy about historical novels.  I see no reason why historians couldn’t use their interviews in their research, they’d just have to make clear the limitations of the source - much the same as I’ve had to do for my oral histories and autobiographies.  I think about 15% of my thesis will just be source bumf - how I envy journalists who write history books and can just pretty much get straight to the point!

The film-makers also pointed out that the people they interviewed might have been more likely to open up to them than to historians, because they often thought that their stories were unimportant and not of use to historians.  Although I very much believe in doing full-life oral history interviews, asking an interviewee about EVERYTHING in their life so links can be made and future historians can get more from the material, I’m guessing that by extension, a lot of these interviewees would have been intimidated by or felt not worthy of a full-life interview.  Asking someone for their story about WWI and why it was important to them, as the interviewers did, may not seem like much, but it nonetheless preserved accounts that would otherwise be lost, and incidental details about family life and suchlike would also be told by interviewees as they gave the context for their stories, which also provided historical insight.

The film-makers also distinguished themselves from historians by saying they were concerned with emotional truth than historical truth.  I think we have more in common than they think!  Certainly, my work on autobiographies on oral histories is more about the former than the latter, as we can’t be sure how much people’s memories distorted their accounts, but can assume that if they remembered an event and had strong feelings about it, it was very important to them.  I generally deal a lot in the thoughts and feelings of only children, be it their perceiving that they were in some way ‘different’ to other children (often for reasons external to being an only child), how they felt about their families, how they felt about school, or the pastimes they liked and disliked.  And it might just be because my Twitter feed is full of historians whose work I’m really interested in or relates in some way to mine, but there are quite a few of us out there engaging with perceptions rather than ‘facts’! 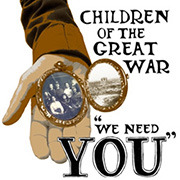