It’s another one of those weeks where I have nothing ‘big’ to write about, but a couple of things I did have sparked off other thoughts I can set out a bit here.

I’m mostly doing the final bits of reading I need to do before I start writing my first (or is it second?  I never know if the literature review counts as a chapter or not) chapter.  The big order of the week (and next week too, as it’s turned out) is the history of psychology - in particular, how it got from the psychologists to the public living out or repeating their ideas as I showed in the Mass Observation responses a few weeks ago.

In a stroke of amazingly good timing, Richard Overy did a talk at my university this week about the history of psychoanalysis, and how it wormed its way to general acceptance.  Although I’m not sure how psychoanalysis is going to fit into my work yet (psychoanalysists seem annoyingly reticent on the subject of only children compared to their rivals, the psychologists), the talk was really engaging and although it was of standard length, when it ended I felt I could have happily listened to more.  Also, he did weave in a history of psychology in Britain, as you kind of need that when you’re talking about psychoanalysis, and mentioned a few familiar names from the period too.  He gave a very helpful answer to my question at the end about how Joe Public found out about psychological ideas, and it turns out public lectures were a primary source of information.  Alas, I can’t just say ‘people found out about psychology from public lectures, books, and the radio’ as he said in answer to my question, but I should actually read some books.  In fact, I had tried a couple of books from the library on the history of psychology, but they seemed a) concerned with America and b) not specific enough.  It’s not enough to know that psychologists started by making themselves useful to the expanding education sector and this SOMEHOW JUMPED to parents.  How did parents find out about the books, and why did they read them??

As well as growing awareness about psychology, I’m guessing that fashion was a factor too - fashion in parenting, and a fashion for things with ‘scientific’ backing.  Also, if C. W. Valentine is anything to go by, the 1950s were a time of ‘actually, calm down, your children are probably not going to turn into maladjusted adults’.  So I also hypothesise that everyone answering the M-O surveys were a bit behind because hardly any books on child psychology (or anything else, for that matter) were coming out during the war, so they were still relying on the 1920s and ’30s doom-laden messages.

Anyway, after extensive use of journal articles and the library catalogue, I’ll be reading Nikolas Rose, Graham Richards, and Mathew Thomson next week.  Amongst many, many other things I added to my ‘to-read for the next chapter’ list and never got round to reading.

So what else have I been up to?  Well, today I’ve been at the BL (in fact, I’m still there, blogging in the cafe like the pretentious hipster I clearly am), and I managed to transcribe one oral history interview and start another one.  I’m only up to my sixth, but so far, people’s experiences of being only children have been pretty disparate, and I’m not sure if I can really do a big table and say ‘x number of people felt x because of x’.  I’m wondering if a collection of case histories is a better approach as they just have so many different experiences and family circumstances, not to mention that the questionnaires weren’t quite as uniform as I would have hoped.  And sometimes they only say a little bit about being only children, or there are things where I don’t know if they can be related to their being only children or not.  Only one person seemed to have anything all that negative to say about it, really, and one factor in that was that his parents were a bit neglectful.  I was prepared - in fact, I hoped, because that would disprove a lot of myths! - that there would be a variety of experiences and people’s lives wouldn’t be predetermined or disadvantaged by having no siblings, but how to lay it out?  Excerpt-analyse-excerpt-analyse?  A few excerpts showing the same thing followed by analysis?  And generally, I hope I can find enough to say!

Next week: more reading, more transcribing.  Also that internship interview - eek!  The week after, I get to be on the other side of the table, conducting my first oral history interview, which is exciting.  I think I’m currently more worried about getting the heavy digital recorder and microphone on the bus than the actual interview! 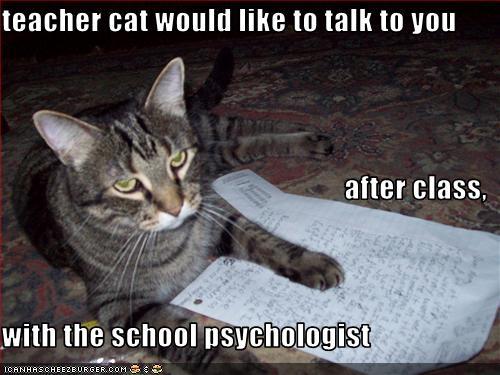