Inspired by Helen Rogers’ great recent post for The Voice of the People online symposium, this week I’m going to write about one of my most complex only children: poet and novelist Cecil Day Lewis (1904-1972).  As Helen points out, while Big Data certainly has its place in historical study (and it’s something I’m currently learning a lot about in order to widen my employability horizons), there’s also a very important place for intimate, deep reading of texts.  In fact, my thesis is basically a bunch of in-depth case studies formed into a vague order, with commentary, and Big Data appeals to me as a way of starting off with a large dataset, but then focussing in on interesting individual details.  Day Lewis’ case shows how what might be deemed typical ‘only-child’ behaviour is a lot more complex than it would seem on the surface, and possibly not even the result of being an only child at all.

The first theme I am going to look at here is parenting.  Day Lewis’ mother died when he was four, and he was largely raised by his father and his mother’s sister, Knos.  He attributed characteristics he had that might typically be associated with an only child to his motherless state; specifically, he felt he was ‘slow to grow up’, and had a particularly intense relationship with his father for this reason.  On the other hand, he pointed out that he was not like the stereotypical only child in that he did not have the ‘vivid fantasy life’ or ‘hero-fantasies’ which he explicitly associated with only children.[1]

Day Lewis’ intense relationship with his father was a theme that occurred throughout his autobiography.  Although there is a stereotype of only children receiving a suffocating amount of love from their parents who have ‘put all their eggs in one basket’ and don’t have multiple children to divide their attentions between, it seems reasonable to put a lot of Day Lewis’ early experiences with his father down to the loss of his mother.  As he put it:

‘Relying solely on my father for that spiritual infusion which a child can accept only from a parent, and receiving from him the full force of a love which had nowhere else now to turn, created between us a bond of abnormal tension: throughout childhood, I hero-worshipped him; and later, when the bond began to strangle me, my struggle to break free was all the more painful for both of us.’[2] > > ‘[My father] sought to be both father and mother to me, while I for my part was something more to him than his loved and only child.  I was a receptacle for the love also which he had given my mother, the basket in which he would henceforth put all his eggs‘.[3] > >

The rift that developed between Day Lewis and his father as he grew up appeared to have been caused, or at least exacerbated, by a mixture of illness and loss of faith on Day Lewis’ part, rather than being directly to do with his being an only child.  Day Lewis’ father was a curate, which made things increasingly difficult for his son, as while suffering from diphtheria when he was eight, Day Lewis had a horrifying vision of eternity that put him off the Christian idea of eternal life, and when he was 14, a bout of measles cemented his loss of faith.  His father’s response was to send him a letter (Day Lewis went to boarding school), saying ‘you have broken my heart’.[4]  Matters only got worse when Day Lewis’ father married a woman his son did not like.[5]  These circumstances seem to be only weakly linked, if at all, to Day Lewis’ being an only child.  We will see that Day Lewis’ father’s profession had further effects later on.

It might have been a combined effect of being an only child and being motherless that caused Day Lewis’ father to provide him with an excessive number of Christmas presents every year, including a ‘whole trunkful’ of presents for his sixth or seventh Christmas, and this seemed to induce in his son a ‘spoilt’ personality: ‘there never seemed quite enough.’[6]  However, it is difficult to imagine that his father would have been less snobbish about the idea of Day Lewis mixing with the boy scouts (’rather a mixed lot’) or the local working-class/lower middle-class boys when they relocated to Nottinghamshire in his mid-teens, if there had been more children in the family.[7]  These actions made Day Lewis feel isolated, as a typical only child might, but because of his father’s attitude rather than due to only-ness.

The second theme I’d like to address is Day Lewis’ experiences with adults other than his father, and how these fit in with the only-child stereotype.  Only children were supposed to be overly-confident with adults because they spent a lot of time exclusively in their company and received an excessive amount of praise and attention from them.  Day Lewis certainly seems to have partly fit the stereotype.  He described how he was gregarious with his father’s ‘lady parishioners’:

‘When I was alone with these ladies, I chattered away; but, if my father or Knos were there, I often fell silent, for I liked being in the limelight – a normal enough characteristic with spirited children, only children especially…’[8] > >

He also described how he was relatively isolated during summers of his early childhood, when he and Knos visited another aunt and an uncle in Ireland.  However, this did not bring him undue favour with these adults:

‘Although I was the only child there, the household did not at all revolve around me, and so the adult world pressed only lightly upon me.  My aunts and uncle had, I imagine, no theories about child upbringing, and therefore little anxiety over it.  Indulgent they certainly were; but since they themselves had been brought up in a large family, they knew instinctively the steadying effect upon a child of having its on status within the group, of “knowing its place” and living my a natural system of degree under which the demands of the younger are not given automatic priority over the rights of the older; and so their indulgence to me was neither capricious nor enervating.’[9] > >

Nor did Day Lewis believe that so much adult company made him ‘precocious’, as it was believed to do to many only children; he determined ‘to preserve [my] own integrity, to be [my] age and not a day older’, as he felt some other only children also chose to do, and rejected ideas that were too ‘adult’ for him, rather than attempting to understand them.[10]

For my third and final theme, I’m going to address Day Lewis’ relationships with other children.  Unlike the ‘typical’ only child, he was keen on the company of other children, and even looked forward to starting prep school, at the age of eight, on the basis that he would get to mix with boys of his own age.[11]  He preferred small groups and parties to large ones,[12] but that could just as easily be attributed to natural introversion as only-childness.  His case challenged the myth of only children being bad at sports, especially team and contact sports, because they are supposedly used to being allowed to win, unused to rules, and unused to ‘rough and tumble’ he was captain of the football and cricket teams at prep school, and played rugby at public school.[13]  Nevertheless, he had a feeling of being an ‘outsider’, not due to being an only child, but, according to him, due to his father’s profession, which he felt set him apart from others.[14]  He consequently had an obsession with ‘fitting in’, which might not be associated with a ‘typical’ only child, who might be supposed to revel in their independence, and want to be ‘special’.  To this end, he was disproportionately embarrassed when his father made him wear leggings to prep school on wet days, was disgusted to see the back of his head in a mirror and find he had a ‘drake’s-tail of hair’ which none of the other boys at school had, and felt that his ‘outsider’ status was increased after an operation on a sebasceous cyst when he was 16, which left him with a scar on his chin, and unable to play games for a few months.[15]

This post has hopefully shown, then, that there is a lot of value in a case study of just one individual.  By using lots of different cases, I hope that I am putting together a convincing argument that only children were, just like all human beings, very complex.  They conformed to stereotypes in some way but not others, conformed or didn’t conform to them for various reasons beyond being an only child, and their experiences changed over time as, for example, they grew in confidence or experienced increasing distance (whether natural in adolescence or dramatic) from their parents. 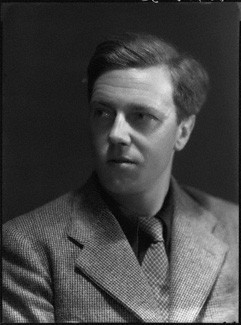