Last weekend, a friend and I visited the abovementioned exhibition, which showcases for the first time a curated collection of items from the Metropolitan Police Museum, also known as the Black Museum.  Until now, these have only been available to view to a limited number of people, and the popularity of the exhibition demonstrates how many people have been intrigued and fascinated by this hidden collection.

I liked this exhibition because it was all about stories, rather than being all ‘LOOK AT THIS THING THAT WAS USED TO MURDER SOMEBODY’ without any context.  Sure, there were things that would give a thrill to those who like the gruesome - I prefer the creepy to the gruesome myself, which is why I’m currently binge-listening to the Black Tapes podcast - such as knives that were used to murder people, and ropes that had been used to hang felons.  The murderers’ death masks around the top of one of the rooms was a bit unnerving.  But there was context - we were told the stories of all the people who had used those weapons, or been hanged by those ropes, and their victims, and also given an insight into the development of police procedure (more on that later).  There were also everyday objects belonging to perpetrators and victims on display, which gave a sense of them as people.  My favourite part of the exhibition, though, was the part of a room where several different cases of murder or assault were given their own ‘box’, in which items were displayed and the story of each case was given, from beginning to end.  I’ve mentioned many a time that a strong ‘narrative’ aspect is what makes a museum stand out for me, and I was fascinated by these stories of spurned lovers, lives changed in an instant, secret boltholes, detective work, red herrings, and the search for justice.  I’m also a sucker for old photographs, newspapers, and news footage, of which there was plenty.

I also found this exhibition to be a good complement to the Forensics exhibition I saw at the Wellcome a few months ago now.  As I mentioned previously, there was some focus on how the police solved the crimes, including breakthroughs facilitated by what was new technology at the time.  For one of the cases, the investigators had recreated the scene in miniature, and a few of those small items, as well as a photo of them in situ, reminded me of the Nutshell Murder Scenes, which interest me hugely, and satisfied my love for miniature everyday objects.  As someone who devours crime novels, especially police procedurals, it was satisfying and intriguing to see how cases were solved.

However, it wasn’t just murder and assault cases that were on display - there were also items relating to con artists, spies, and terrorism, for example.  Again, not only were the items they used interesting (messages and decoders hidden in hollowed-out everyday objects) and shocking (nail bombs), but I liked to see how people were caught and plots were foiled by Intelligence.

The only thing I didn’t like about this exhibition was that it was VERY BUSY - probably partly my fault for going on a Saturday, though I can imagine there will still be a lot of people wanting to see it throughout its run.  It’s a shame, though, because there were some parts I would have liked to have spent a little more time looking at, rather than feeling that I had to move along so as not to be in somebody’s way. 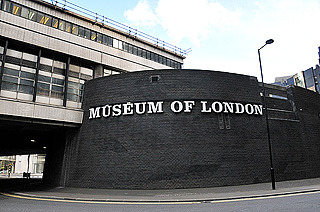