This week I’ve been writing.  A lot.  I’ve produced nearly 2,000 words more than I expected to in the amount of time I’ve had, and a topic (the Mass Observation Family Survey) I thought would take up 4,000 words maximum has just hit exactly 8,000 (pre-editing, of course, and with a couple of bits I know I need to add).  It’s been like Lisa Simpson and the tap shoes, but with academic writing.  I’m doing it because my next board paper is due on 9th June, the actual board being on the 19th.

A few weeks ago I said I wasn’t sure if I liked the actual act of academic writing so much as having written, in the same way I don’t like hoovering, but I like having hoovered.  But from this week, I need to add a caveat to that.  I love academic writing when it’s going smoothly; when I have loads to say and I can figure out how to say it, it’s (dare I say it) fun.  A combination of an interesting topic and an abundance of energy (I don’t know why, I’m just really ‘on’ this week) has made this a really productive week.  Perhaps even too productive - I might get disappointed if I have to delete too much of it, or if I can’t maintain this level of activity when I’m writing the ‘child guidance/psychology’ part of the chapter, or I’ve simply produced more words than the board will consider looking at in one go (possibly resulting in submitting disjointed-looking parts of it!).

I usually write in one of two ways.  Sometimes I just type straight into the computer.  I get the job done, but it can be a bit slow - it’s hard to juggle all my notes when my laptop is taking up pretty much my entire workspace, and distractions abound.  This week, and at some times in the past, I’ve written into a notebook, and then typed it all into the computer in one big undistracted frenzy, changing things as I go along so I’ve essentially done two drafts already.  I’ve been doing that this week, and why I don’t do that all the time, I don’t know.  Sure, my hand has been absolutely killing me, as when you’ve got a lot to say, scribbling it all out is a bit harder on the hand than typing it.  I’ve used up most of a (small) notebook and I have no idea how my pen is still working.  But, for a first draft, it just seems a lot easier than using a computer.  The big pain of writing on a computer is that I like to do my references as I go along, and writing out a full reference can break your flow if you’re putting your thoughts directly onto a computer, whereas with writing, I can just put ‘blahblah page blahblah’ in brackets and carry on - it doesn’t break the flow so much inputting the references on a computer if you’re only copying something out anyway.

The Mass Observation surveys I’ve got 8,000 words from are my favourite thing I’ve looked at so far for my thesis.  I already blogged about them a few weeks ago, but even when I was just reading through them and taking notes, I was thinking ‘wow, this is really interesting’.  I’m not actually sure that Mass Observation actually made anything from the 1949 Family Survey, so by analysing it so much I feel like I’ve really discovered something.  I’ve found out even more by taking a closer look at them - the biggest thing being the more extreme views on only children to be found among the more middle-class respondents of 1949 compared to the predominantly working-class ones of 1944.  I’ve also had to think about how the differences in the two surveys and motivations of the subjects had this effect.  I actually think I could get a conference talk and a journal article out of this as well - it could even be my talk for the Social History Society’s 2015 conference!

I am wondering if blogging has helped me with my writing.  Doing a blog about Mass Obs a few weeks ago did help me organise my thoughts on what I’d read, though I’ve obviously looked at the survey responses a lot more deeply this time around.  I think it’s kept me in the writing loop while I’ve been doing my research, and kept me aware that I enjoy at least one type of writing.  I’m also wondering if I have a future in social research of the present day!

I hope next week’s post about continuing to write is just as upbeat. 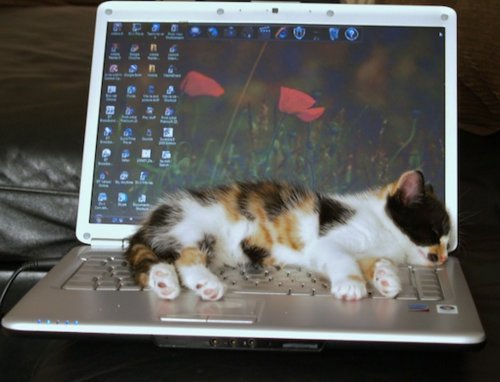 I may have chosen this particular image off Google Images because I used the very same laptop for the important half of my BA and my entire MA.  It is now in retirement, but comes out for iPod-syncing because it’s too much work to transfer my iPod to my new one.