Last week I happened across this tweet, asking whether we see ourselves as doctoral students or doctoral researchers.  I found it a very interesting question to ponder!Thus far, I’ve automatically referred to myself as a student whenever the occasion to provide my occupation has arisen.  In much the same way, I automatically tick ‘Miss’, even though my sensibilities say my marital status is nothing to do with anything - a hangover from youth, possibly (and I get to avoid the whole ‘Miss/Ms’ thing when I become a doctor, yay!).  And in some ways, I am a student.  The big one is that I’m producing a piece of work, someone’s judgment on which will or won’t result in a qualification.  I have a student ID, get student discount and take am automatically a member of the Student Union, whose events I partake in.  I socalise with the student body rather than the staff, and were I to become a department committee member, I would be representing students.  Any grants I apply for are designated for ‘students’, and I can take advantage of conferences and events aimed specifically at ‘students’.

But in some ways, I’m more of a researcher.  Apart from the supervision and judgement at the end, I’m pretty much doing what I’d imagine what I’d be doing if I was employed as an academic - without the admin, but that’s not research anyway.  When I started, I was told I would be regarded as a junior colleague.  I don’t have to go to classes or take tests.  Next semester I’ll be teaching undergraduates - how far do I come under the same category as them?  More than anything else, I’m proving that I can be a researcher - so I have to act like a researcher in order to do that.

The word ‘student’ has negative connotations, which are unhelpful when you’re at a certain age and stage in your life.  To name a real-life example, when searching for houses, I come across ones that specify that they don’t want students.  We always enquire about these anyway, because I’m not sure that I’m really the sort of student such restrictive landlords have in mind - there’s not a group of us, my partner works full-time, I’m too old and busy to trash the place, and my grant is sufficient that I can afford the rent.  Yet, the other week a landlord wouldn’t consider us because he wanted two full-time workers living there - even though I earn as much as someone working full time!  It’s helpful to be a student for the council tax discount though.  The housing problem leads to the wider issues of stereotypes - that students are lazy, slovenly, noisy, untrustworthy, drink a lot, aren’t doing ‘real jobs’…the list goes on.  That might have some truth for a small number of undergrads (typically, the ones who don’t do too well!) but trust me, you can’t do a PhD without putting some proper effort in.

So am I a student or a researcher?  On balance, I think I’m more of a student, but I resent the negative things people decide to tar all students with.  It’s really unfair to not be seen as a productive member of society who should be included in things other adults are allowed when you work as much as anyone else. 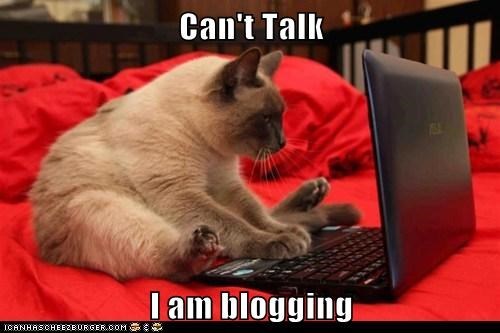 This photo has nothing to do with anything, I just wanted to include it.