For some people, getting a PhD is absolute hell.  They get unlucky with their supervisors, they can’t find enough data, or have massive problems with the data they have, they have to take time off for unforeseen circumstances like illness, bereavement, or caring responsibilities, they have financial problems which cause stress and mean the PhD has to fit around full-time work, they suffer from mental illnesses as a result of the pressure and/or impostor syndrome.  They keep going because in spite of everything, they love their subject and really want that PhD.  They are the true heroes, the ones who can say they ‘survived’ the PhD, and there needs to be more support for them.

Then there are the self-styled martyrs.

You know the people I mean.  The ones who use hashtags like ‘survivePhD’ to compete over who’s unnecessarily depriving themselves the most.  The ones who don’t go to bed each night thinking ‘well, I survived another day’, but ‘I wrote 10,000 words, skipped the gym, missed a meeting with friends and my favourite TV programme and I told everyone on Twitter so these amazing sacrifices would not go unnoticed!’  The ones who have funding, time, and no problems with their health or supervisors, but are portraying themselves as ‘survivors’ and competing with others over who is most ‘committed’ to their PhD.

Maybe I’m just bitter because I have been in a situation where I did think ‘well, I survived another day’ each night, and I have massive PhD privilege which has made it a relatively good period in my life.  I’ve been in a job I was way over-qualified for and did not enjoy at all, and it felt like there was no prospect of things getting better, so it was a case of getting through each shift as best I could.  I’ve mostly been happy during my PhD because at least compared to that, I’ve had decent money (because of funding), the knowledge that I have ‘something to do’ for three years, the opportunity to use my brain every day, a supportive network who make me feel good about myself, and maybe a little hope for the future.  My past situation is why I’m terrified of what will come after PhD; I take job rejection hard because I’ve been in a place where opportunities were few and far between, and there was always someone better, so I always worry that there won’t be a ‘next time’.  I can see happiness and fulfilment up to July, when I plan to submit, but after that there’s this dark unknown, however much I tell myself that I’m in a better position than I was in 2010.  I have more skills, and more things to do with the ‘dead’ time of unemployment, such as writing articles and/or a book of my thesis, or doing internships I can now actually spare the time and travel money to do.  But the fear persists.

But on the other hand, I think the ‘survival’ rhetoric has a harmful effect on PhD students.  Good for you if you can manage a superhuman amount of productivity in a day, but it’s not normal, and new students seeing this martyr competition might feel like they’re not doing enough, and push themselves too hard, becoming like the true PhD survivors by getting ill.  It seems to me that a few hours a day of concentrated effort is better for productivity than pushing yourself and pushing yourself; in the end, you end up producing a load of rubbish you end up deleting, or concentrating so little on your work that you might as well not be doing it.  It’s a massive cliché, but work-life balance is really important.  Why skip fun things when you really aren’t going to benefit from doing extra work?  You’ll only end up resenting your PhD.  PhDs aren’t meant to be about ‘survival’.  Yes, there will be periods when it’s hard.  But overall, it’s meant to be something you elect to do out of love and interest for the subject, and self-improvement.  Stop making people think they’re doing it wrong if they’re not suffering.  Stop giving the people who truly are ‘surviving’ the idea that this is the way things are meant to be in a PhD.  And take a bloody break over Christmas.

Practicing what I preach, as the next two Fridays are Christmas Day and New Year’s Day, there won’t be another blog post until January 8th, though I hope to tidy this year’s posts into categories in the meantime.  Merry Christmas and Happy New Year! 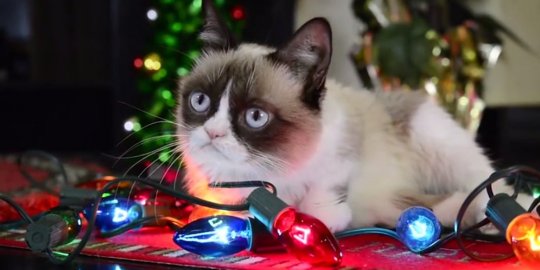