Applications to be a GTA (Graduate Teaching Assistant, not Grand Theft Auto) are coming up, and I’ve had to throw an academic CV together and think about my application letter.  For a long time, having felt I was irredeemably hopeless at public speaking and too socially awkward to function in normal society, I saw teaching as a ‘necessary evil’ I would have to put up with if I wanted to research and write, but a chance opportunity has made me think that actually, I might be alright at teaching and enjoy it after all.

On Monday, I did a presentation to a local youth film club, relating to a mixture of my current work, the oral history project, and women in Essex in history.  I was asked a week in advance, and at first I was hesistant to accept - relating to the topic of my thesis, as an only child I’m not really used to talking to teenagers (or children, toddlers or babies, for that matter.  I did try practicing my presentation on my cat, Toby, who promptly fell asleep).  But I needed the teaching experience, not only to have something to put on my teaching application, but to actually give me experience of planning and implementing an interactive, varied presentation.

And it didn’t turn out so badly.  Okay, the teenagers looked a little bored when I was talking, but I can’t blame them - they went to the club for the more active side of film-making, but they needed to learn the theory behind interviewing and documentary style - again, a necessary evil.  And while they couldn’t think of much to say in response to the observations/examples I asked them for, they really came to life when it came to thinking of questions to ask me at the end.  Also, the adults running the club were really interested and answered my questions instead, so there wasn’t this massive awkward silence - I’m very grateful to them for that! It did make me think of being in a class with a mixture of hungover young undergraduates and enthusiatic mature students (and some enthusiastic young undergraduates and hungover mature students!).  I just hope that my future classes have a few people who abhor a vacuum so that awkward silences don’t happen!

It made me ponder whether good teaching depends more on the judgements of the students or the staff who make assessments - on the one hand, a lot of weight is placed on satisfaction surveys and end-of-term student feedback, on the other, what if your teaching works great on a class where everyone happens to be really switched-on, but the same method fails to produce any interest among a more apathetic mixture of students?  And what if the apathetic class is the one where someone’s monitoring you?

I actually really enjoyed planning my part of the session.  I surprised myself with how many ideas I had for things I could say and show, and things I could ask the audience.  I think my favourite part was looking for some videos online to show, as it gave me a chance to play around with the East Anglian Film Archive site and watch a montage put together by the Essex Record Office.  I was looking for an interview with a Land Girl, which I found alongside a cheesy tourist advert from 1981 for South Woodham Ferrers, a 1990 advert for Lakeside complete with a waitress with late ’80s/early ’90s perm, and a black-and-white video taken from the back of a car, the occupant of which was criticising the dress sense of Colcestrians.

More generally, I liked the opportunity to showcase things I’ve done/am involved in.  Also, talking about relevant things I’d done in the past gave me hope for teaching subjects I learnt about a while ago.  I also did it without Powerpoint, as the organisers said they tend to avoid it, though to be fair, I always use Powerpoint as an _aide-memoir _rather than as a crutch, with short phrases that prompt me to say certain things.  In the absence of Powerpoint, I just scribbled my prompts on some paper and highlighted broad sections instead.

It’s also made me think more about how I’d like to teach.  I’m definitely going to ask regular questions of the students to keep them alert, although I wouldn’t put them on the spot as I hate that myself!  However, one of my old tutors would ask around the class at the beginning of each lesson what each student had read that week, and I’d like to do that myself in order to make sure all the students do something between lessons.  I don’t think PowerPoint is a bad thing, necessarily - a tutor I had last year used it well, by combining it with discussion.  And generally, I like the idea of classes being quite hands-on and varied.  A few years ago I did a really fun social research module as one of my options outside of history, and there was a lot of small-group work and discussion that came out of it, which led to the formulation of the survey we used to find out something new.  More recently and history-related, I’ve come across tutors who have run modules where students learned paleography and coding and used them to translate and upload early modern texts, and classes that have had blogs with contributions from each student as an outcome.  Things like that, where the result is more than just a pile of essays, are really interesting to me - in fact, the youth film project, which lasts a year and aims to produce three documentaries, sounds amazing.  Probably something I’d have passed up when I was that age (I was never a ‘joiner’ until university) but it sounds so interesting, creative and productive now. 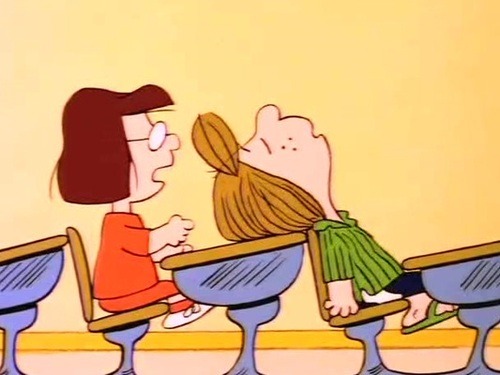