Well, I didn’t expect returning to my literature review to make changes, additions and corrections to be quite this hard.  I actually think totally re-writing my section/chapter/whatever it’s going to be on perceptions of only children will actually be easier as I’m starting again with a blank page, as opposed to trying to edit something that now feels as old as that book I posted last week.

I wrote my literature review, as it currently stands, two years ago.  It fared pretty well - the supervisory board liked it, there were a few changes to make but nothing overwhelming.  But since then, I’ve read a ton more books that I need to add to it, refined the focus of my thesis, improved my writing, and forgotten all but the key points of many of the books I read when I originally wrote it.  What I initially thought would be a do-able task - make this change, add this book - has turned out to be daunting.

I made a (very small) start on it yesterday, by making a list of all the sections and what’s currently in them, then making a new plan of what the sections should be and what should be added to the current content.  I wrote an introduction that seemed fitting to what my thesis has turned out to do, and worked on one paragraph of one section, mostly adding things like ‘this isn’t like my work because…’.  And then I stopped because I felt overwhelmed and like I didn’t really know what to do with the rest of that section.

At the moment, I’m not sure whether to carry on as I am, copying and pasting the old stuff into a new document and working new things in, or go back to the original material and do what I’m doing with the perceptions - start again with a blank page, keeping things that were good but wording them differently.  The latter would take more time, but I think I might produce a better literature review that way - one that is fully geared towards what the rest of the thesis is doing, and isn’t a load of old words that might be noticeably in a clunkier style than the rest of the thesis with the occasional outburst of lucidity where I’ve added something.  Yeah, I should probably start the whole thing again.  Possibly on Monday, rather than now, at three on a Friday afternoon… 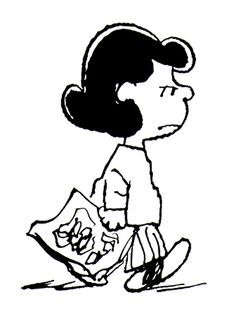