I couldn’t think what to write about this week, as I haven’t really done much of note lately.  I’ve been recovering from all the writing, practicing my talk, going to the BL and discovering Ann Oakley (the feminist sociologist, not the shooter), who is my new favourite person - not only interesting and entertaining in her writing, but useful for my thesis too!  So I decided to try to do a Q&A.  I got two responses, which was two more than I expected, and one of them contained multiple questions.  So yay!

**Tips on presenting a short paper? (Helen, via Facebook)
**I haven’t actually presented it yet, but I can give you some tips from what I’ve been discovering/trying to emulate!

What about the only child 1850-1900, whether they shared the negative opinions of the Mass Obs and psychologists?  H**ow did they conceptualise the only child, what sources you are using to find out etc.? (Sarah, via Twitter) **
I’ve written a bit about this here, but I’ll say a bit more about it.  I’ve found information on this subject by reading child guidance and education manuals.  Yes, they did share the negative opinions, and this is usually seen in little stories guidance writers told about about only chidren.  From this, it’s possible to see that the characteristics commonly attributed to only children were things Victorian guidance writers really hated - for example, you’ll see an example of an only child being precocious, and at some other point in the book the writer will talk at length on the dangers of precocity.

I think I described all the anecdotes I had come across at that point in the blog linked above, but since I wrote that I found a couple of books with further examples of only children’s characteristics:

> > From [W. C. Todd, ‘Guard Early Tendencies’, in Mrs H. B. Pratt, Rev. C. Stone, WM. C. Brown, and Rev. H. G. Park (eds.), The Mother’s Assistant, Young Lady’s Friend and Family Manual, (Boston, Stone & Pratt, 1851), pp. 116-8](https://archive.org/details/mothersassistan00unkngoog): ‘Some years ago, in one of our seaport villages, was a little boy, whose name I will call John. He was active, intelligent, and early in life displayed a decision of character, which made him a leader in the sports of his playmates. Even in school, where frequently the hero of the playground gains no laurels, he excelled. He was first in his class apparently without an effort, and parents and teachers regarded him as a boy of no ordinary promise. But as John was an only child, his parents granted all his requests, and if he did wrong, could not find it in their hearts to punish their darling boy; so, soon at home he had his own way, and of course wished it elsewhere. A few years, and the character of the boy had evidently changed. He often played truant at school, had become a headstrong youth, and was foremost in those vicious acts termed by the mild name of frolics. The naturally noble and generous heart had begun to consider it a mark of a craven spirit to submit to rule, and gloried in obeying the dictates of his own now depraved will…' (p. 117). > > > > From [Florence Hull Winterburn, From the Child’s Standpoint: Views of Child Life and Nature, (New York, Baker and Taylor, 1899)](https://archive.org/details/fromchildsstand00wint): 'As an only child, Daisy was much in the company of her parents and a lively young aunt who made one of the family, and she was so demure a little mite that they often forget that she was present and spoke of things before her which they would not have chosen for her to hear.  She was about seven years old when there began to come to the house a tall, neutral-tinted young man, to whom her bluff father took a dislike, speaking of him in privacy to her mother as a "stick," and even going so far as to wonder what interest Marian could have in "flirting with a stick."  Daisy heard, and in her quiet way began to watch the visitor, but saw nothin to enlighten her as to what her father could mean until one evening as there was quite a company assembled in the parlor, her aunt Marian playfully took up a maul-tick that lay on an easel, and, while she talked to her soi-distant admirer, balanced it on her finger.  A light of intelligence came into pretty little Daisy's eyes, and, approaching the group, she said earnestlym "Oh auntie, I know now what papa meant by your flirting with a stick; I didn't know before!" and she was greatly surprised at the fiery color which overspread the young man's face and at the hasty manner in which her aunt sent her off to bed' (p. 26). > >

The latter quotation was very disconnected from the rest of the book, sandwiched in a gap between two chapters.  Winterburn did this again later on:

> > 'Kittens and puppies that are members of large families, and have brothers and sisters to frolic with, learn to play without scratching and biting.  And the same remark applies to children.  To have a large family is not always a matter of rejoicing with parents, but when a child has several brothers and sisters he is from the first in the natural position of being a member of a little community, and learns to adjust his wishes and plans to the wishes and plans of others, and to be accommodating and conciliating.  It is as hard for an only child to be unselfish as it is for the proverbial rich man to go to heaven.  Where a child is the only one he ought to be as much as possible in the company of other children that he may get the benefit of their frank criticism upon his manners and habits.  The judgment of one's peers is essential to self-knowledge' (p. 239). > >

The quotes above show concerns about only children that continued into the 20th century, when child psychologists took over giving advice; only children were supposedly given too much attention from their parents and spent too little time with their peers, making them spoilt, precocious and socially maladjusted.

What are your ** personal reactions to what you are reading about only children, given your own only child status? (Sarah)
**My personal reactions have been mixed to say the least.  With 19th and early 20th century ideas, I’ve been taking them with a hefty pinch of salt, but now and again I’ve read things where I thought, ‘yeah, that kind of makes sense’, but they’ve been things that happen to strike a chord with me as a middle-class, suburban, introverted and socially-awkward only child and not only child-kind.

The more recent sociological material I’ve read (from the 1990s and 2000s) has also struck a chord and made me examine myself perhaps a little closely than I would like, but at least they stress that the only child experience isn’t better or worse, just different, and it depends on the only child’s personality and the family background.  It’s also made me think more deeply than I’d like (although it is necessary) about old-parent related things I’d have to deal with on my own.  It’s made me understand myself a bit better, but it can be a bit jarring sometimes!

**And more stuff about poo please :D. (Sarah)
**Can’t find anything else about poo in the guidance books, just some bits about vomiting and fussy eating I totally overlooked when I was doing my board paper, oops, will have to remember to put those in later!  You can have this though:

> > From Ann Oakley, _Taking It Like A Woman, _(Glasgow, 1984): 'Apparently I was toilet-trained (like many of my generation) very early; our personalities must have ben affected by this, even if researchers are still struggling to prove it' (p. 8).  NB. Ann was born in 1944. > >

Seeing as this book was written 30 years ago (and is still extremely readable), I wonder if they ever did find that link?

This has actually been quite fun, got the old brain cells working.  I’d like to do it again sometime, though that depends on whether I can get more people to ask me questions.  I have an askbox on here, though I’m not totally sure how it works, or you can ask me questions on my Twitter. 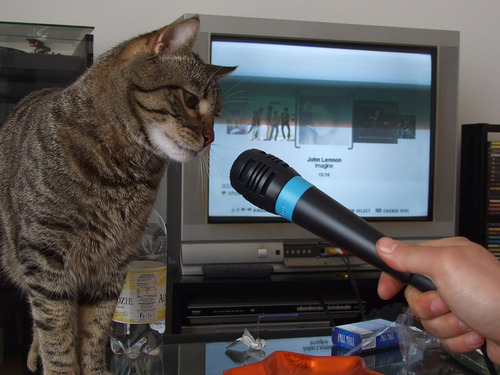