Autobiography-reading is chugging along nicely, and I should hopefully reach at least the statistically-okay number of thirty from people born in the nineteenth century (as opposed to people who actually write in the nineteenth century, as we’re talking people born after about 1850 here!).  Physical illness seems to be a recurring theme, with 14/20 autobiographers so far talking about it in some form.  This is interesting, partly from the contemporary/near-contemporary view that only children were less healthy, but also from the vague idea I’ve picked up regarding Victorian/Edwardian fetishisation of illness - I’ve done no reading whatsoever on the subject, but do wonder if illness is such a noticeable feature of autobiographies of those who had siblings, and whether those without siblings really were more fragile, had more anxious parents, or were onlies _because _their illnesses had put their parents off having further children.

The biggest medical theme I picked up on was that vague notion of certain children as ‘delicate’.  Eight autobiographers described themselves as children using words such as ‘delicate’, ‘weak’, ‘not robust’ or not very strong’.  To show a couple of the more interesting examples, historian H. C. Barnard’s (1884-1985 - clearly not _that _weak!) decision to train as a doctor was vetoed by his parents due to his ‘not very robust physique and the medical history which I had inherited from my mother’.[1]  Music critic J. A. Fuller-Maitland’s (1856-1936 - again, a respectable age!) parents were careful about his health, yet he could give no definite diagnosis to cause this:

> > '…when the other children were let out to play, I was kept in for no alleged misdemeanour.  I found afterwards that special directions had been given from home that extra care was to be taken of my health, and I am pretty sure that my earliest years had caused a great deal of anxiety on this account; Quite lately I found a pathetic little memorandum (probably seventy years old and more) indicating a list of symptoms of some serious infantile disorder, and it is not surprising that I should have been coddled in every possible way; one example of this was that I had to consume a sponge-cake and a glass of port in the middle of the morning for no special reason that I can recall.'[2] > >

Another idea child health writers of the time had was that only children missed lots of school, or else started it later than others.  Nine autobiographers - including those whose supposed ‘weakness’ affected their prospects - reported missing or delaying school, or else having to take special precations or take different career paths to those they would have liked due to their health.  Particularly understandable is the case of composer Thomas Wood (1892-1950), who had gone to sea with his father at eight, but ended up studying music at Oxford as he did not have the eyesight for a maritime career.[3]  Writer Henrietta Leslie (1884-1946) had hip trouble as a child, and wrote an enlightening passage comparing her status as a cripple favourably with her status as an only child:

> > 'I think back to myself at the age of eight or so, and I am faced with a very solitary, highly inquisitive little girl, still a partial cripple, who hated above all things to be different from other children.  I do not believe that I put this difference down so much to my physical disabilities as to my being an only child … But the cripples [that she knew] were, none of them, “only ones.”  To begin with, they had each other and they were always to be seen, on visitors’ days, being visited not only by their grown-up relations but also by a variety of juvenile relatives.  Moreover, all the children I knew had at least one or two brothers or sisters.  The sole other “only one” I had come across was a weedy youth who suffered from asthma and told fibs and tales out of school.  It was, therefore, firmly planted in my mind that to be an “only one” was, somehow, a disgrace, not entirely one’s own fault perhaps, but for which one was, in part, mysteriously responsible. > > > > 'It is such beliefs, which, to their torment, secretly fester in the minds of most young things, that makes of childhood a much less happy time than it ought by rights to be.'[4] > >

As for illnesses that might have discouraged parents from having more children, two autobiographers reported mishaps involving forceps.[5] Leslie nearly died of peritonitis at a few months, though another reason for her only-ness may have been her father’s death when she was six.[6]

Sometimes big events in childhood were made all the more memorable by physical impairment.  Author Dodie Smith (1896-1990) recalled how she and her two cousins were laid up in bed with colds and suspected measles when they heard Queen Victoria had died, and switched from singing ‘God Save The Queen’ to ‘God Save The King’ when it was explained to them that it was a bit late to save the Queen now.  Funnily enough, after this incident, ‘no more was heard of measles.’[7]  Musician Henry J. Wood (1869-1944) imbued his first memory with pain and indictation of his later passion and career; he described how he broke his nose falling off a table out of excitement for a man playing a hurdy-gurdy outside.[8]

Despite repeated contemporary warnings that over-stretched children would suffer physical breakdowns, only one autobiographer met this fate, and this was archaeologist Flinders Petrie (1853-1942), whose mother ‘stuffed’ him ‘with English, French, Latin and Greek grammars all together, at the age of eight’; ‘the result was a collapse, and a doctor’s order that I should be left alone for two years.’[9]

We’ve seen, then, a very rough snapshot of the childhood illnesses of only children.  How significant such reports really were is something I’m yet to discover, but if nothing else they’re certainly interesting. 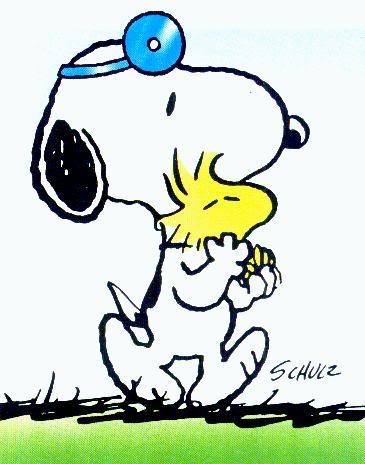