When I’m not working on my PhD or messing around on Twitter and Tumblr, I’m reading for fun.  Seems strange that after a day of battling with thick academic texts, I want to strain my eyes more, but what can I say, I’m a sucker for punishment.  Recently, a few things I’ve read for fun have actually ended up inadvertently relating to my PhD.

The main one was Quiet: The Power of Introverts in a World that Can’t Stop Talking by S__usan Cain.  I read this because I’m an INTJ and wanted to understand myself and my place in the world a bit more.  It offered me some hope but I also found something I could use for my literature review!  When I got my first draft back, my supervisor commented on my section about Victorian autobiography about how important ‘character’ was back then.  Well, I couldn’t find a text to reference about that (you try Googling ‘Victorian character’, you just get English literature!) and for a while had just put something generic like ‘character was really important to Victorians’.  But then I found Cain talking about the shift from the Victorian cult of character to the twentieth-cent__ury cult of personality and it was jus what I needed.  Not only that, but in relation to that she talks about how it was okay to be quiet in the former period - it basically meant you were thoughtful and economical with your words - but it was far less acceptable in the latter period when outer presentation mattered most - you needed to impress people with what you said.  This also relates to the blog post I’m hoping to do about attitudes towards quiet in child guidance manuals over time.  The next phase of my work involves reading as many of these manuals as I can to get ideas about attitudes towards things like only children (of course),socialisation and qualities people wanted to cultivate in children.  The subjects of quiet, introversion and shyness in the manuals should hopefully elucidate the negative things contemporary psychologists had to say about only children.  I reckon in a few weeks I could get a little post from my preliminary work on that.

I’ve also been reading Mad Men and Medusas: Reclaiming Hysteria and the Effects of Sibling Relations on the Human Condition by Juliet Mit__chell.  I got this out of the library as part of a general sweep for my PhD, but as it was written in 2000, I figured it wouldn’t make it into my research but would nonetheless make an enlightening free-time read.  It’s taking me forever, though, because it’s so complex.  Also, I’m not sure about Freud and his fellow psychoanalysts _in general - some of the stuff they came up with seems so arbitrary and so unproveable that I find it difficult to accept.  Nonetheless, in one of the chapters I’ve read so far, Mitchell talks about how having a brother made a girl feel inferior, and therefore act like that - _an important point for me as I’m looking at whether only children had less rigid gender behaviour boundaries.  She also talks about war and hysteria, including awareness of death and mutilation and the abuse of women to feel alive.  That grabbed me because it relates to the reading I did for my MA dissertation about gender in the Irish Rebellion of 1641.

On the fiction side (where I usually do reside!), I’ve recently got into Stephen King in a good way.  Since just before Christmas, I’ve read The S__hining, Doctor Sleep, ‘Salem__’s Lot _and _Carrie.  What I’ve noticed is that a lot of the main characters in these books are only children.  I think that’s important because it isolates them - Danny and Carrie in particular don’t have any siblings to take the edge off their suffering at the hands of their parents.  Something that made for amusing imagery in Doctor Sleep was when someone comments about Abra being an only child - imagine having two or more kids with her powers!  Could make for some mischief.  More generally, a modern sociology book I read for my PhD mentioned how a lot of children’s books characters are only children, and that’s because a sibling would distract from the action - their adventures would be a bit lame if they had to drag a younger sibling everywhere.  It’s just occurred to me, as a random example, that none of the characters in Charlie and the Chocolate Factory are mentioned as having siblings - probably a good thing, imagine the fights that would break out over who gets to visit the factory!  Though only one of the only children is pleasant, so maybe it’s not great PR for onlies. 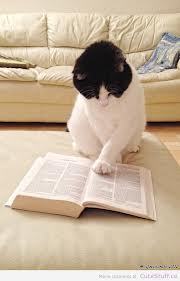 PS. Following last week’s blog, I’ve found 4-5 potential interviewees for the women’s oral history project, and might find some more next week (I’ve basically sent my parents to their hobby groups with missives).  I’m really pleased because I was worried I’d have nothing to contribute on that front!