Last night, I went to Professor Molly Andrews’ talk at the IHR, titled ‘Narrating the Self: Temporality, imagination and possibility’ and based on her new book, Narrative Imagination and Everyday Life.  I must say I got a lot from the talk, and will definitely read the book (when I find out where the heck my grant’s got to, it was meant to come today!).  As she was talking, my brain was firing on all cyclinders, making connections between her ideas about the use of imagination, not only in oral testimonies but other narrative sources, and my own work.  So this blog post is about her three main points about imagination in narrative sources, and how I’ve seen them come up in my own work.

The first point that Andrews made was that, as narrative testimonies are often given from the point of view of someone looking back on their life - I believe she very much relates this to the experience of **ageing** in her book - there’s an element of imagined possibilities, the road not travelled, if you like.  She used the examples of socialists from East Germany looking back upon their lives and imagining they had taken a different, more successful path.  I can think of a few examples of this coming up in my own work.  Over the past couple of weeks, I’ve been going through the Mass Observation ‘Ideal Family’ surveys of 1949, in which respondents were asked what their ideal family size and composition was, reasons for this and things that were preventing their ideal being achieved.  The most interesting surveys are the ones where respondents allowed us a brief glimpse into their own experiences as a justification for their ideal family size.  I’ve come across a few people who have said things like ‘I had a [sibling of one sex] and always wanted a [sibling of the other sex]’ or ‘I was an only child and always wanted brothers and sisters’.  By giving such reasons, the respondents actively referred to their uses of imagination to envisage how different their lives might have been had they had the siblings they wanted.  Another example I’ve come across in my research is an excerpt from an autobiography, in which the author, Kathleen Betterton describes how her friend was not allowed to go to a boarding school they had both passed the scholarship for because ‘she was an only child and they [her parents] did not wish to be parted from her’.[1]  This made the experience of settling in harder for the Betterton, as she did not know anyone at the boarding school when she went there, and begs the question ‘would it have been an easier transition if her friend had not been an only child, and therefore allowed to go too’. Similarly, a description I’ve come across of the oral history of Geoffrey Brady, a ‘virtual only’, shows a fork in the road when he was nine; his sister was born, dividing his parents’ attention (I call him a ‘virtual only’ because of the huge age gap), and his father’s business collapsed, meaning he couldn’t partake in the same middle-class pursuits as his friends any more, increasing his isolation as well as making his school life harder as he had to perform especially well in order to keep his place at grammar school.[2]  One can imagine his life being less solitary and more enjoyable had this turning point not presented itself.

Moving away from my thesis topic briefly, yesterday I transcribed an interview from the Millennium Memory Bank with an only child.  It didn’t really throw much light on the experience of being an only child (or not at face value at least), unfortunately, but I did get to hear how the interviewee had been in a serious relationship with a girl at the start of the Second World War, but he was sent abroad for five years, during which time she married a Canadian instead.  He seemed accepting of this - after all, he married someone else and was very happy, and he reasoned that the girls at that time couldn’t be expected to wait for five years - but I did wonder if he was so rational about it at the time, and again, it brings up the idea of ‘the road not travelled’.

The second point Andrews made was that narrative sources can contain the imaginings of the subject.  She used the example of an interviewee who described dreams which particularly symbolised her outlook and struggle (I pointed out that she probably double-imagined here by cutting the nonsensical bits from the dreams and editing them together more cleanly!).  I haven’t come across that so much yet, but another ‘virtual only’ I’ve come across (her sister was eight years older and considered, unlike the author, robust enough to be sent away to school), Stella Entwhistle, described how she spent a great deal of her childhood alone in the garden, awaiting the appearance of a baby from under the gooseberry bushes.[3]  This shows quite a sweet glimpse into the imagination of a child - I’ve read elsewhere that children were told babies came from under gooseberry bushes because the plants’ prickles would prevent them from looking too hard![4]  Going back to the Millennium Memory Bank, the focus of the interviews, as the collection’s name suggests, was the turn of the century: interviewees were asked questions about how things had changed over the course of the 20th century, and how things might change in the 21st, whether in a positive or negative way.  The interviewee I listened to yesterday thought small aeroplanes and jetpacks would take the place of cars.  One thing that really struck me, though, was that both of the interviewees I’ve heard so far were scared of crime without having actually been victims of it themselves, and were particularly vocal about the harm caused by drugs, again without really having brushed up against it themselves.  Again, you can see the interviewees using their imaginations from things they’ve heard and seen in, probably from the newspapers and TV.

Andrews’ third point concerned the interviewer (and, I suppose, any listener)** imagining what it was like to be the interviewee** when hearing their testimony.  This also ties in to disbelief, when interviewees say things that are verifiably not true, or simply too far-fetched to believe - things that can push the listener out of the subject’s world.  As an only child myself, at a very basic level I have something in common with all these people whose life stories I read or listen to: I can imagine what it was like to live in a house with no other children in it.  But that doesn’t mean I can always conjure up a clear image of other people’s lives.  Hardly any of the Mass Observation respondents who had been only children had anything good to say about it, which seemed a bit harsh to me - maybe if those people had actually been interviewed, I would have been able to imagine their lives better, either because they gave reasons for having such a bad time of it, or on reflection their answers were more nuanced, as mine would be if I was asked.

One problem with listening to interviews done by other people in the past is that they haven’t asked the questions I’d really want to know the answers to; to go back to the guy from yesterday, he went into his family business, and I want to know why he did that and didn’t choose to do something different.  I think it’s one of the Paul Thompson interviews where an only child describes how her choice to marry young was at odds with her parents’ wish for her to become a teacher, and while not perfect, this at least shows a struggle (and triumph for the child) that I can easily picture (not to mention another ‘road not travelled’ example!).  It’s also unhelpful when interviewees are evasive and give short answers.  A fellow member of the oral history project I’m part of gave an example of a former policeman who was very willing to be interviewed, but when it came down to it, wasn’t great at giving detailed answers becuase he was used to withholding information.  Of course, it’s totally okay for people not to want to answer certain questions, but in the interview I listened to yesterday (which, while possibly not useful at all for my thesis, has proved extremely useful in furnishing this post!), there’s an obvious gap where the interviewer asks him a question about how his wife died, there are a few mumblings, a gap, and then a question about religion.  By still including the question, but not the answer, as a listener I felt pushed out of the life I had hitherto been imagining - whereas if the question had been taken out as well as the answer unrecorded, I would probably have been none the wiser and left unperturbed.

So, overall, from this talk I’ve found a few new ways of looking at my sources which I wouldn’t have thought of otherwise.  Whether they’ll be of any use to my actual thesis is another question, but I think it’s always good to get to know your sources thoroughly by investigating them from a variety of angles.  I do think the ‘if I’d had brothers and sisters…’ angle may be a viable angle at the very least, and I’m glad I decided to attend such a fascinating talk! 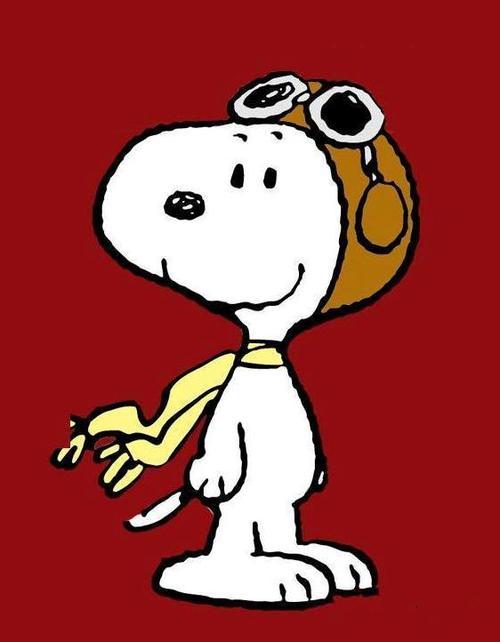