I’m not one of those who are snobbish about historical novels.  Au contraire, I admire anyone who can spin a believable yarn set in the past, and tend to ignore all but the most glaring of inaccuracies and anachronisms.  After all, the historical novel is for entertainment, not a scholarly text to be scrutinised.  The following are, in my view, the ‘best’ (by which I mean most entertaining and transporting) books of the genre that I’ve read.

1. Sarah Waters - The Night WatchI’ve only recently discovered Sarah Waters and am currently in the middle of a read-all-this-amazing-author’s-books frenzy.  Of those I’ve read so far, The Night Watch is a definite favourite - my only real complaint about it is that it ends!  It’s about the unusual lives of a set of related characters, during and after World War II.  Waters has a real skill for creating a world by using little, everyday details, for example what a passer-by is wearing or what objects are in a room.  This book really captures the heightened passions of the second world war and the miserable period between the end of that war and the better times of the 1950s and 1960s.  Her ghost story, The Little Stranger, similarly deals with the postwar period, when the age of large country houses and servants were over - a period I’ve become very familiar with, making me smile in recognition whenever I notice particular details.

2. Stephen King - _22/11/63
_American history isn’t something I’m massively familiar with, but I absolutely devoured this time-travel adventure.  I came to the book knowing the basic details about the JFK assassination and came away not only knowing so much more about the context, but also a greater appreciation of American culture at that time (the character doesn’t just go back to stop the assassination but takes a teaching job and builds up relationships and gets involved in other lives), as well as a boggling mind at the complications of time travel and how one action can change so much.

**3. Kate Atkinson - Life After Life
**Another book that made me think about the totally different paths a life can take on the basis of one action.  This book, set in the first half of the twentieth century, focussed as it is on several possible life stories of one person, covers contemporary themes such as Hitler, war deaths and illegal abortion, and age-old themes placed in that particular context, such as being trapped in an abusive relationship and European travel.

**4. Ken Follett - The Pillars of the Earth/World Without End
**I wasn’t sure if I would like The Pillars of the Earth _when I got it for Christmas a few years ago, because a) I don’t like medieval history and b) it’s HUGE.  But actually, the ~1300 pages flew by.  Sure, it’s about the building of a cathedral, but it’s so much more than that - the relationships, betrayals and frustrations of those linked to it, be they builders, monks or those living in the vicinity.  I loved _World Without End just as much, though there were so many occasions when I wanted to shout at the author for not giving the more unfortunate characters a bit of luck for once.

**5. Michelle Magorian - Goodnight Mister Tom
**This is the first historical novel I can remember reading - if there were any before that, they weren’t particularly memorable.  I read it myself after my teacher read it to the class in year five or six.  I’ve long been interested in evacuation - blame the BBC Look and Read _series _Spywatch for that.  It just captured my imagination to think of being taken away from home and billetted upon someone who might or might not be sympathetic (and indeed, as James Herbert showed in The Secret of Crickley Hall, can be the basis for a pretty decent horror!), and the absolute wretchedness of Willie both appalled and intrigued me.  Evacuation just hasn’t been as exciting for me since I grew up and realised most of the evacuees came home pretty soon after they left.

6. Sherryl Jordan - _The Raging__ Quiet
_This YA novel is another one that stands out from my early(ish) reading.  I hadn’t known anything about early modern witchcraft prior to reading it, and came away with an impression of the contemporary suspicion of anything unsual - in this case, the deaf boy and the girl who works out how to communicate with him.

7. C. J. Sansom - **Revelation
**I like all of C. J. Sansom’s Shardlake novels - they combine history and crime fiction, my favourite genre, how could I not?  I think this is my favourite, though, because of its depiction of how the mentally ill were treated in the sixteenth century and the level of suspense as Shardlake is up against a serial killer.

8. Nancy Bilyeau - The** Crown**
_This novel is also crime fiction set in the reign of Henry VIII.  What I really liked about this was the strong, smart female main character - Joanna Stafford may be a novice nun, but she’s not afraid to bend or break the rules or get into dangerous situations in her mission for justice.  Sharp-eyed readers may notice that Hilary Mantel’s _Wolf Hall isn’t on my life - it’s just that I prefer to read about ‘ordinary’ people, or women, or both, to a bunch of powerful men.

9. Madeline Miller - _The Song of Achilles
_Another book I wouldn’t ordinarily have picked up because I’m not interested in the period, but I read it for a book club.  I’m not even that familiar with the Greek myths - the sum total of my knowledge being the Trojan horse and the term ‘Achilles heel’.  The characters are well fleshed-out, the relationship between Achilles and Patroclus is well-described, and the supernatural elements aren’t overdone.  I also got a feel for the length of a Greek siege - the army were in the same place for absolutely ages!

10. Philippa Gregory - _Fallen Skies
_I’ve read and enjoyed all of Philippa Gregory’s Tudor court novels, but I liked this even more.  Set in the aftermath of the first world war, it demonstrates a marriage of conflicting attitudes - Lily, who wants to forget the war, have a good time and become a music-hall singer, and Stephen, haunted by the horrors of the battlefield.  I especially liked Lily’s ambition and determination - Philippa Gregory is damn good at creating strong and independent female characters.

I’m currently reading The Paying Guests by Sarah Waters, again a dramatisation of the familiar (to me) time when upper-class families fell on hard times and had to take in lodgers.  This afternoon though, it’s more autobiographies for me! 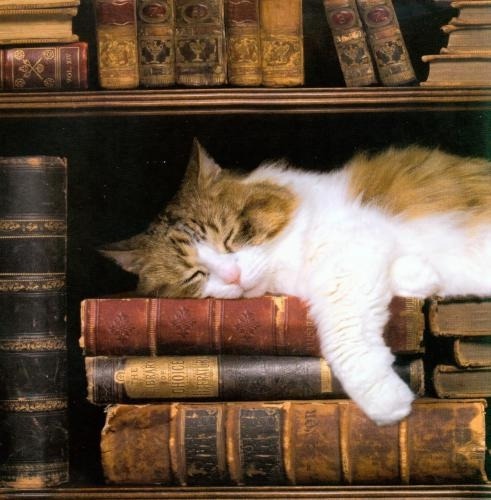