…well, maybe not so much ‘favourite’ as just ‘all the ones I listen to because I’ve only just got into podcasts and am working my way through a few different ones.’  And my favourite podcast of all is The Black Tapes, which I couldn’t relate to history if I tried.  But yeah, podcasts.  Didn’t really used to bother with them, because I’d have rather been listening to music or reading, now something to listen to between going to bed and going to sleep, or in the bath (less risk of soggy technology death with a phone on the floor than a Kindle in the bath).  Now I have ones I particularly like and everything.

**Ones that are explicitly about history: **the whole podcast thing, for me, started with a couple of episodes of Ben Franklin’s World.  I was aware of it as it’s well-promoted on Twitter, but then a couple of episodes came along that I really wanted to hear: one about stepfamilies in early America, and an interview with my BA tutor/advisor.  Given my interest in the subject, I should see which other episodes appeal to my interests.

After I made my last post, one of my Twitter historian friends recommended BackStory, and I’ve already listened to a couple of episodes.  At first I was like ‘50 minutes about history?  Is it going to be like a lecture?’ (yes, I know, but I don’t want to be exercising my brain hard all the time), but it’s like a magazine show - a few different historical takes on a subject, with a few different presenters and guests.  And the topics are really interesting and varied - so far I’ve listened to the ones about trash and shopping, and I’ve got a whole load of others downloaded and ready to play.

**One that’s kind of about history…ish…: **I went crazy for Lore, and now I’ve listened to all the episodes and have to wait for new ones to come out each fortnight.  Lore is about myths of the supernatural in various places and times, but the historical context is essential: what was going on at the time that made people believe evil was at work in their communities, and spurred them to kill women they believed to be witches and dismember bodies of people they believed had been vampires?  This matches with my interest in the early modern, when people got desperate and scientific explanations for things like disease were unforthcoming.

**Ones that are tangentally related to really rather recent history: **having listened to all of Lore, I needed something new with lots of episodes to binge on - and Mortified filled that gap.  The premise is simple: people sharing the now-hilarious things they wrote in their teenage diaries.  I don’t think I could do that, or at least, not after a certain point; some of it hasn’t totally healed over, and some of the things I wrote were maybe a little beyond the angsty and dramatic variety of teenage despair.  So it’s not really representative - the people who volunteer are going to be the ones who were pretty ‘normal’, I think.  But it’s still pretty funny - I particularly enjoyed the recent ‘boyband’ episode, and the bad teenage poetry competition they held.  I can relate it to history in a couple of ways.  The contributors are a variety of different ages, so you can hear how teenage life has changed (though some things about it haven’t!) over the years.  Another is the references to what bands were around, which celebrities were seen as attractive, what films were out and so on at the time the diaries were written.  There’s a dash of nostaglia when it’s things I also grew up with.

I’m also making my way through Reply All.  It’s ‘a show about the internet’, but some of the topics relate to more recent internet things than others.  Relating to the past, I particularly enjoyed the episodes about the ‘cam girls’ of the late ‘90s/early ‘00s, the guy who invented pop-up ads (they mention Tripod!  I REMEMBER TRIPOD!!!) and the guy who had a job pretending to be women in chatrooms on the French Minitel (look at them!  So quaint!) network in the early ‘90s.

An article keeps reappearing in my Twitter feed encouraging academics to make their own podcasts.  I don’t think I’m articulate enough for that, though, so I’ll keep listening for now! 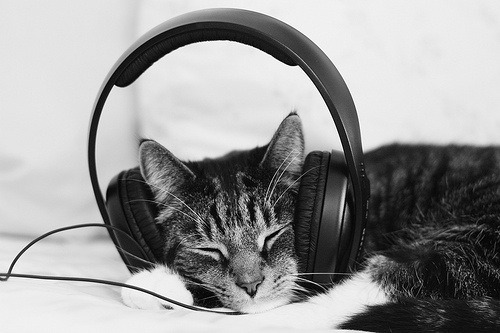