Working on my chapter about parent-child relationships, I noticed a small-scale pattern that, given that my thesis constantly debunks stereotypes, I hadn’t expected: that the small number of only (and sibling) children in intact families who found themselves strongly aligning themselves with one parent against the other, favoured the opposite-sex parent.  Although I do have some time for Freud, and probably have to mention him in my thesis whether I want to or not, I always found the Oedipus/Electra complex a bit random and out-there, not to mention unproveable.  Besides, I suspect there were many other reasons this could happen, and I’m going to examine those in this post.

For some boys, their **fathers going away to war **meant they built closer relationships with their mothers, something I discuss more fully on my guest blog for Raising Hope. To take one of the examples from there, broadcaster John Drummond (b. 1934) did not see his father between 1939 and 1943, during which time Drummond and his mother established themselves in Bournemouth, shared friends and hobbies and became very close.  Upon Drummond’s father’s return, ‘I hardly recognised him, nor he me … he and my mother found themselves increasingly estranged,’ and the father-son relationship never improved, with Drummond’s father frequently finding faults with his only child.[1]  This wasn’t always the case, however - an example on the guest post which I’m not quoting here because I wanted to write this post today but oral history clearance takes like a week was a man whose relationship with his father was extremely close, albeit too short for his liking, despite the War.

It is possible that fathers were a novelty for girls whose mothers were their primary caregivers and disciplinarians.  Author Antonia White (b. 1899) certainly admired her father, and enjoyed the rare chance to spend time with him, specifically an occasion when he took her to the British Museum, and then to a special tea afterwards: ‘that was my crowning bliss, the thought that he and I were sharing something highly pleasurable from which my mother was excluded.’[2]  As we shall see shortly, White had a somewhat antagonistic relationship with her mother.  Perhaps this example hints at a (grudgingly Freudian) competition between mother and daughter for a father’s love, reflected by sociologist Ann Oakley’s (b. 1944) admission that ‘my mother and I were often surreptitiously at war with each other.  She thought she had first claim on my father’s love; and I thought I had first claim.’[3]  Perhaps such antagonisms were increased by some mothers’ frustrations at having to stay at home and look after a child.

On the other hand, as was the case with war separation, such separation might have had the opposite effect for some boys.  Again, I don’t want to get too Freud-y with this, because there were plenty of boys who loved spending time and sharing hobbies with their fathers when they were at home in the evenings and at weekends.  However, drama critic Harold Hobson (b. 1904) seemed to have developed a very close relationship with his mother as a result of her care of him while he had polio as a child, and this in turn damaged the pair’s relationship with his father.  Hobson’s father had a bad temper and a bullying nature, and for these reasons, ‘neither I nor my mother ever had a real conversation with him’.  However, Hobson speculated whether he himself was partly to blame for this, as ‘my lameness must have imposed an intolerable strain upon him.  The degree of attention which my mother lavished upon me may have interfered with their sexual relations.’[4]

It might just have been that the awkward parent just _happened _to be of the opposite sex.  White sometimes had a difficult relationship with her mother because she was ‘often embarrassed by my mother’s eccentricities and wished she would look and behave more like other people’s mothers.’[5]  As a child, White was well aware that her paternal grandmother and other women ‘…considered that she [White’s mother] was as unsatisfactory as a mother as a wife’, and this may have influenced her feelings about her mother.[6]  Ballet critic Arnold Haskell and his mother found themselves aligned against his father as they had artistic leanings, whereas his father was firmly orientated towards business and economic interests (and financed Haskell and his mother’s interests with his job in banking).  This divide caused some arguments within the family, but Haskell insisted that he did love his father despite their differences, and that ‘my insistence on this opposition … must not be allowed to distort the picture or to have the Freudian significance it might be given in retrospect.’[7]

So, those are the explanations I’ve come up with using the sources available, and there were also a couple of non-only children who found themselves aligned, along with their siblings and the parent of the opposite sex, against a disagreeable parent of the same sex.  Another possible explanation I came up with was that a child might be in opposition to a parent of the same sex because they did not live up to the parent’s gender ideals, having grown up in a different environment to the child as a result of being from another generation, but my relatively small numbers of autobiographies and interviews didn’t provide anything to support that.  But as you can see, Freud is not the only explanation! 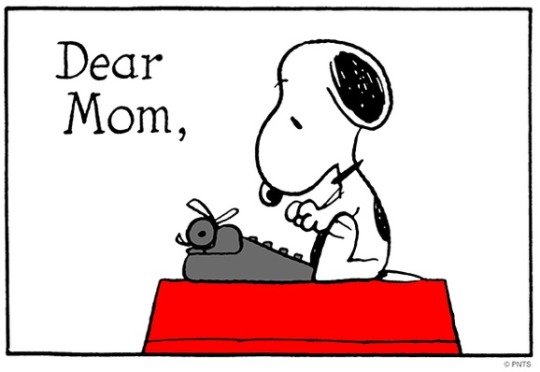