For the past three weeks, I’ve been diligently reading through Mass Observation Records - namely the 1944 Family Survey, where Mass Observers went round people’s houses and asked them about their family size and feelings about the future (and sometimes judged how attractive the mothers were and how clean and fat/thin the children were!) and the 1949 ‘Ideal Family’ Survey, which was sent out to panel members by post and given out by doctors and asked people what their opinions on the ideal family size, sex balance and spacing, and why.  My online subscription runs out next Thursday, so it’s been my main focus as I’ve tried to read as much as I can while I can!  I thought I’d share here some of the things that really jumped out at me.

Most people thought the ideal family was made up of four children.  These days, pretty much everyone would regard that as a large family, but a lot of the respondents regarded it as the most that could be afforded before the children lost out on attention/essentials/the mum was run completely ragged.  Different times indeed!  I came across several comments that suggested that two or even three children didn’t constitute a ‘proper’ or ‘real’ family.  Furthermore, most of these respondents wanted equal numbers of boys and girls, which is fair enough, but a lot of the time they also wanted gaps of 1-2 years between each child (some were sensible and put a longer gap between the two sets of two children).  Two (surprisingly, female) respondents thought that two sets of boy-girl twins with two years between them was ideal.[1]  Four children under three might be great for the kids but I’m not sure many adults, even at the time, would have agreed with that!  One respondent - also female! - harked back to Victorian times by recommending 12 children, seven boys and five girls: ‘the elders would help the youngers and earn, with several incomes to one roof’ … ‘The only solution I can see to labour/wealth problems and home-help problems’.[2]

People still held questionable views.  The eugenics movement was pretty much dead in 1949 what with it being too close to Nazi views for comfort, but unfortunately it had left its mark.  The nicer respondents gave the ‘unfit’ a choice in their sterilisation; the less-nice said it should be compulsory.  The ‘ideal family questionnaire’ also asked whether people’s ideal family sizes differed depending on whether a family was from the middle-class or working-class, town or country.  Most said less for the working-class on the rational basis that they might not be able to afford more; others gave a eugenic reason for it.  My favourite answer was from a rogue socialist who said the middle classes should have none so that they would die out - the same respondent was a keen supporter of the one-child family, but only as a population reduction measure, believed that multiple births should be ‘shared out’, and lamented that contraception wasn’t compulsory.[3]  Her survey certainly made for something different to read!  Some anti-Catholicism reared its head too, with some respondents saying their ideal family size wouldn’t be easily achieved by the population at large because Catholic families exceeded it.

**Virtually nobody liked only children.  **For one thing, there were lots of negative comments about only children, usually in the section of the ‘ideal family’ survey where they were asked to justify their ideal family size.  Sometimes, respondents were very superlative in their answers without actually giving reasons; examples of this included ‘an only child is a criminal offence against that child’, ‘An only child is a horrible mistake’, ‘the worst thing that can happen to any kid is to be the only one’, and simply, ‘it is wrong to have an only child’.[4]  Other times, they actually gave proper reasons; ‘spoilt’ ‘selfish’ and ‘socially maladjusted’ came up countless times (I will actually have to count them eventually, but for a blog knocked out on a Friday night, ‘countless’ will do).

Some of these respondents even gave psychology as a justification for their answers, showing how psychological ideas infiltrated everyday thinking, which is actually quite important and useful for my thesis.  A few examples of this are: ‘the only one or the only one of that sex is apt to be psychologically dangerous to health & happiness from over coddling or parental anxiety’; ‘If there must be children at all, I think the only child should be avoided.  The obvious psychological handicap for it can be removed but usually not’; ‘Parents over worry when there are one or two children + this is not good psychologically for children, parents, or the future of the nation which these children will form’.[5]

My favourites were the people who gave a bit of their own experience of being only children to justify their answer - not only have I found useful stuff for the ‘perceptions’ part of my thesis from these sources, but something for the ‘actual experiences of only children’ bit!  A few examples are: ‘I am an only child, and know a little of the loneliness of that child, as many contemporary friends of school days were also only children; we all loathed it’, ‘I am an only child, can say from experience it is a most unpleasant childhood.  So one child is not sufficient’, and ‘the one child idea is very mistaken kindness on the part of the parents.  I know it to my cost’.[6]

For another thing, when people actually recommended only children as ‘ideal’, or had one and weren’t planning on having any more, it was generally for negative reasons: often, people resigned themselves or the population in general to having one child, due to: overpopulation, lack of money, disruption caused by the Second World War, personal infertility or health problems that made it inadvisable to have children, bad birth experiences, difficulties of handling the existing child, housing difficulties, separation/divorce, and a general sense of pessimism about the future.[7]  Very few, in other words, made the choice to have one child because of any advantages for that child; it was very much ‘why we didn’t have more children’ rather than ‘why we had one and decided it would be good to stop there’.

So, that’s what I’ve been up to recently.  I have 6 days left to get a much more as I possibly can from these sources.  I wish I had more permanent access to the collections, but that’s mostly out of geeky curiosity than any benefit to my actual thesis! 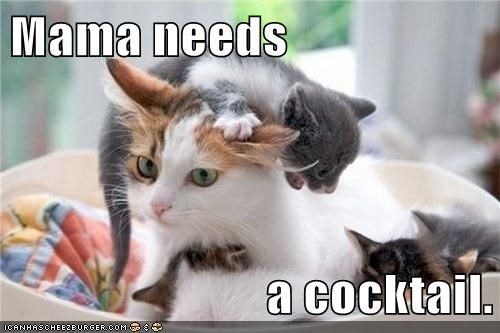