This week, on Monday 12th May, I took part in the annual Mass Observation Day, when people are called upon to record everything they did during the day.  I did it last year, but, being a Sunday, I didn’t really have much to report - I only left the house to go to Tesco!  This year’s was a lot more involved, so I’m going to write about my experience of being a Mass Observer for the day.

Having more to say meant that it wasn’t necessarily easy, but I did enjoy it.  I found myself noticing things like what music was playing in a shop, or changes in the weather, and thought ‘I need to remember this for when I write the next bit’.  I decided to write the diary on segments whenever I had a gap, on whatever device was closest to hand, phone, tablet or laptop with a Google document - laptop was definitely easiest, but least convenient to take out and about with me.  I found myself summing up a phone conversation I could overhear behind me in a coffee shop, using the tablet.  It’s not quite on the level of the original Mass Observers, who would scribble down whole conversations verbatim and give a description of the talkers - I didn’t want to be caught staring at a stranger! - but they probably didn’t make the mistake of sitting in window seats or typing instead of scribbling things, which in that situation would be much quicker (and they couldn’t exactly drag their typewriters around with them).

So, what use will this be to future historians?  I think some, but I’m also aware that I wrote a load of trivial stuff that will probably be of no use to anyone.  I feel sorry for future historians as it is because there’ll be so many throwaway tweets of dubious value for them to sift through, so hopefully the diaries will be of benefit in that they’ve been written with a focus and view to future use.  On the other hand, it might have been useful if I’d remembered to mention what town I live in, and I don’t think anyone really needs to know the name and colour of my cat, or that I saw him on my way to the gym, or that I stopped at The Body Shop to sniff a new body butter.  But I think I did represent a few possible topics/issues that might be of interest in the future:

1) Exercise.  In case anyone gets the idea, from the newspapers, that everyone in 2014 was totally lazy.
2) Internet use.  I was rather aware that I wrote that I checked Twitter a few times during the day, but in my defence, it was at times I was taking a break, and only for short amounts of time.  But the way we - or at least, I - use the internet has changed with the advent of always-on internet, smartphones and tablets.  It used to be that the internet was something I could go on for half an hour after 6pm, then it was something I used all evening after school, on a desktop, then something I’d use for lengthy periods at all times of day, on a laptop, and now, for fun/social stuff anyway, I tend towards little and often on handheld devices, between other tasks.  I think that internet use would be something major to come out of these diaries.
3) Being a woman.  In particular, a bloke at the bus stop started talking to me about tights and stockings, and I noted that I felt a bit weirded-out.
4) The things people talk about in public.  I noted down a couple of things I overheard - the conversation in the coffee shop, which was a business conversation, and a joke about STDs a woman made on the bus.  I also generally noted that I’d gone past a graveyard where it was kicking off a bit between some people who were hanging out there.  Could make for part of an interesting study into the (in my opinion, largely good) relaxation of what people talk about/do in public?
5) Being a PhD student.  In particular, the guilt that still pops up sometimes even though I know it’s okay not to be hugely productive every day.  I noted that I felt like I hadn’t done as much work as I’d liked because I’d been so busy with other things, but I did note down what work I did - reading off the computer and taking notes in Word.  Going back to that thing about how there’s no typical day in the life of a PhD student, really - some days you’re really productive, other days other tasks get in the way a bit.

Future historians, you can have those ideas for what to do with the May 12th Diaries for free.  I also hope you can get something from the oral history interviews I’ll be conducting.  Despite the name, history isn’t all backward-looking! 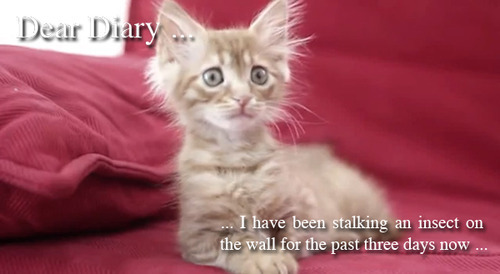