This week, I’m mostly pondering my feelings about what I’m going to do after this PhD.  It’s a long way off, but I went to a careers event this week that sent my head into a bit of a spin.

From the moment I started telling people I was going to do a Master’s, they asked me ‘what are you going to do with that?’.  Up until recently, the answer was blindingly simple: go on to PhD, then become an academic.  I like the idea of becoming an academic - mostly the research part as I want to read, write and generally create in my career, and I’m not as apprehensive about the ‘speaking in public’ and ‘networking’ parts as I used to be either - I’m starting to believe people when they say they could hear my presentation fine, and I’m gathering memories of times when I haven’t been totally awkward in social situations with people I don’t know.  I don’t mind the admin side, either.  What’s more, I just love the university environment.  Libraries, labs, classrooms, lecture halls, even food places - I just love the atmosphere of discovery, knowledge and activity.

However, a few things do concern me about becoming an academic.  The top one is that I might not even be able to get any kind of academic job in the first place.  Things are competitive already, and I keep hearing that the government are basically ruining academia.

The second is the job insecurity - short-term and zero-hours contacts are scary and I’m wondering how I’m meant to deal with those and afford to live.  Besides which, I’ll be pushing 30 by the time I’ve finished my PhD, and I’ll want to be thinking about things like pensions and mortgages.  I’m not sure how that’ll work.

The third is the pressure from things like the REF.  I love to write, but it’s not going to be so great if I’m stressing over it.  That article about my MA I was trying to write a couple of months ago?  I haven’t even opened the document in a while.  I’ve had vague ideas of how I might make it less flat, but I haven’t really had the time or inclination to work on it.  I will do it eventually, and I think it’ll be all the better for having waited - I’ll have my enthusiasm back.  I can see myself churning out dull, lifeless articles if I’m under a ridiculous amount of pressure, and that’s not what I want to do.

So there are a few ‘cons’ of going into academia, then.  So what about outside of it?  This is only something I’ve really started to consider recently, having heard PhD friends say they’re not planning to stay in the ivory tower (a term which amuses me considering both universities I’ve been to are 90% concrete) and seeing things on Twitter about going into outside jobs instead.  I’m very clear on things I wouldn’t want to do - namely, sales, marketing, PR, advertising, communications (especially internal) and recruitment.  Some of it seems too inward-looking, and I’m just not into money-centred industries.  What I’d really love to do is work in publishing (particularly academic), web content (mostly because I love blogging and being the internet co-ordinator for the Colchester Women’s Project - not that we have much to say on that front yet!), oral history, archives/libraries or just general research - an alumnus at the careers event has a job doing research for other people, and as long as it was interesting, I could see myself doing that.

But the question is: will any of these industries let me in?  The speakers at the careers event were very optimistic about the value of transferable skills, but I’ve been burned by that at undergrad.  Before and during my BA, people were constantly saying how I’d gain these great skills that meant employers would love to have me, and I did a decent amount of work experience to increase my employability.  And then when I got my degree, nobody wanted me.  Spending a day a week for a year in an office didn’t count as ‘enough experience’.  There was also the problem that all the graduate schemes were in the aforementioned industries I wouldn’t want to spend my life working in, and I couldn’t get more basic jobs that would tide me over because I was overqualified.  So I’m wondering if the same thing is going to happen again.  Will I still be required to go for short-term, and possibly unpaid internships before anyone will take me seriously as a person of experience?  And how bad am I going to feel if I’m doing an unpaid internship at 30 - and will I even be able to afford to anyway?  If I take a completion year, I might not be able to get funding for it, so I’d be possibly be living off my savings before I even get my qualification.  I want to believe my PhD is an impressive thing that will open a lot of doors, but can you blame me for thinking ‘I was promised this last time and look what happened there’?  By getting involved in projects, I’m assured I’m doing the right thing, but that didn’t get me anywhere last time.

My biggest fear is that I’m going through all this just to end up a) in retail, which I swore I’d served my sentence in and would never return to or b) on the dole, getting zero respect from JCP advisors and being forced to attend training courses and work experience programmes in spite of having what should really be plenty of experience in retail and offices and interpersonal skills honed by networking and the aforementioned retail.

I guess my next step for now is to do some research - see what’s out there, especially in publishing, for PhDs, and read people’s accounts of how they got their non-academic jobs and see if I can take any advice/reassurance from them. 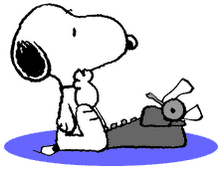