At the beginning of this month, I was sick of my PhD.  I’d had no time to work on it over Christmas because of all the marking I had to do, and I had a particularly uninspiring to-do list, the most tedious tasks on which were Nvivo coding (OK in small doses, but not something you want to do all day), and my oral history control group (people’s life histories can be quite interesting, but sitting there WAITING for them to say something relevant when you could be doing something more fun is boring as).  My supervisor picked up on my complete and utter boredom and suggested I take a break and do something thesis-related but actually fun - which I interpreted as READING!  I saved myself from the tedium not only by dedicating a week of afternoons to reading secondary works, but by building reading back into my everyday work in order to get through the ever-expanding list of books I need to read, but also to get a bit of fun and inspiration back into my days.

At the beginning of the course, my life consisted almost entirely of secondary reading, but after that, it pretty much fell by the wayside.  I must say I appreciate it a lot more now it’s rarer and I’ve built up a stamina for it!  Rather than doing only one or two different things a day, like I was before, I’ve spent recent days doing a mixture of things - usually coding for a couple of hours in the morning, reading an autobiography in the afternoon (I’ve finally finished that now but have some transcripts to read in their place), reading a secondary book until dinner, and then listening to an oral history interview after dinner.  By only listening to the one oral history a day, I’m actually a lot more productive - if I tried to listen to more than one, I would end up giving into the temptation to stop working at something like 4pm because I was so fed up.  I’m going for a steady pace rather than trying to rip through everything, and I’m actually getting things done.

As for what I’ve been reading, after my supervisor brought up the idea of nature versus nurture at our last meeting, I’ve chosen books that have made me think about that.  Last week I read Steven Pinker’s The Blank Slate, which makes some very good points indeed about the effects (or, in this case, non-effects) of family environment and differences between siblings, which I can see echoed in my own preliminary findings that only children and non-only children don’t have definitively different experiences, and often write things in their autobiographies that you might expect the other to write.  I’ve also read John Stewart’s Child Guidance in Britain, 1918-1955, which goes into great detail about how the champions of the child guidance movement were adamant that children’s home environments were the cause of virtually all their problems.  I’ve now moved on to Frank J. Sulloway’s Born To Rebel.  I’m not far in yet, but some of his observations about birth order so far have made me think ‘I can feel a whole future blog post coming out of my views on this!’

Now, if someone could guarantee me a job where I get to read and be critical of books that make me think all day, all my PhD-related problems would be solved! 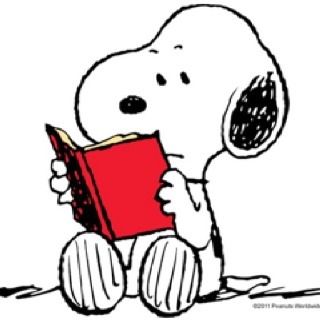