Following on from the picture I posted last week from a book I wrote at the age of six titled ‘900 years ago’ (which would now be ‘920 years ago…), I thought I’d post the whole thing.  Why?  Because I enjoy reading other people’s more personal history-related blogs.  Because I find it amusing that I seemed to like history at an early age (it was kind of a love-hate relationship actually).  Because it’s my blog and I can’t think of anything else to talk about this week. 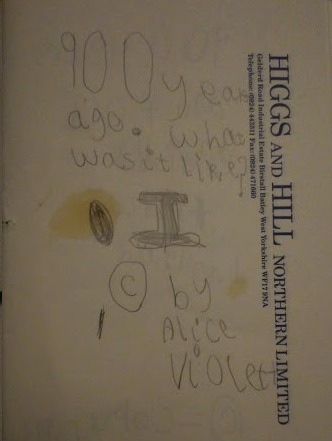 Starting off with a research question, vair good.  I believe that’s a ‘1′, though a second book never materialised, and I’m not actually massively into medieval history so it’s unlikely it ever will.  That C in a circle should stop you from spreading it around the internet unattributed.  I also noticed after I posted the photo last week that it actually has my supervisor’s name on… 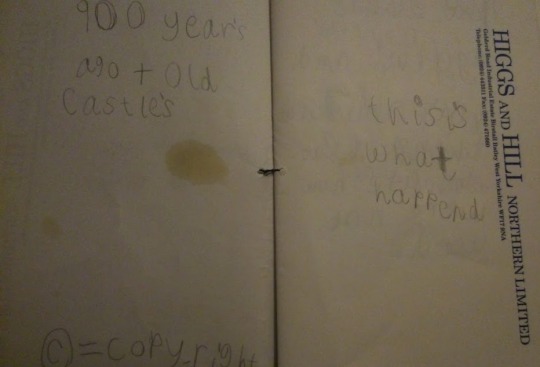 Ooh, a subtitle!  I suppose I can let myself off for writing description rather than doing analysis… 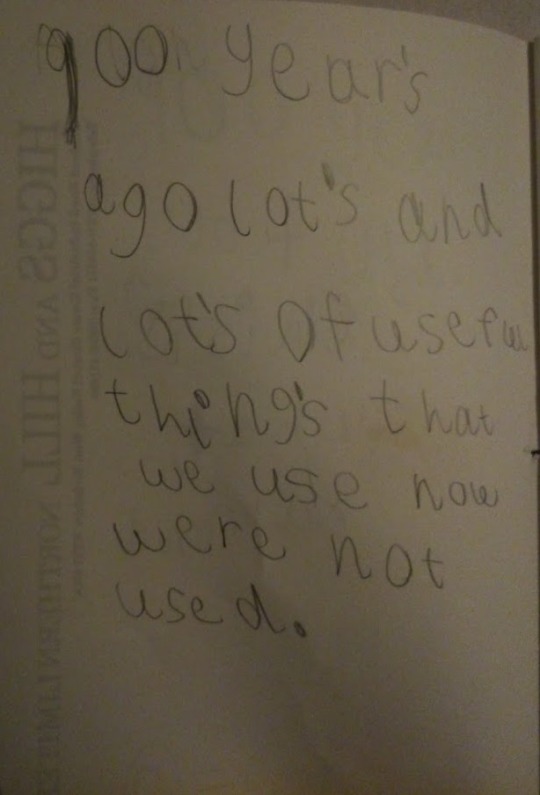 If one of my students had written this, I would have gone ‘examples?!’.  And crossed out all those apostrophes. 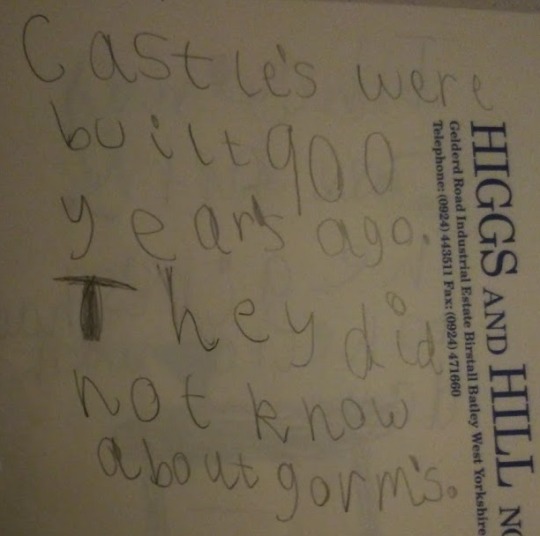 I have no idea what a gorm is supposed to be, but apparently it’s been discovered at some point in the last 920 years. 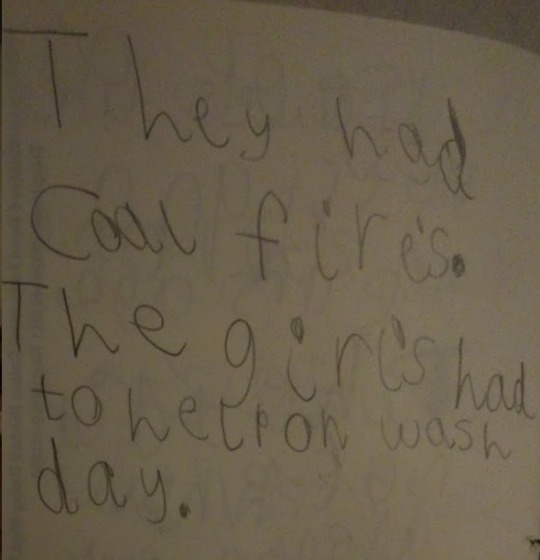 I remember two history topics in infant school: ‘100 years ago’ and ‘castles’.  I think I may have got confused between the two eras. 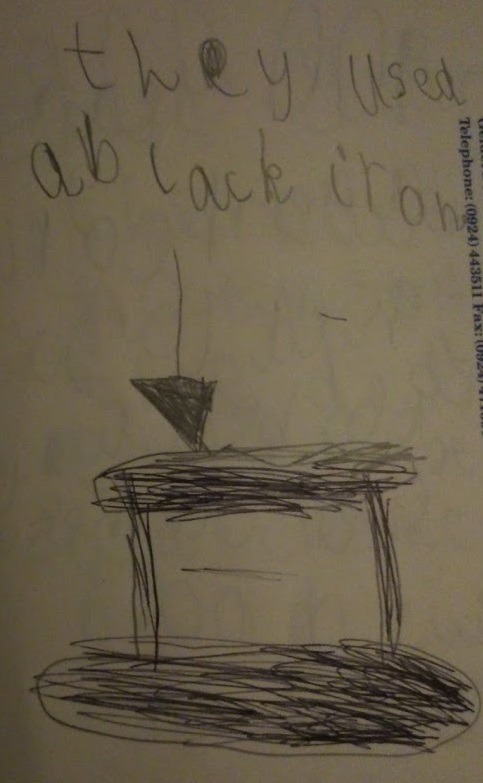 Case in point.  I don’t think I really needed to include that arrow. 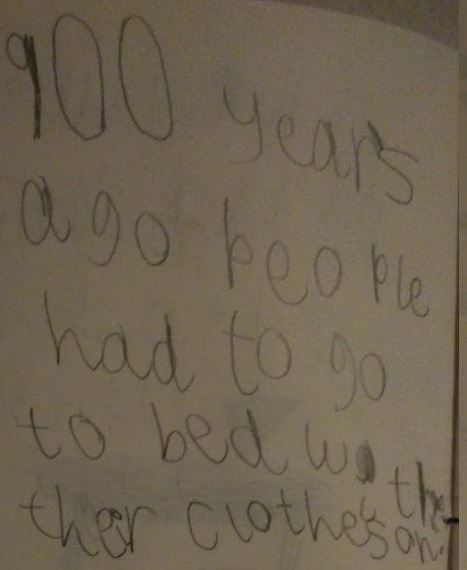 I suspect this wasn’t much different 100 or 900 years ago.  Either way, no central heating and a fireplace in the bedroom would have been too much of an expense for many. 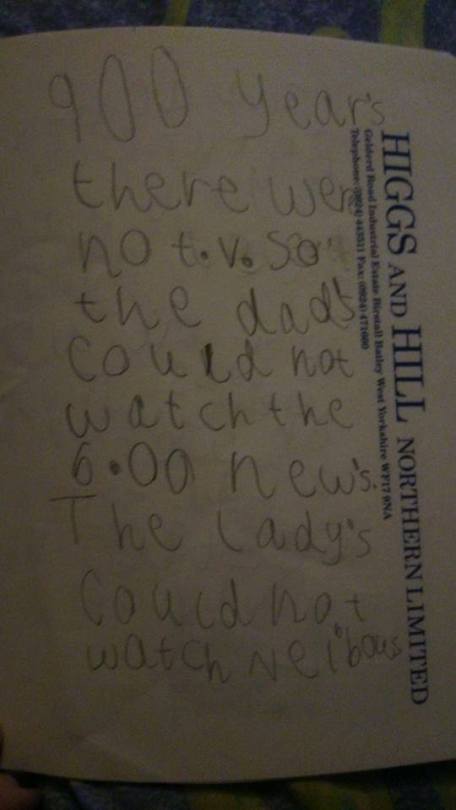 The one from the other day again.  Creating a link to the present AND gender history.  Amazing! 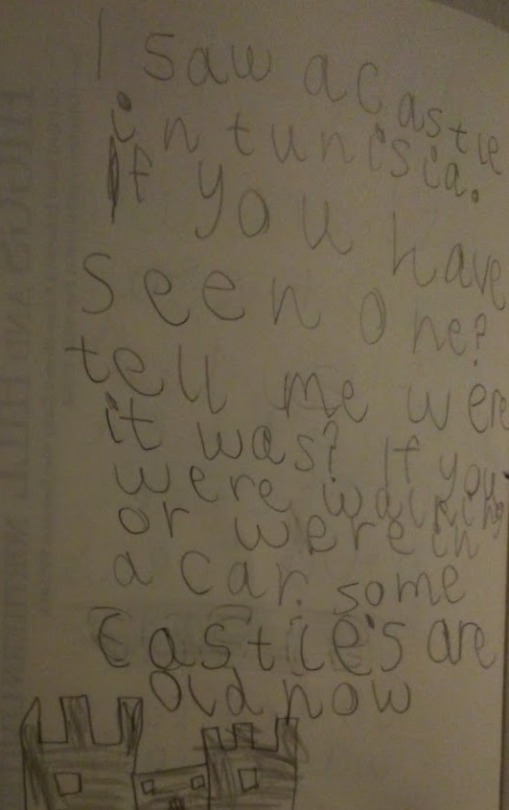 I even finished off by making an international connection and suggestions for future research.  Awesome.

Actually, this was the only history book I wrote; most of my books were fiction, whereas nowadays I’d struggle to write a decent-length fiction book and write history by the ream.  Then again, I also copied out a load of information on the digestive system, and I was never great at science…