I’ve been let down a couple of times this week, simply because I only started my PhD in October.  I couldn’t go on a teaching course for people who aren’t teaching yet because it’s only for second years and upwards (even though by the time it comes around in second year I might already be teaching anyway), and I wasn’t given the travel funding I really wanted because I’m not in second or third year (the form stated they ‘usually’ give it to second and third years.  Problematic, as I will explain, but worth a shot, right?).  I don’t think this is OK.

Before I go on, the one thing I do understand is why my department doesn’t allow us to become teaching assistants in the first year.  I personally wouldn’t feel comfortable teaching just a year after being the taught (on my MA), and the extra year gives me time to accumulate more grounding in the general area I’ll probably be presumed able to teach in.  I find it scary enough that we appear to be thrown in at the deep end in the second year, and I was amazed to find that some departments do that in the first year.  There doesn’t seem to be a lot of training, or it’s pretty useless like the one described above.  While a few years ago I strongly objected to the idea of having to do an extra year on top of my PhD to learn to teach, I think students deserve a teacher who’s at least been given a crash-course in teaching if they’re paying £9,000 a year.

But the travel funding thing, I don’t get at all.  Are first years deemed not mature or serious enough about their studies yet to be trusted with large amounts of money?  Even though they have to work conscientiously in order to pass their confirmation board, and the supervisor supporting their funding application knows what they’re talking about?  Surely it would help them to transfer from MPhil to PhD if they could actually get out there and do their research?

While it’s been suggested that first year is all about consolidating your ideas, you need to get said ideas from somewhere in the first place.  When you’ve done so much secondary reading that it gets repetitive or too irrelevant and therefore pointless, you need to take your ideas from your primary sources.  Which is fine for now, when I’m looking at childcare manuals which can mostly be found online, but they’re not going to take me up until October.  I’ll be ready to transcribe my key primary sources, a set of oral histories which are 50 miles away, before the end of the first year, and I’ll be picking up more all-important initial ideas from them as I go along.  The time it’s going to take to transcribe them, and the need to get something out of them before the first board of second year, means it just makes the most sense to start working on them in the summer.

The above details also show that this ‘second and third years get the funding’ rule doesn’t cater for individual schedules.  If you’re an extremely productive first-year, why should you be held back?  I don’t claim to be extremely productive at all, but I’m taking my boards on a section-by-section basis - the next paper I’ll write relates to perceptions of the only child, and the one after that will be about actual experiences - which I need these oral histories for.  How can people say PhDs are individualistic and personal, and then meddle with people’s well thought-out plans because of unyielding ideas about what first years should be doing (sitting at home reading for the whole year, apparently)?

And to go back to the teaching thing, I’d rather not have to combine thirty-odd twice-weekly trips to London with preparation (because I want to make my classes go well), teaching, and possibly marking as well.  Nor do I want to cram them all into the holidays, because that would just be monotonous and exhausting.  I chose to go with two trips a week because it would allow me time to recover from the hell that is commuting and the strain of concentrating on transcription, as well as giving me time to do some actual analysis.

Overall, what I’m saying is: I know what I’m doing.  Just because I’m a first year doesn’t mean I’m not committed to the course, or unready to look at primary sources (after all, what am I already doing at home with the manuals?!).  If my supervisor says I’m a safe bet, that means you can trust I’m not going to fall at the first hurdle, and that I am actually going to use the sources you’re paying for me to transcribe - they’re my key source, let me get on with using them!.  If I was a first-year undergrad seeking, I don’t know, an internship or something, you’d be right to use a little caution as I’d likely be very young, have just come out of school and not have settled into university yet.  But I’ve spent four years in the system already.  Give me some credit. 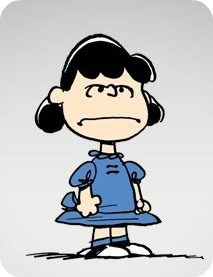 …I feel like an angry child who isn’t allowed adult privileges.  But if you’re ready to research, you’re ready to research, and should be considered on the same level as second and third years rather than them being given automatic priority on the mere basis of having been on the course longer.  There has to be a better reason to restrict travel funding than ‘you’re not a second or third year’.