This week, I went on the GRADSchool course - three intensive days of team activities and discovering what I’m suited to, what I’m good at, and how I work in a team.  This post reflects on my experiences and emphasises the importance (in my view) of grad students going on courses such as this.

The first day was based around the self - finding out what you’re like as a person, and what you want in life.  The big surprise of the day was finding out I’m an ISTJ on the Myers-Briggs test rather than an INTJ, as I’d always assumed.  This small change put me in the corner of the personality grid - apparently making me a ‘leader’!  I’d never thought of myself as a leader before, mostly because I’m very wary of displeasing people and having to be the one responsible for things going wrong!  There was also an exercise where we had to imagine our ideal scenario in life, based on times when we were and weren’t happy in the past.  What stuck out for me from that task was how much I want to be independent and autonomous.  I mean, I kind of knew that already, but I didn’t realise it was quite so strong.  And that brings me on to one reason it’s a good idea for a research postgraduate to go on a course like this - most people, like myself, probably go into a PhD thinking they’re suited to it because of their independent nature.  But I’d ended up thinking that I was so independent that working with others would be a struggle, and that therefore I was handicapped in the job market.  All the teamwork activities we did proved that not to be the case at all.

Okay, so it helped that our team got on really well - before the course, I was apprehensive that I would end up on a team with people who were really abrasive and/or exclusive and shut me out.  In fact, another reason I’d thought I wasn’t good at teamwork is because I was holding onto ideas about myself from school - when I was an outsider who felt like I was from another planet from everyone else, and therefore dreaded doing anything in a group I hadn’t been able to choose myself.  In this setting, I would either be ignored, not be able to make myself heard, or think nobody would listen to me if I did say anything.  I suppose being an adult working with other adults is often a good way to get rid of that idea.

But I found that I usually had something to offer the group.  In one of the tasks, we had to complete a wordsearch and play a game of pairs against a member of another team, among other things, and I put myself forward for those and did pretty well.  But my main contribution was scribing - I got a lot of praise not only for having neat handwriting, but also for taking down ideas clearly and concisely so we knew where we were.  I particularly enjoyed doing this for a task where we had to pretend to be consultants.  We needed to keep a record of the solutions we came up with for the ‘client’s’ problem as we had to do a presentation - which I actually ended up doing most of the typing for, and then actually presenting.

The presenting was a confidence-booster for me.  As I’ve mentioned in a previous blog, I used to be really bad at presentations and I’m still trying to shake off that idea, seeing as I’ve massively compensated for it by going to presentation classes and practicing my talking.  People actually said my presentation was good and I spoke clearly, which was amazing!  Definitely more confident about teaching in October now; it also helps that I consolidated my image of myself as an ‘ideas person’ in some of the tasks.  After the presentation our ‘client’ asked a difficult question and an answer popped into my head instantly!

Also, I was only given a few minutes’ warning that I would be doing the presentation, and generally I’ve learnt that I’m more flexible than I realised - I often found myself ‘taking one for the team’ by taking on any tasks that were going undone.

Of course, not all of the activities were ‘for me’.  There was one where we had to pretend to be the Environmental Agency in a crisis, where the other groups were the media, a water company, a chemical company, and residents.  I kind of withdrew from that like a tortoise into its shell because there were people constantly coming in and out of the room and things happening all the time and, being an introvert, it was too frenzied for my liking.  Though I did have a star turn as a water-pollution-measurer, using a piece of rope and my phone.  There were also tasks where we had to construct things, which I ended up not having much of a role in because I’m not very technically-minded - I couldn’t picture in my head what the thing we were trying to construct was going to look like.

The third day was career-focussed.  We had to imagine what jobs we wanted to do, what was important to us in a job, how we would get there and how we would feel.  I think that’s a good thing for PhD students to do now and again because you get so bogged down with the minutae of your project that you forget the bigger picture.  I think I already pretty much already knew what I was going to do in order to reach one of my three preferred destinations (answer: more than I did when I was an undergraduate!), but it was nice to see it written down!  Although every time I go to something about careers, there’s always this assumption that you_ will _get a job at the end.  I can never shake off the fear that I’ll either end up on the dole or back in retail because having a PhD and any work experience I pick up still won’t be enough for employers, seeing as my BA got me precisely nowhere (graduating in a recession didn’t help).  Though I suppose that by going on courses like this, you have more recent examples of using the skills employers ask about!

Also, generally, when you’re doing a PhD it’s a good idea to go on courses because you meet so many interesting people also embarking on the same journey, so you get to find out new strategies and hear about fascinating projects. 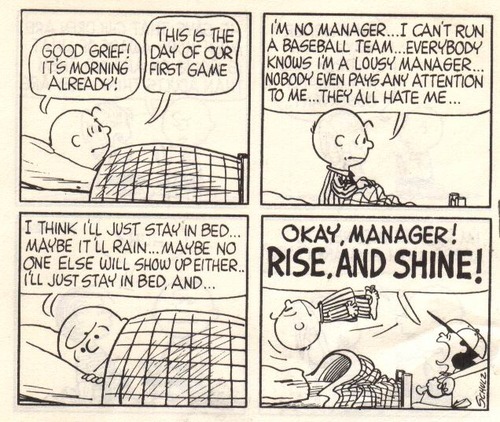