This week, I hardly did any work at all; I had a nice little break in Oxford instead, where I stayed with one of my best friends, who works in the Bodleian (jealous!).  I did some cultural things and less-than-cultural things!

On the less-cultural side, I made a point of visiting many shops and restaurants that Colchester (where I’m based) doesn’t have - namely Wagamama, Atomic Pizza, Las Iguanas, Kiko, Apricot, Hotel Chocolat and Whittards.  Naturally, my luggage (and probably my body - sad person that I am, I did miss going to the gym!) was heavier on the way home.  I’ll grudgingly admit that Colchester isn’t too bad _(got to get out of the teenage ‘this town sucks, I’m so bored’ mindset), but Oxford is so much more lively.  On the negative side, this included tourist groups _everywhere, it was quite hard to get around sometimes.  And I’m still rather intimidated by the grand college buildings with their mysterious un-see-through-doors, having been to two 1960s plateglass (read: concrete) universities where all the entrances are automatic and glass.  We did balance out this finery with some visits to some less-grand pubs and a club - I finally had a ‘proper’ Oxford night out, having not managed it on previous occasions.

While I was there I also took the opportunity to catch up with a friend who did an MA last year at Essex and now works in alumni relations, as well as a couple of history-of-childhood friends whom I’ve got to know through Twitter and conferences.  I love to see what people are getting up to after university and hope some of their good fortune rubs off on me, and chatting to fellow childhood historians is always fun and interesting.  We didn’t just talk about work, of course!

Me and my friend made a point of being ‘tourists’ ourselves and visited The Museum of the History of Science and the Oxford University Natural History Museum.  I must admit, with science museums I tend to give up on reading and am drawn to things I like looking at - anything intricate/miniature and anything with pretty colours, basically!  The History of Science Museum provided a lot of the former - kind of too much, in fact, there were a lot of very similar-looking sundials, astrolabes, quadeants and diptychs. 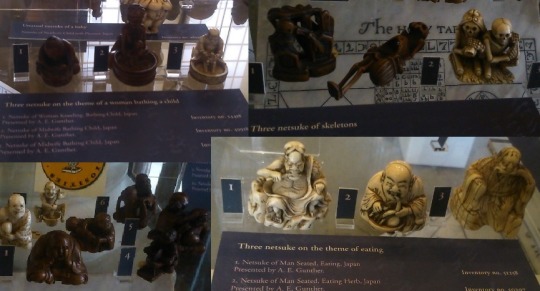 I especially liked these Japanese netsuke because I’m a sucker for miniature things. 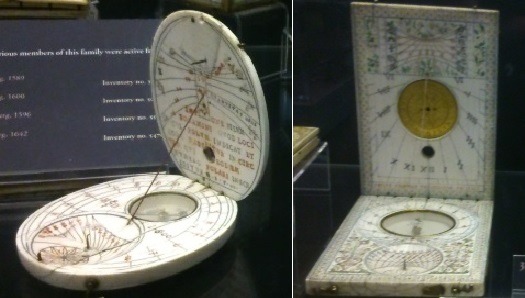 A couple of the many sundials on display!

The Oxford Natural History Museum was certainly a lot easier to get around than the London one, and you actually had time to stop and stare at things.  I was particularly interested in the butterflies and shells - interestingly, themes I had for my GCSE art coursework many, many years ago now.  I also like to take photos of things with interesting colour combinations because they serve as inspiration for colouring-in (having long since realised I can’t really draw, but wanting to be arty and creative in some way). 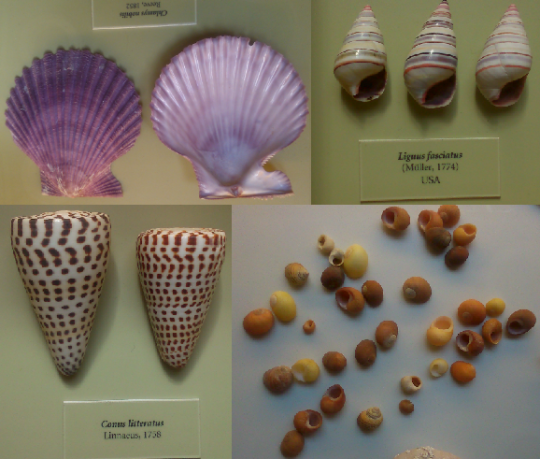 My favourite shells from the displays…I miss doing art.

The message of this post is: take a break!  Although travelling back today made me weary (I am not a patient person when it comes to public transport!), I do feel refreshed and ready to get back to work on Monday.  I hadn’t really socialised very much for the whole of July either, so it was great to do that too.  Oh, and visit museums.  Museums are good.  Definitely need to visit the Pitt-Rivers next time.