Sometimes, you come across an autobiography that transports you to a closeted, miserable-sounding childhood, and you can’t help but feeling really sorry for the author.  I’ve read more than thirty autobiographies of only children now, and while a lot of them described themselves as isolated, they at least seemed to have some companionship of their own age laid on sometimes. Scholar and author Joan Evans’ (b. 1893) descriptions of her childhood sounded a lot worse than most.

Evans was the child of two archaeologists, and they lived in what sounds like a big house (two libraries!) at Abbotts Langley, Hertfordshire.[1]  Although she had a number of half-siblings from her elderly father’s previous marriage, they were several decades older than her, so she grew up alone.[2]  Her mother was exceptional for the time, having gone to Oxford at thirty and risen to the ranks of Lecturer, but sadly lacking in maternal instinct:

> > 'My mother’s own home life had been mistrustful and difficult, and in her escape from it she had ceased to be closely one of a family … all her energies had gone into making herself a recognised intellectual personality.  She had never, I think, had the slightest wish to stoop down and make contact with an immature mind. She had told me herself that she never wanted to have children, and that she was angry when she found one coming to modify the order and dignity of her new life.'[3] > >

This was to set the scene for a childhood spent at home with ‘Nannie’ while Joan’s parents were abroad:

> > 'My mother was determined that my existence should not spoil her life.  When I was six months old she left me for a second honeymoon in France.  My first year was spent under the care of a succession of resentful nurses, and then, when I was eleven months old, Nannie came.'[4] > >

The beloved Nannie was to stay in Joan’s life for 67 years, and was her only company on the three or four days a week her parents were in London as well as the number of weeks they spent away in the spring and summer, and the three months they spent abroad during the winter.[5]  However great Nannie was, ‘the fact that there were only two of us greatly lessened our choice of games’, and Joan’s parents were tight with their money, limiting their options of activities.[6]  Things were especially bleak during these winter trips of her parents:

> > 'The coldest and darkest months were fairly dreary for us, shut up in the attics, with no stir in the house below … no one came to the house to visit us, though the servants entertained their friends, and we would hear distant sounds of their carousing, while their service became careless and neglectful.'[7] > >

Another only child, Kenneth Clark, art patron and historian, reported similar problems with servants when his parents were away; they got back at their absent masters by providing him with food that had gone off.[8]

The company of other children was very occasional:

> > 'At Christmastime there were always a few children’s parties, but I was prone to vague feverish attacks, and was passing through the regular succession of infectious childish illnesses … and too often I could not go to them.  When I did, as soon as my first shyness had melted, I enjoyed them thoroughly, although, since it was not made easy for me to ask anyone to the house, I knew hardly anyone at all well.  My only authorized companions, whom I could meet without an invitation given or received by my mother, were my four nieces, the daughters of my half-brother Lewis…' > >

Joan and Nannie would go for walks with these nieces and their nanny, and Joan and her nieces would make up stories of an imaginary family together.[9]

Alas, Joan’s education did not provide much relief from her lonely home life.  She was educated alone until she was nine, when she went to private school.[10]  Even at the private school, she felt she did ‘not altogether belong to the school’ because she had to come six miles by pony-cart of brougham and often missed the start and end of the school day.[11]  In 1906, following the death of her father, the family moved house and she changed to a grammar school, where she had an especially bad time in the sixth form:

> > 'My mother had always intended me to go to Somerville and read Classics, but had never organized my teaching to this end.  For a time I went on with the necessary subjects under rather inadequate teachers.  I knew my work was not good enough and I came very near to a breakdown.  Eventually I screwed up my courage to tell my mother with tears that I had rather not go to Oxford.  It must have been a blow to her, but she was more puzzled than angry.'[12] > >

Joan largely finished this part of her education at home and went to Oxford to study archaeology in the end: ‘I think I can claim to have been almost the last person admitted without having passed Responsions or any equivalent or having taken any form of College entrance examination.’[13]  It was difficult to settle in there at first because she was so used to isolation.[14]

Although it doesn’t sound like she saw much of him, Joan was very positive about her father and his death came as a great blow.[15]  Her mother was also upset by it and withdrew somewhat, so Joan, her mother, Nannie and the servants rattled around the new house with few visitors, and these were her mother’s age or older.[16]  There were compensations, however, in the form of Joan getting to travel abroad with her mother.  She particular enjoyed going to Florence when she was 16:

> > 'Florence indeed offered many delights.  My mother, who had restricted my friendships in many ways, had allowed and indeed encouraged my intimacy with the son of some old friends of my parents who lived some thirty miles from Nash Mills, and very grateful I was for his comradeship.  Now, at sixteen, I was in love with him, with the simple, delicate love of a schoolgirl, and he, though I was not then certain of it, at eighteen had a like feeling for me.'[17] > >

Even when this young man went home, Joan was now old enough to share the company of her mother’s friends.[18]

I think Joan’s childhood is the most monotonous-sounding one I’ve read about so far - nothing much seemed to happen until she was 16.  Still, at least she had one good companion, in the form of Nannie.  It has been very interesting to see the relationships between different only children and their nannies, governesses and household servants, as there’s a fair bit of variety and it seems to come down to luck - whether those people were nice or not! 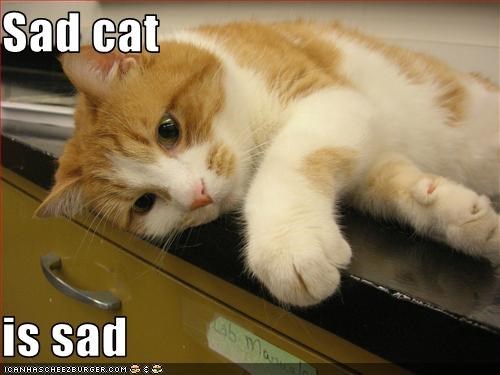