This week has been all about the primary sources, both online and offline.  On Monday I went to the British Library to read a couple of books I hadn’t been able to get hold of elsewhere, and transcribed most of an oral history interview.  The rest of the time, I’ve been using the internet to find out extra information about the nineteenth-century guidance books I’ve read so far.  I’ve also found a couple more such books I want to read along the way, and got a four-week trial for Mass Observation Online, which I’m massively excited about using - it looks so interesting!

Now, in a romantic way, archives and research **libraries** are lovely.  The smell of old books!  The studious atmosphere of people expanding their minds!  The feeling of reverence for and preservation of old things!  It’s lovely, but for me going to an archive can be like too much of a good thing - desperate to get as much out of it as I can, I end up feeling a bit ill.  This was what happened on Monday.  I was so enthusiastic about getting the most out of my day in the Library - and my train ticket - that I focussed too hard on my tasks and forgot to take breaks.  There are other problems with the Library that contributed to this.  One was that it just seemed like too much effort to pick up all my stuff, go back to the lockers, get my bag, go and have a drink and a snack somewhere, and come back.  Another was that even though there is no way to create your own documents on the Library’s computers, they don’t seem to have any spare sockets near the computers so you can use your laptop and the computer at the same time.  My transcription was a battle against the battery level on my laptop, and I didn’t quite manage to finish it.  Though at least now I know it was a great idea to get a new laptop for my last birthday, seeing as my old one no longer worked unless it was plugged in!

So when I finally stopped working, it suddenly occurred to me that I felt like death warmed up.  I hadn’t eaten or taken a break from work in hours, I had a splitting headache, I still had a few stops on the Tube and an hours’ train ride to get through, and I couldn’t even leave yet because I had an off-peak travelcard and wasn’t off-peak time on the Tube yet - I ended up spending the money on my Oyster card because I had to go.  Luckily, I felt a bit better after a restorative McDonald’s while I was waiting for my train, but I wasn’t up to much for the rest of the evening, and the next day I felt like I had some kind of weird library hangover.

I’m definitely going to learn from this experience - for the rest of my visits I’ll be sure to take breaks, remember to eat, and fully charge my laptop before attempting to transcribe an entire interview.  But for various reasons, I prefer digital archives when it comes to practicality, and I think it’s great that documents are increasingly being digitised and made available online.

I suppose, having grown up with computers, I’ve never been suspicious of digitisation, and never really had to get used to it.  Both my BA and MA dissertations were done with online sources; in fact, I actually spent more time in archives during sixth form, when I had a week’s work experience in one, than during four years of university, when I went a grand total of twice.  Digitised documents allowed me to use the Essex Record Office while I was living in Norwich, and Early English Books Online and the 1641 Depositions (from the Irish Rebellion) when I was in Essex.  Now, as well as the aforementioned Mass Observation documents, I often use archive.org, Project Gutenberg and openlibrary.org, as they have a lot of books I need to read, and information on said books and their publishers.

Being able to do so much from home is great for many reasons.  The obvious one is that it saves the time and cost of travelling.  It’s enough of a pain coming from Essex, let alone further out, and I imagine it must be even worse if you work, have children or have health problems.  It also saves labour; a lot of the time, I can just copy and paste passages into my notes rather than type out the whole thing, or photocopy if I’m feeling extravagant.

But it also appeals to my senses of high noise sensitivity, laziness and comfort.  On the whole, people stick to the rules in archives, but they can still be annoying sometimes.  They can’t always help it (it’s amazing that the special headphones on the computers the BL set aside for sound recordings muffle everything EXCEPT FOR BURPING), but some days it feels like my noise-sensitivity is set to maximum and every unwelcome sound makes me feel bristly.  At home, I feel like I’ve got all the time I need and can go at a more leisurely pace, rather than being like ‘I MUST FIT AS MUCH AS I CAN INTO THIS DAY’.  If I need a break and want to come back to it later, I can just go and do something fun or have a nap.  If I feel I’ve done enough work for one day, but haven’t quite finished what I’m reading, I can pick it back up tomorrow.  If I’m hungry, I can go and get something to eat and just leave all my stuff where it is, because nobody’s going to steal it or take my place.  I don’t have to face a crowded train home or eat questionable food just because I need to eat something.

I, for one, welcome our digital overlords.  I don’t think they will kill the archives because the archives will still be there for those who prefer them, we still need to store the original documents, and someone needs to maintain the physical and digital records.  There’s still a lot of work to do.  Digitisation is still, for many, ‘in progress’, and what’s there already could be improved with, in some instances, page numbers and, in others, not using dodgy Optical Character Recognition.  Maybe I should add ‘something to do with digitisation’ to my list of possible careers. 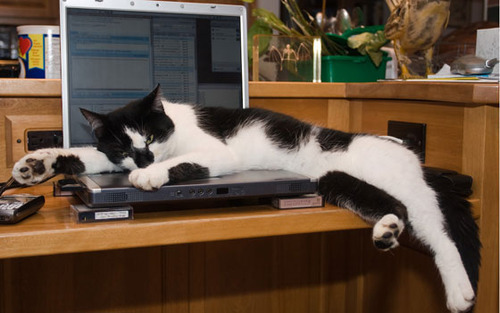