I’ve only just got into Charles Dickens.  Of course, I knew the stories everyone knows from films (admittedly the Muppet and musical versions respectively).  I’m probably quite late in doing so at 26, but then again, having taken them up of my own accord rather than been forced to study them at school, I feel like I can enjoy them.  I was initially attracted by repeated assertions that family relationships and the treatment of children crop up a lot in Dickens’ novels, and stuck with the books because they were timeless, very readable, with strong characterisation and subtle (and unsubtle) humour.  So far, I’ve read Bleak House, A Tale of Two Cities, and David Copperfield.  Something that struck me about all three novels was the proliferation of only children in them - they seemed to be far more prevalent than they really were in the period.  Although Dickens’ time barely overlapped with the formation of only-child stereotypes, I reckon he had a better grip on only children than the emerging child guidance writers.  While some of his only-child characters display what might be termed ‘typical’ only-child traits and experiences, others are kind, well-adjusted and successful, reflecting my own findings about variety within only children.

Take David Copperfield, for example.  Although Dickens himself was one of eight, his semi-autobiographical character is, apart from a short-lived brother, an only child.  Some of Copperfield’s childhood experiences might be deemed those of a ‘typical‘ only child - he spends long periods of time alone with his books, in the company of adult friends with whom he can speak relatively freely, such as his nurse, Peggotty, as well as Barkis, Mr. Micawber, Mr. Dick and Mr. Wickfield, and is a bit overwhelmed when he goes to private school after a period of isolation from other children, but he doesn’t seem to suffer for it.  He makes friends quickly enough at the school, spends periods of time living with fellow children such as Little Em’ly (an orphaned only child who fares less well) and Agnes (a fellow honourable only child whom he come sto regard as a sister - and - spoiler alert - marries in the end), and generally comes across in the book as a champion of fairness and justice.

David Copperfield isn’t the only Dickens novel where the hero of the piece is an only child.  Although I got to the point where I wanted to punch the Pollyanna-esque Esther in Bleak House, it was nice that she wasn’t screwed up by her isolated upbringing - she didn’t see other children out of school - by a guardian who regarded her as a product of shame.  The point was that she was ridiculously kind.  Lucie Manette in A Tale of Two Cities proves her worth by rescuing her long-lost father from France without being so tiresome.

On the other hand, there are some less salubrious only children in Dickens’ novels.  To return to David Copperfield, there are two only-child villains - James Steerforth and Uriah Heep.  Steerforth wouldn’t be out of place as a cautionary vignette in a child guidance book - the dotages of his mother and Rosa Dartle, who shared their home, turn him tyrannous over them, as evidenced by the scar on Miss Dartle’s lip from one of his violent rages as a child.  As a child, Steerforth is popular at school, but this helps him extend his tyranny - he gets the headmaster, Mr. Creakle, to fire a teacher, Mr. Mell, for the crime of coming from a poor background.  As a young adult, Steerforth continues to assert his superiority by lording it over the working people of Great Yarmouth and bringing Little Em’ly into disrepute, with little regard for the feelings of her fiancé or either of their families.

Heep is a different type of only-child villain.  While Steerforth at least has an obvious air of superiority, the greedy Heep employs weedling and sly tactics to get what he wants.  While Steerforth wraps his own mother around his finger, Heep fools even his mother with his strategic pretension of ‘umbleness’, though she sticks by him right to the end, and he can do no wrong in her eyes - another kind of spoiling.  As a side note, it’s interesting how many of these characters only have the one parent, and therefore a more intensive relationship with them - in the cases of Steerforth and Heep, ultimately negative ones, but the practical Agnes Wickfield is devoted and helpful to her father.

There are also only-child characters in Dickens whose personalities don’t fall strongly either way.  Dora in David Copperfield, the eponymous hero’s first wife, is nice but dim.  Little Em’ly may fall from grace, but she’s good with children and the sick.  Ava in Bleak House doesn’t leave much of an impression, while Richard in Bleak House is flighty about career choices and obsessive about the long-running court case that links the characters, but by no means particularly evil.  I’m looking forward to reading more Dickens and coming across more variations of only children! 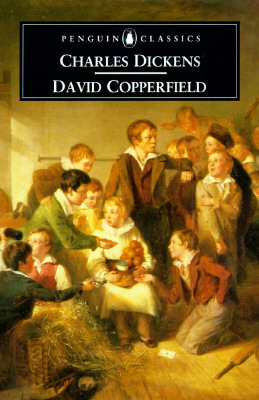