Last Friday I went to (and spoke at!) the abovementioned conference.  It was a day choc-full of thought-provoking talks, incorporating two keynotes and four panels: Children’s Voices, Institutions: Health, Childhood in Time and Space, and Institutions: Religion, Soldiers, Diplomats.  My paper was part of the ‘Institutions: Health’ panel, and was about studying the psychology articles published between 1927 and 1949 that challenged existing ideas about only children.  Much as I’d like to write about every single paper I listened to, that would make for a very long blog, so I’m going to write about the three I got the most from and say that everyone’s talk was very good!

One of the keynote speakers was Sian Pooley.  Although I’ve heard her speak about her research into children’s pages of local newspapers before, she had a lot more time to talk about it on this occasion, and used it to bring new things to the table.  Right at the beginning, tying her paper to the conference as a whole, she said that not only does the history of childhood pose challenges to the researcher, but we can challenge the history of childhood with our findings.  I was inwardly going ‘yes!  My research does that!’.  She also talked a lot about power - how these pages gave children an unprecedented voice beyond their own families but that this could be tempered depending on whether their parents let them write to them, and that they commonly mentioned their parents as a source of constraint.  Another issue she raised that really grabbed my attention was the representation of children in pictures printed in these columns - idealistic pictures of wholesome children playing indoors, a contrast with the reality that working-class children were more likely to play outdoors (and getting me thinking about only children being stuck indoors!).

Sian Pooley also mentioned that child writers referred to themselves as ‘little’ until their mid-teens, and the issue of when a child stops being a child was also picked up by Maria Cannon in her paper about the financial and emotional assistance given by parents to grown-up children in the early modern period.  She concluded that there was no clear break between childhood and adulthood for aristocratic children, and I could relate this to my own work as I’ve sometimes found it hard to decide when to stop reading, for example, an autobiography where the author has become an adult but is still getting extensive help from their parents.  She also made the very important point that relationships between parents and children change as the children grow older and the power balance changes - something also echoed in my own work, as my only children have reported having good relationships with their parents when young, only for them to sour as they grow older and reject their parents’ beliefs or control over them, or improvements in their relationships as they grow more able to hold intelligent conversations with their parents.

I was also particularly captivated by **Sara Hiorns’ **paper about the childhood experiences of diplomats’ children between 1945 and 1990 - like me, looking at children who grew up in circumstances that deviated from the norm.  A key point of her talk was that these children grew up in an atmosphere of stoicism - feelings were repressed, distressing situations were normalised, and children internalised the idea that they should ‘put up and shut up’ - a contrast to child-rearing advice of the time, which placed children centre-stage.  It also really interested me that she talked about these children’s experiences of going to boarding school, seeing as it’s something that comes up a lot in my research.  It sounds even more awful for diplomats’ children than it does for the (only and non-only) England-dwelling children I’ve been looking at!

My brain does love a conference, but my body is less keen!  I always come away feeling ill, exhausted, or both.  I had a great time at this conference, but I had to miss the drinks and meal afterwards because I had a splitting headache from too much brain-work and the heat of the room, which is a shame.  I’m doing all three days of the **Social History Society **conference in Portsmouth this year (and speaking at that too) so I’m probably going to need to sleep for the same number of days afterwards.  Hope the hotel has comfy beds! 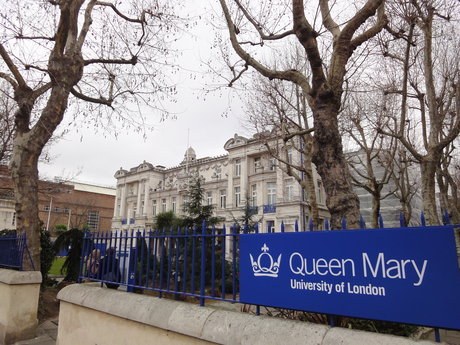