On Tuesday 21st October, I went to the aforementioned conference at the Geffrye Museum.  A very nice day it was too - so good to come into contact with new people, and hear about subjects I’d never even dreamed about!

The day was split into three sessions, which might be characterised as use of space in the homes of singletons, material objects in the home, and ideas of home among the voluntarily and involuntarily displaced.  I was up first with a paper about how only children utilised the spaces in their houses (SPOILER: it depends on the family in question).  For my first ‘proper’ conference paper, I think it went quite well - I didn’t completely seize up anyway, and nobody asked a question I couldn’t answer.  I was followed by Laika Nevalainen on Finnish bachelors’ homes, 1880-1930, which I found fascinating.  Both of the bachelors she used as examples enjoyed living with their families and having women make the house nice for them, though if they were alone for whatever reason, they weren’t too bothered about standards slipping, eating a lot of eggs as they were easy to cook.  One of the bachelors sounded like the image of the stereotypical PhD student - when he was engrossed in some work, he would insist on all courses of a meal being served at once so it could be eaten in ten minutes, ran to the coffee pot when caffeine was required, and didn’t have time to talk to anyone!

In the ‘material objects’ session, we heard Ruth Mather talk about ‘Material culture, identity, and power in late-Georgian plebeian homes’.  This encompassed work in the home, and the problems of the noises and smells of men’s work intruding into eating and sleeping space, as well as the purchase of certain ceramics to express one’s political views, and warnings to working people not to spend money ostentatiously or buy from traders who didn’t support reform - so it covered a lot of ground and shows early examples of ‘people power’.  Michele Summerton was next, and she talked about the domestic material culture of gold rush emigrants to Victoria.  This was a subject I’d certainly never thought about before, and I was amazed by the lengths people went to to furnish their cabins and tents properly.  They certainly didn’t ‘travel light’, but companies saw an opportunity by creating and marketing collapsible furniture to these emigrants.  The last paper in this section was from Heidi Egginton, on book-collecting, gender, and domesticity, c. 1880-1920.  Egginton argued that while libraries and book-collecting were typically seen as the domain of gentlemen, women also had a hand in creating libraries, with advice in domestic magazines on how best to decorate a library or incorporate a small collection of books into an existing room, as well as examples of women who collected books and criticised gentlemen’s libraries as stuffy.

The final session took a turn towards the present, demonstrating the interdisciplinary nature of this conference.  Luis Eduardo Perez Murcia talked about ‘meanings of home for conflict-induced displaced persons’ in Colombia.  By interviewing displaced people, he was able to capture the sense of panic, confusion, loss and transition suffered by them, as well as the feeling that by losing their homes, they had lost their lives’ financial and emotional work.  His talk was very emotive, as it drew upon narratives from people who had suffered from violence, and were currently experiencing difficulties integrating into their new ‘homes’.  No less emotive was Henrietta Zeffert on the resettlement of people living around Bongkok Lake in Cambodia.  She explained how for these people, ‘home’ had become a concern of international law, as their rights to live there had been denied by developers with World Bank funding, and that they did not wish to leave because it was where their families and community were long-based.  Finally, we heard Annabelle Wilkins discuss the challenges faced by Vietnamese immigrants in East London in setting up appropriate shrines to ancestors and deities in their new homes, as well as the meaning of ‘home’ as a place of connection to these ancestors and deities and also to their families back in Vietnam.  It was really interesting to find out about Vietnamese ancestor worship especially, as this was something I had never previously been aware of.

The conference was held at the Geffrye Museum in Shoreditch, which I hadn’t visited before, so I took the opportunity to look around after the conference.  It has mock-ups of living rooms from a number of decades in the past, and being a bit of a fake nostalgic, I particularly liked the twentieth-century rooms.  I was also drawn to their displays about home layout - a geeky interest of mine!  It never ceases to feel weird, though, to see objects from the 1990s in a museum.  This week I taught some classes on using the internet for history research and showed the students an Angelfire page as an example of bad practice - and felt incredibly old when virtually none of the students knew about Angelfire and Geocities, and how we used them to make websites in the late ’90s/early 2000s that looked like Word documents on acid. 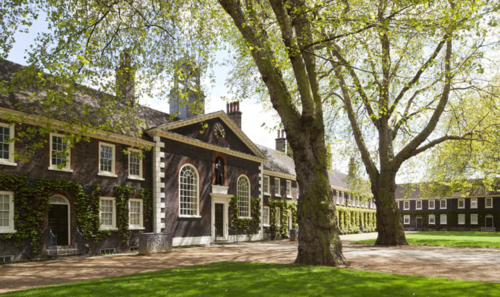 It was with great sadness that I heard about the death of Professor Leonore Davidoff at the weekend.  She was a true pioneer in the field of women’s and family studies.  Her book Thicker Than Water inspired my thesis, and I was lucky enough to be able to discuss my embryonic PhD ideas with her in 2012.  She will be sadly missed.