I have a lot of time for sociologist and feminist Ann Oakley.  Not only have her 1984 autobiography, Taking It Like A Woman, and an oral history interview with her been extremely useful for my only child research, but I regard her as an example and somewhat of a role model.  I love how she extended sociology to include women with her pioneering research into housework, challenged what women were expected to be in the 1960s and ’70s, and she’s written a lot of sense about the issues faced by women and onlies.  I wasn’t disappointed by her latest book, Father and Daughter, which is part autobiography, part biography of her father, iconic social researcher Richard Titmuss, part history of social work in general, all the time keeping in view Titmuss’ place in relation to her and the field he worked in.

If someone said a person had written a biography about their father, you might expect the result to be one-sided, and reticent on the more unsavoury aspects of the man’s character.  Of course, Oakley has form when it comes to producing work about her father that doesn’t shy away from talking about her difficulties with him, objective research and ‘the truth’, as opposed to sentimental collections of rose-tinted memories and ‘oh, he was so wonderful and inspiring!’, as demonstrated by Taking It Like A Woman _and _Man and Wife, her 1996 book about the early years of her parents’ marriage.  Nonetheless, there are some hard-hitting truths that must have been very difficult to uncover and write in Father and Daughter - particularly the admission that Titmuss was awkward with women to the point of oppressing them, especially in the case of the ‘Awkward Women’ (who sound amazing!) of LSE.

Another thing Oakley does well is write a history of these ‘Awkward Women’ who were doing great sociological research and coming up with great ideas but being pushed down or not getting nearly enough credit.  I’ve never got on well with histories of groups of researchers, what they did and when (I nearly lost the will to live reading about the eugenicists once), but Oakley’s personal knowledge of and anecdotes about the people she writes about renders the subject much more enjoyable, and had me simultaneously thinking ‘I would love to do that research’ and ‘ugh, how did they have any morale or get anything done with so much oppression?’.

I also enjoyed the different types of research and history that formed the essays of Father and Daughter, being a sucker for interdisciplinary research.  It was fascinating, for example, to follow Oakley’s genealogical research, through which she found out her dad wasn’t from as humble beginnings as the legends suggested, and ended up asking questions of a distant, very elderly relative.  I found it interesting reading about all the dubious medication Oakley’s mother was put on as she got older, as a sort-of mini-history of medicine.  There were also some useful observations on memory and autobiography that might come in handy for my own work.

I don’t have much negative to say about Father and Daughter _really.  The format of a group of essays did mean that some points were made repeatedly, though that’s only a problem if you read it as a straight book, as I did.  Oakley’s descriptions of her surroundings and feelings now, in her 70s, gave me a feeling of melancholy, like she’s preparing for the end of her own life (though the end of the book implies there’s much more research to come from her!).  I didn’t really learn anything new about her experiences as an only child, but that wasn’t really what this book was for, and she probably drained that well in _Taking It Like A Woman anyway. 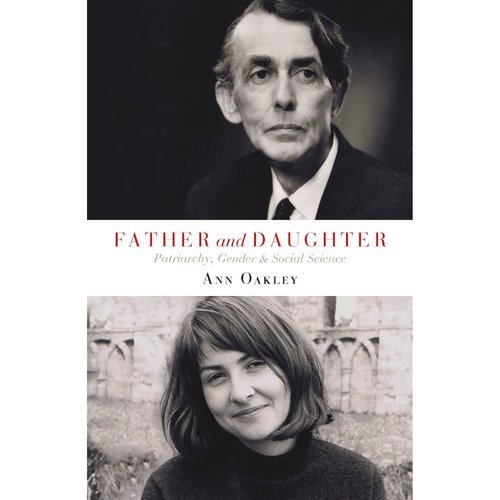