After the horrors of my third board (not completely negative, but an overwhelming slew of suggestions for improvement made me feel like I’d never get it right and should just give up), I was apprehensive about the board I had on Wednesday of this week.  There wasn’t much I could do to prepare for it (or any board, for that matter) once I’d emailed in my material for the board to look at, but I’ve definitely noticed that I’ve been sleeping better and had a lot more energy since going from the ‘build-up’ to the ‘it’s over!  I’m still alive!’ stages.  It was a good board.  I actually came out feeling positive and inspired rather than bogged down and hopeless like the last couple of times.

I think the main reason I had a better time at this board is that I’m a lot more interested in the material I wrote for it.  I mean, I am interested in what the stereotypes of only children were, and how they came about, as per part 1 of my thesis and submissions for my last two boards, but it doesn’t compare with the actual human experience side.  Besides, loads of people have traced the stereotype back to some extent, I just did it more deeply and cast around for more explanations for it.  My oral history interviews and autobiographies haven’t been used in this combination or for this reason before, and I think that’s what makes part 2, the actual experiences and feelings of only children, more special.  It’s also what’s going to make it really long, however - one criticism was that my current thesis outline, which I also submitted, had too many chapters in it.  I’d like to condense part 1 more to fit more in, and maybe save the surplus chapters for articles or (in a perfect world) the book.

What everyone really liked about my paper was its sensitivity and nuance, which I had worried about to some extent because I had to mention so many things about people’s lives that the paper just kept getting longer and longer.  There are things I could draw out more, but overall the Board seemed rather pleased that I kept returning to the topics of class and community type.  Apparently I’ve successfully refuted the only-child stereotype in the chapter with my in-depth look at other things that could have affected only children’s (and sibling children’s) personalities, and as that was my aim, that’s good to know.

One part of the chapter I was advised to condense was the shedload of information about personality psychology I prefaced it with.  I’m still glad I wrote it all out in the first place, though, as I’m usually criticised for the opposite - not explaining or justifying my framework enough.  And, to be honest, I’m looking to go way over the word limit, so if anyone tells me something can be cut, I’m going to be on it like a shot.

So, now I don’t have to think about a board for a few months.  But I don’t currently fear them, as my forthcoming chapters take much the same approach as the one I submitted this time - looking at lives in some detail to knock down the stereotype.  And nobody said I needed a lot more context this time.  Hooray! 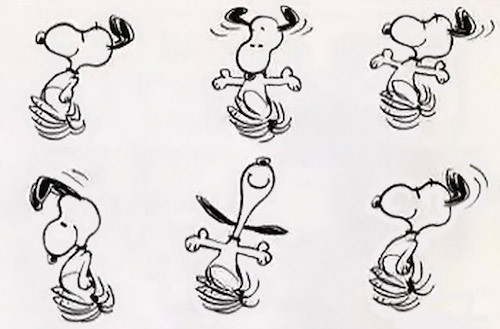