I’m still ordering and reading autobiographies of only children by the pile.  So far I’ve been through autobiographies by people born between 1850 and 1920ish, and I’m going up to 1945, so I’ve still got a little while to go.  But autobiographies are commonly seen as a dubious historical source, not even worth bothering with.  Here are some thoughts I’ve come up with over the course of my reading.

There are two big problems with autobiographies, which are bound up together: their selectiveness, and the fact that they’re written for an audience.  I initially thought I might get round this by only reading unpublished working-class autobiographies, but that wouldn’t make for many examples.  I’ve ended up with the total opposite - a sheets-to-the-wind let’s-read-famous-middle-class-people’s-autobiographies approach instead.  I’ve found these books by going on ODNB and doing a keyword search for ‘only child’, then getting hold of the life stories of those who actually wrote them.  I’ve ended up with autobiographies of all kinds - unhelpful ones, which don’t mention the author’s childhood at all, rather-helpful ones, which have a couple of chapters on their young life, and very-helpful-but-annoying ones, where the whole book is about their childhood, which is amazing but really tedious to type up all my notes from afterwards.

Selectiveness mainly comes in, though, in what an author thought was worth mentioning to their audience, what they wanted to keep secret, what they didn’t remember, and how they were trying to present themselves.  Some writers really played up the ‘I had a miserable childhood because I was lonely but it led me to my vocation’ card.  Others attributed their calling in life to other aspects of their lives.  I do find it difficult, though, to see why many people would have wanted/needed to lie about their childhood in their autobiography.  They might have skewed memories, or consciously or unconsciously played up certain aspects, but when childhood is long past, many of the key players are dead or otherwise lost, and there are no social or moral crimes to cover up, are autobiography writers that likely to lie?  What silence there is, I’ve found, usually covers marriage - people often wrote things along the lines of ‘I won’t say any more about her because she isn’t part of my career, which this book is about’, or ‘we have been very happy, so there isn’t much to say there really.’  Luckily, the marriages of only children were only ever going to be incidental to my thesis.

There has been a definite weighting of autobiographies being written by authors, scholars, musicians and artists, which presents problems and opportunities.  On the one hand, if I’m not careful, it’s going to look like A LOT of only children were imaginative, when that might not really be the case overall.  Also, authors in particular knew what would sell: presumably not a run-of-the-mill childhood.  I’m also noticing a tendency for these autobiographers not to be into sport, when in fact there are plenty of people in the Database who had sporting careers, but didn’t write about them.  This leads me to wonder if another thing I could do, very cautiously, of course, is read the profiles of only children who didn’t write autobiographies.  Skimming through them, I have noticed a couple described, for example, as ‘lonely’ when they were children, and their biographer, being an expert on that person’s life, must have got that notion from somewhere.  Another line of enquiry could be how authors represented only children, if at all, in their books, though that might be straying too far into the field of literature.  A few only children had memoirs written about them by their contemporaries - in this case, ideas about how their ‘onliness’ affected them would have been gleaned from personal knowledge.

Should we really discount all autobiographies on the basis of their flaws?  I don’t think so.  Thing is, there’s no such thing as a perfect source - on the same basis, why not fling out oral histories and diaries?  I’ve heard it said that the only diary that is a true record of someone’s life is the secret one that somehow missed being burned, after all.  The part of autobiographies I’m most interested in is childhood, and I think that’s most likely to be the most accurate part, and not just because there’s less reason to lie about it.  I’ve read time and again, in relation to oral histories, that in later life, people remember childhood better than any more recent period, so memory is less likely to be a problem too. 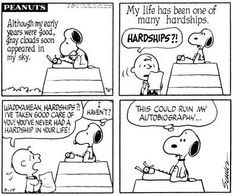