I say ‘Autobiographies of Victorians’ because while the events the authors describe happened in Victorian times, they actually wrote them down in the 1920s/30s.  This is a hazard of concentrating on people BORN between 1850 and 1945ish, and whether I’ll need to amend that so I can include autobiographies actually written in Victorian times I don’t know yet.  I’ve certainly seen some features that were common in the nineteenth century; the authors talk about their ancestors and pick out things in their early lives that they think were important in determining what they would do and how they would be as adults.  I’ve also noticed, curiously, that the married autobiographers have said very little about their wives (everyone I’ve read has been male so far) - they’re just not important to their life stories for whatever reason.  But today I’m going to reproduce a few bits of autobiographies I found funny.

I suppose it’s kind of a lazy way to blog - basically just copying things.  But I was surprised to come across things in early twentieth-century autobiographies that tickled me, and it’s not like they’re relevant to my thesis, so this is a good place to share them.  The big exception so far has been Arthur Machen, whose Far Off Things (London, 1922) is agonisingly boring for the early life story of someone who wrote horror stories and dabbled in the occult.

The autobiographies of J. A. Fuller-Maitland (London, 1929), the music critic, and W. Graham Robertson (London, 1931), the set designer, provide particularly rich pickings.  These usually centre around sundry older family members.  Fuller-Maitland had two aunts who moved to Brighton, but lived in separate houses:

> > 'as one could not bear an open window, while the other insisted on fresh air.  There was another strange dispute between them: one was heard to say, "I hear that Anne calls herself the queen of invalids; and everybody in Brighton knows that I am the queen of invalids."'[1] > >

On the topic of another aunt:

> > 'Aunt Etty’s house in Westbourne Terrace was an almost daily resort of ours, for we were always in her good books: in fact all the children of her elder brothers and sisters were as incapable of error as the offspring of the younger were of right behaviour … a niece having called on a bitterly cold day, remarked on leaving the house, "Isn’t it nice to get out into the warmth again?"'[2] > >

Furthermore, she described the return of an unsatisfactory nephew to the home of his widowed mother as ‘“No comfort at all, dear; great, dreadful BLOW.”‘[3]

> > 'heartily despised modern theories and improvements and would quote, as thoroughly up-to-date opinions, the sentiments of Mrs. David Garrick, whom she had known as a little old woman living quietly at Brighton and who had observed, on hearing that a friend was building a bathroom, "Well, I thank God I’m none so dirty!"'[4] > >

On an ‘Uncle James’ (actually a friend of the family):

> > '"I always feel anxious if James is away for long" said she [James' mother], after one of these raids.  "Once I missed him for hours and then saw his feet sticking out from the end of a big telescope." "I was cleaning it and I just slipped in and could not get back," explained James comfortably. "How dreadful," I gasped, looking up at the great tube reared high against the sky. "Eh, sir, it was," agreed James Nasmyth.  "Man, it was the Lord's mair-r-cy I didna break the lens!"'[5] > >

However, he also talks humorously about artists he trained with when he was still a child.  On painter Albert Moore’s first meeting with the poet Rosetti:

> > 'As they sat down to dinner the poet was served with soup.  “I say, what a stunning plate!” cried Rosetti – and instantly turned it upside-down to look at the mark.  The ensuing flood seemed to come upon him as a complete surprise, and Albert Moore laughed whenever he remembered the incident for the rest of his life.'[6] > >

He provides a wealth of stories about Edward Burne-Jones and his household, worth (in my view) reproducing in full:

> > 'She [Mrs Burne-Jones] was paying a round of calls, amongst which was a duty visit to some noble patrons of the Arts whom she knew only slightly but to whom it was befitting and advisable to show attention.  The prospect bored her and she left this visit to the last.  At a friend’s house she heard a story about a cook who, being found under the kitchen table in an advanced state of intoxication, had said – What was it? – ah yes, she remembered, but she would write it down at once for home use lest she should forget it.  Making a note of the remark she waded steadily through her visits, coming at last to the long-deferred duty call.  "Not at home."  A direct interposition of Providence, but had she cards enough?  No – yes – just enough; but as she turned away with a pleasant sense of ‘something, attempted, something done’ a terrible thought struck her and she wildly searched her card-case.  It was empty, and that last fatal card left upon the august patrons had borne the inscription, MRS. BURNE-JONES It’s not drink – it’s worry. … Another favourite, though I always feared apocryphal, tale of his was of the new man-servant who came hastily in one morning announcing, "Please, sir, your Aunt Nelly." "_My_ Aunt Nelly?" "Yes, sir." "But – I haven’t got an Aunt Nelly." "No, sir?  Gave that name, sir." "But – what have you done with her?  Where is she?" "Ran straight up to the studio, sir." The artist bounded upstairs fearing he knew not what, flung open the door and disclosed – Antonelli, the male model. A third pretty tale designed to show his innocence of the Italian tongue was of the hesitating entrance of a model come for his first sitting.  "Buon giorno," said the lad nervously. "Quite right," said the painter, nodding encouragement.  "Burne-Jones – that’s the name.  Come in."'[7] > >

If nothing else, these anecdotes show that these Victorian only children were not isolated; uncles and aunts were a considerable feature of their lives.  We’re also treated to images of archetypal Victorian matriarchs.  Perhaps it is relevant that so many of these amusing anecdotes relate to adults they knew when they were children, rather than their peers.  If the autobiographer had siblings, I would expect them to talk about daft things their siblings said or did.  Another anecdote from Robertson shows him spending time alone at an uncle’s house, where he happened upon a spellbook:

> > '"How to remove warts." – I had no warts to remove. "On the sowing of rape seed.  Rape seed when sown with curses and maledictions, prospers exceedingly." – This was satisfactory, but I was uninterested in rape seed. "How to raise a Fairy." – Come, this was better. "Take the blood of a white hen." – How could I take the blood of any hen, let alone that the hen would be my uncle’s, and I felt sure he would not care for its blood to be taken?  Would the Fairy object to the hen’s being cooked, as, if not, I could save some gravy from dinner? I gave up on my study of Conjuration, which in most cases seemed to require a little private abattoir of one’s one, for want of proper professional guidance…'[8] > >

Robertson went to Eton, which he found dull and contrary to his preference for solitude.  To his credit, he managed to find a few incidents of amusement there, the best of which seems to me:

> > 'Aviation by mice in parachutes was also all the rage during a summer term.  It was really helpful to us who were overrun by mice and constantly confronted with heart-breakng washhand-basin executions, and pleasant for the mice, who always landed safely in neighbours' gardens and ran rejoicing away. But on one unfortunate and breezy day the tutor next door gave a tea-party, and when the revelry was at its height, a mouse seated in a parachute drifted in through the open window and disembarked among the ladies.  It depressed me to find that this really charming incident was regarded next door as a deliberate insult.  As if one could not have thought of a better insult than a mouse in a parachute.' > > 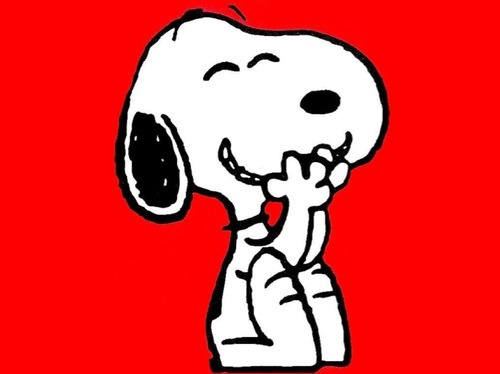