This week I mainly read Born To Rebel, by Frank J. Sulloway.  I probably should have read it a lot earlier, but I didn’t know it existed before, which was kind of prohibitive.  Anyway, Sulloway spent 20 years collecting and analysing biographical data about people like scientists and politicians, and found out that, in the main, firstborns tend to be conservative in their outlook, whereas laterborns tend towards radicalism in a bid to carve out their own niche in the family and avoid ‘being kicked out of the nest’ (basically, it’s a Darwinian theory).  He also gave a whole bunch of circumstances which create exceptions to this rule, such as age gaps and radical parents (firstborns ally themselves with their parents, apparently).  He didn’t say much about only children, apart from that they’re wildcards who can go either way.  I can get on board with that one, but despite all the mathematic proofs he gave for the firstborns and lastborns, I spent a lot of the book feeling quite critical and thinking ‘I don’t think I can get on board with this.’

First off: this breezeblock-sized book deals only with the traits of radicalism and conservatism.  Sure, Sulloway makes some convincing arguments, but there is so much more to humans than just that.  I think this comes out of my preference for small-scale, story-based studies, rather than vast swathes of statistical data as Sulloway uses.  I find it hard to boil people down to statistics for precisely the reason that people are complicated - the only thing you can really pin down is their date of birth.  In my data table in Nvivo for only-child and control group autobiographies, I only have decade of birth, sex, class and reason for being an only child (if applicable/given) and even then, I sometimes end up putting ‘don’t know’ for class if they suffered a change in fortunes, or ‘combination’ for reason for being an only child if, for example, a sibling died and their parents were also too old to have more children.  People are messy.  Near the end of the book, Sulloway wrote:

So much for microhistory.  Of course statistics have their place, but I prefer a more qualitative approach myself.

All this brings me on to another point: change over time.  As I mentioned, Sulloway identified a whole load of things that negate his birth-order rule, but I’m not sure they really go far enough.  From my research, I’ve found that some only children identified with their parents (like the ‘typical’ firstborn) at some points in their lives, and grew apart from them at others.  Things can happen in people’s lives that change their outlook completely.  I don’t think parents are the only, or even the key influence necessarily - a person might have spent a hell of a lot of their time with a talkative nurse, had an aunt or uncle they saw more of themselves in, or picked up a book that changed their opinions, or had life-changing experiences as a result of a sibling getting ill or dying.  Nowadays, I think outside influence is even more important than in the past, with compulsory schooling and so many people going to university, as well as the internet bringing diverse opinions into the home to pick and choose from.

I’m still feeling a bit seduced by Pinker’s The Blank Slate, where he suggested that variability in our personalities is innate.  With that in mind, might not some firstborns be literally ‘Born to Rebel’ due to some random inborn disposition to be different from their parents and resist their attempts to mould them in their image?  I’m sure I could name a whole host of firstborns who are completely different from their parents because of this, or simply because they were born in a different time, when more information was available about who they could be.

A big problem I find with birth order literature is that it’s like horoscopes - it produces vague enough descriptions of people that you can think ‘that’s me!’ about anything.  Heaven knows, I’ve managed to identify with completely different descriptions of only children on the basis that I’ve felt different ways at different times in my life, or else the descriptions could fit anyone if they could think of a certain example from their own lives.  I read Sulloway’s book occasionally thinking, ‘ah, I know a family like that!’, but on the flipside I could easily think of families who don’t fit the pattern - groups of siblings who haven’t really carved out particular ‘niches’ for themselves and apparently all done the same things, but without massive conflict.  That makes me wonder whether Sulloway would have had the same findings if he’d looked at the biographical details and political views of ‘ordinary’ families - that would have probably been impossible, of course, but we can’t all be revolutionaries.  Maybe someone should repeat his study with the current incumbents of the House of Commons?  Not that any of them seem particularly radical or ‘ordinary’, mind you… 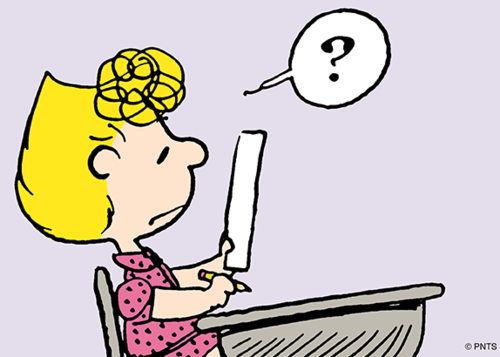