Well, I’m back to work and blogging after the Christmas break (okay, I may have done some work in purgatory between Christmas and New Year, not because I’m a ridiculous PhD student who never takes breaks but because I get REALLY BORED with unstructured time at home).  Let’s see how far I’ve got since I blogged about having a full draft but needing to massively do-over my literature review and first chapter, and struggling to rewrite said literature review.

The good news is - I have a literature review again!  It’s much more comprehensive now I’ve done a lot more reading and actually know what the information in it has to do with the rest of my thesis.  It’s now ridiculously long, though - 17,000+ words and I have no idea what’s irrelevant enough to be left out.  I get to find out how good it is, and what I can cut out, in a meeting with my supervisor two weeks from now.

Chapter One is … a challenge.  I said that about the literature review, I know, but at least that was vaguely okay before, just insufficient in material in a later light.  My original ‘Chapter One’ (actually more like four chapters) was, not to put too fine a point on it, crap.  I really, really am starting again from the beginning on this one.  I hoped to start it at the beginning of this week, but then I decided I needed to look at more childrearing manuals, so I looked a load up on archive.org and spent a day in the British Library with the ones that weren’t online.  I can now reference 41 people saying much the same things about only children, hooray!  Then yesterday I ended up just planning what to write in justification of using the manuals are a source.  My defence is basically ‘they’re an accessible source of ideas about only children, I know parents didn’t really put their advice into practice but there’s a chorus of them saying the same thing, and the stereotype clearly stuck in people’s heads because it’s still around today.’  Unfortunately, I can’t just say that, I have to provide the historians’ arguments that led me to that statement.  Once I’d finished my plan, I sat down to write … and promptly found a really relevant journal article I _needed _to read.  I guess I’ll start writing about the sources this afternoon, then. 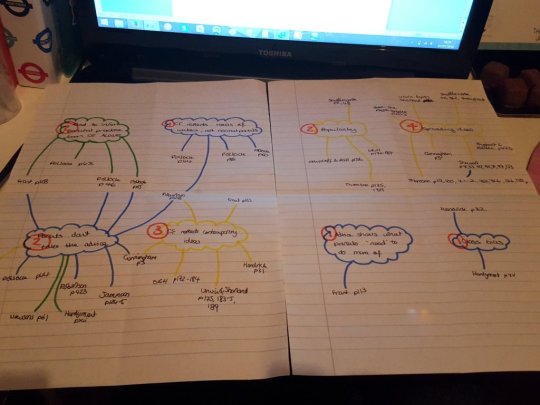 At least my plan is pretty.  That’s chocolate fudge in the background, by the way.

Other than rewriting bits of my thesis, I spent the holidays marking.  I actually like marking, and was very pleased with the effort some of my students put in.  It’s always nice to find someone has taken your advice from previous feedback, or generally produced something amazing that shows they have been getting something out of the module.  Teaching starts again next week; having recovered from being tired out by it last term, I’m looking forward to it. 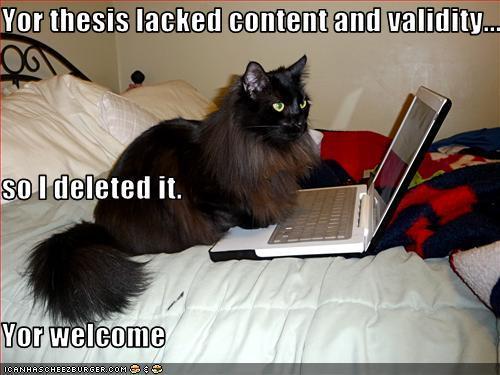