‘Is blogging academic?’ (or ‘is blogging scholarship?’, which I regard as amounting to the same question) is a question that’s popped up on my Twitter timeline a lot recently, as a panel at the Organization of American Historians grappled with it this week.  There are, naturally, a few blog posts out there already on the topic, but I thought that, with some reference to them, I’d like to add to the debate.  It’s seems like a good time to write such a post, seeing as I’ve been blogging regularly for four months now, and my last blog post got an amazingly high number of views (this will probably get considerably fewer, but never mind).

On the ‘yes’ side, I would argue that, as long as it’s properly done, blogging can be regarded as an academic practice.  If you’re using your original research and referencing it properly - as I always take care to do - then why not?  It’s a great interim measure when you want to let people know what you’re doing, but publishing your work ‘properly’ is still a way off.  I would regard this as useful as it helps avoid overlap - if someone is doing pretty much the same research as you are, but haven’t published on it yet, it could help you become aware of that and avoid stepping on anyone’s toes or wasting time on research you can’t use or have to change your angle on.  I would happily reference a blog in my work if it was a rigorous piece, there wasn’t a publication but I wanted/needed to reference that academic’s work, and if the author in question was okay with me doing so - they might regard it as imperfect, or not the final result, and therefore not want such a permanent reference to it in existence.

On the ‘no’ side, I could argue that blogging is simply too fun to be considered academic.  Of course, this raises questions as to whether academic writing has to be painful, dry and only of interest to other academics.  I’d like to say it doesn’t, but then again I would actually like to get my PhD, so I have to conform to the established criteria.  I love blogging.  I can knock out about 1,000 words in an hour, whereas when I’m doing an essay or dissertation, it takes me twice as long to achieve that as I’m constantly looking back over it and deliberating over whether I’ve used the right words etc.  I like that I can use colloquialisms and put a greater degree of my personality into a blog post.  Yes, a few typos get through with I’m blogging, but it’s less of a big deal - nobody has called me out on any of them so far.  I’m put in mind of Joanne Bailey’s recent blog about will-power and writing history - I agree that academic writing is something I enjoy having done rather than actually doing. I like the feeling of pride after producing a certain number of words, or getting good feedback.  It’s an odd thought that in the same way, I also enjoy having Hoovered - I can’t say I love doing it, but again, I feel proud of myself for having done it (I’m not really much of an adult) and like seeing how much better things look afterwards.  I still haven’t managed to make my MA dissertation into an article.  I get as far as saying I’m going to work on it, and opening the draft up in Word - then I just go ‘I can’t do this today’ and close it again.  If I could do that as a blog, bish bash bosh, I’d do it like that and have fun while doing so.  But I need more publications on my academic CV. 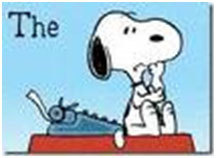 The big issue many people seem to have with blogs, though, is that they’re not academic because they’re not peer-reviewed (see here and here, for example).  True, but I think that just makes them not so much unacademic so much as just less academic than, say, a journal article.

Ann M. Little argues: ‘because of the jobs crisis, the bar for joining a faculty on the tenure track is so high that worrying about the place of blogging in one’s scholarly record seems like a very first-world problem.  Scholars should focus in their early careers on earning the traditional markers of professional achievement’.  With respect, I disagree.  I don’t think working on a blog necessarily takes away time that could be spent working on journal articles etc. instead, because you don’t have the material to be working publications all the time, there’s a lot of waiting around involved, and sometimes you just want to say something short and sweet to grab people’s attention immediately rather than have to wait 3456776754219 years for a full-length article to be reviewed and published - but you can still write something that likely would be approved by peer review on your blog, and your readers and potential employers can judge for themselves whether your work is satisfactory or not.

I’ve also had it drilled into me that I should have some form of web presence, particularly in the form of a blog, if I want to stand out in job applications.  I don’t see why I can’t manage to have a blog and publications.  If your time is really that tight that you do have to choose, then yeah, spend it trying to get published, but I believe the majority have time to do both.  Blogs don’t have to be long, and the flexibility of the medium means you could write a big blog post in parts if you wished.  On this point I’m in agreement with Peter Webster, who remarks that slow scholarship and fast blogging aren’t incompatible. I particularly agree about the posts he mentions that respond to happenings at the time they were written. If there was some big witch-hunt of only children in the media, for example if one was a murderer and the media were using their lack of siblings as an explanation, I’d want to comment on that on my blog using my research; if I went through official channels, it would take ages and lose all its immediacy.

I’ve also found myself agreeing with so much of what Ken Owen says here that I might as well just say ‘click the link’ rather than write out every single point I agreed with! But I do especially want to repeat these three points:

Is my blog scholarly?  I would say ‘sometimes’.  I don’t always blog about my work because I want to do a post every Friday so it becomes a habit and I don’t let it slide, and some weeks I just don’t have the material or time to do that.  But when I do, it’s something that will either end up in my thesis in some form or another, or something I found interesting that will never see the light of day otherwise - and in both cases I’ve done the research and references correctly.  It’s a rough draft, sure, but that doesn’t mean I’ve been sloppy in my research or that I’m jumping to hasty conclusions.

So overall, I think blogging can be academic to an extent; it’s up to the individual blogger whether they want to consistently put up rigorous blog posts in ‘proper’ form or be more informal about it; even then, I think you can still say someone’s being scholarly if they’re using their research in a similar way to what they would in a ‘proper’ publication, and referencing properly.  The lack of peer-reviewing is a problem in a what seems to be a lot of people’s view, but just because something hasn’t been peer-reviewed doesn’t mean it doesn’t exist or isn’t good!  Besides which, I’m not sure if it really matters if a blog isn’t academic, where academic = dry, difficult to write and aimed at a purely academic audience.  Unlike journal articles, anyone can access a blog and it’s nice if they can read it and not be locked out by jargon and dullness - after all, we’re constantly being told that blogs are a good way to raise our profiles!  That and I’ve read academic books that are obviously well-researched but have had a ‘lay’ audience in mind, for example including references to famous present-day examples that relate to what they’re saying about the past.  They might not be as ‘academic’ as the books exclusively to be found in university libraries, but I would still happily reference them and engage in dialogue with them, and I would do the same with a blog if the author was fine with me doing so.  I find blogging a great way to ‘keep my hand in’ when I’m not in the position to write a full paper, and it helps me get my thoughts in order. 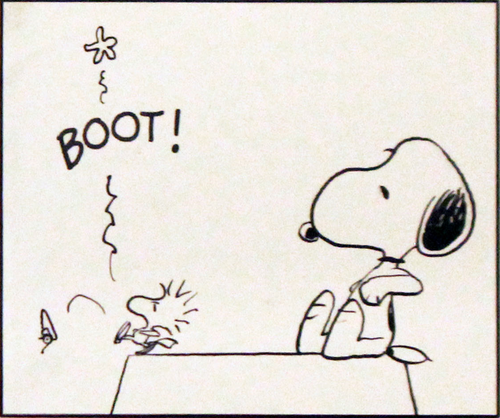