Seeing as it’s my birthday, I thought I’d do a blog post with the theme of only children’s birthday parties.  What I’m hoping to show is that only children did have friends, and that there was a big variation in how they celebrated their birthdays, and the reasons for this variation were not that they were only children.

Long before the advent of the birthday disco in the community hall, ‘having a few friends round for tea’ seemed to be the standard way for a child, only or otherwise to celebrate their birthday.  Four of Paul Thompson’s ‘Edwardians’ interviewees, Amelia Southern (b. 1887), Alice Tulloch (b. 1894), Agnes Gilbey (b. 1897) and Hilda Ogden (b. 1902), described their birthday parties thus, with Gilbey going into particular detail about the arrangements:

Gilbey clearly enjoyed her birthday parties, but other only children from the period had rather dull birthdays.  This was not because they were only children, however.  Adam Robertson Aird, born in 1893, didn’t do much for his birthday because his family lived in a remote rural area, though there would be cake and he would receive some presents in the post.[2]  Rees Pugh, born in 1901, also did not have lavish birthdays as his family could not afford to do much to mark them, while Doris Tarling’s (b. 1903) birthday fell in August, when the family was on holiday, so she did not see her friends or have a party - though her parents made up for this with a big party at Christmas.[3]  Perhaps Florence Dart’s story was particularly sad, though:

Interviewer: When you had a birthday would it be different from other days? Florence: No, my mother and father - to be quite honest - mother didn't like children. But I never had a birthday party. I didn't know what that was. Mother would give me a present and - I had a special tea but I had no party. But of course I didn't miss it because I never knew what it was you see. Interviewer: Do you ever remember being invited to other childrens birthday parties? Florence: Yes. Thought it was funny that they had parties and I didn't. But - mother put it down when I - tackled mother about it in my childish way, she said father didn't like a lot of children round. Which I think was quite true. He didn't, he - he wasn't a lover of children. Of course he'd been abroad so much - on these long - commissions you see, that children didn't come into his life. > >

Dart’s mother had not particularly wanted a child, and Dart consequently felt much more comfortable in the company of her grandmother and her peers than that of her parents.[4]  At least she got to enjoy herself at other children’s parties, as sociologist and industrial historian Alan Fox (b. 1920) also did, at least for a while:

‘Soon after moving to Graham Road I was playing with the children round about.   Other contacts quickly followed and I was invited to large and expensive birthday parties until it became obvious that my mother had neither the funds nor the space for return invitations – our one downstairs room measured twelve feet by ten.’[5] > >

And big birthday parties aren’t always all they’re cracked up to be, as journalist and gay rights campaigner A E G Wright/Anthony Grey found out:

‘On one occasion, never to be forgotten by my mother, I invited several [other young boys] to my birthday party.  This finished up in a real old scrimmage, with fists and (I regret to recall) feet flying and the more timorous – including me – cowering behind the sofa.’[6] > >

As a fellow introvert I can sympathise - I’d much rather have a small gathering than a huge crowd of people for my birthday! 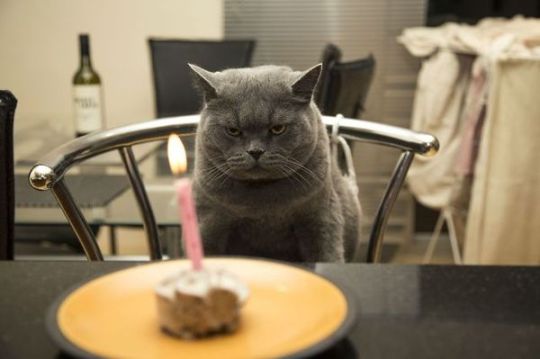