This is a post about my most recent research - which has given me something a bit different to think about when it comes to how I’m going to structure and talk about different people’s opinions of only children - but also how I got to finding out about it, pretty much by chance.

It all started with an internet search for E. W. Bohannon, protegée of G. Stanley Hall and father of all the negative opinions against only children repeated since 1898.  I’d naturally read his 1898 article, ‘The Only Child In A Family’[1] a long time ago, when I was formulating my funding proposal, in fact, but I wanted to find out more background information about the man.  Apart from a full-length dissertation that added a bit more to the article,[2] I didn’t find that, but I did find a reference to him in the Google Books partial scan of Bill McKibben’s Maybe One,[3] a seemingly largely-forgotten late ’90s treaty suggesting that more American families to have fewer children for a bit.  I managed to get a proper copy from an online second-hand bookseller, and not only did it have the usual brief outline of the history of prejudice against only children common to many modern books on the subject - very helpful for making sure I’m not missing anything in my own, in-depth study - but it also referenced an article from 1987 by Denise F. Polit and Toni Falbo[4] which references tons of clinical psychology articles about only children from the 1930s and ’40s (Falbo is a very important figure in modern studies of only children whose work is definitely on my humungous ‘to-read’ list!).  They found them to be largely positive about only children - I’m reading through them myself and I’m finding the same - which makes a big change from the negativity of theoretical psychology!  In fact, psychology newbie that I am, it never occurred to me that there might be two such opposing strands within the discipline.  But more about the differences later.

That wasn’t my only accidental discovery.  I was having difficulty locating an article written by Albert A. Campbell in 1933 (the host was down),[5] and in frustration tried googling the author - to find that he’d written another article for a different journal the following year, which had been overlooked by Polit and Falbo and referenced a whole load more articles![6]  Win!

So what have I been learning?  Well, I already knew that in the wake of Bohannon, who said so many negative things about only children I couldn’t possibly choose a few choice phrases (you can choose your own here), people who wrote child psychology books or chapters aimed at parents were quick to convey similar ideas.  To name a few examples, Mary Scharlieb wrote in 1927 that ‘among the chief causes of the development of “difficulty” in a child we must recognize that he is very generally a lonely child, and this loneliness may be due to the fact that his parents have thought it well that he should be an _only _child’,[7] going on to list a number of problems suffered by ‘difficult’ children.[8]  Mary Chadwick wrote in 1928 that only children had ‘a peculiar attitude towards life, to adults, toward contemporaries and its juniors’,[9] and Elizabeth Sloan Chesser wrote in 1934 that ‘the only child is isolated in a world of grown-ups.  He is in danger of being spoiled, or, on the other hand, of being over disciplined by parents who are determined not to spoil.  Always the parents are apprehensive about the child’s health, their interest and anxiety focused on one child instead of being distributed to several boys and girls’.[10]  And central to Alfred Adler’s ideas was his birth-order theory, whereby only children were regarded as being at a distinct disadvantage.

By contrast, clinical psychology experiments of the 1930s and ’40s, whilst small-scale and not without their problems, were more positive, or otherwise nuanced.  Ross Stagner and E. T. Katzoff (1936) Dora E. Damrin (1949) found birth order to be insignificant; to quote the former, ‘The determinants of personality traits are complex interactions of heredity and environment.  Into this interaction birth order enters only as an insignificantly small factor’,[11] and to quote the latter, ‘for these subjects the effects of family size, family position, sibling sex, and sibling age upon academic achievement, personality adjustment, and social acceptability are to all practical purposes so slight as to be considered negligible’.[12]  Dorothy Tunell Dyer (1945) found only children to be particularly well-adjusted, as well as being equal to non-only children in academic achievement, and only slightly less healthy and socially adjusted than non-onlies.[13]  Samuel P. Hayes Jr. (1937) and Ethel Mary Abernethy (1940) agreed that the fewer siblings a child had, the less neurotic and the more self-sufficient and dominant they were,[14] while Willis P. Fisher and Hayes Jr. (1941) reported that ‘There is no indication of maladjustment with family position in the case of one-child or two-child families’.[15]  In 1933, Campbell came up with a mixed bag of results, suggesting among other things that the adjustment of only children depended on sex (with only boys being allowed more freedom than only girls) and that the extreme parenting of inexperienced parents with only one child led to the child developing extreme personality traits; only children were found to rank ‘better’ in some aspects but not others than intermediate children, with little or no difference in academic achievement or physical health.[16]  That’s all I’ve read so far, but it’s exciting to see a dialogue between the different researchers, as well as interesting to see their findings (of course!) and how they measured certain variables - I’d never heard of the Bernreuter Personality Test before, for example!

This is all fabulous in itself, but it gains an extra dimension when I consider my discoveries from Mass Observation, as I described a few weeks ago.  A lot of the survey respondents who were asked for their ‘ideal family size’ put their disapproval of having an only child down to psychological reasons.  The most obvious thing I can say about this is that they would have been more influenced by the psychology books aimed at parents than short, dry articles in (often American) journals you can’t even get hold of now without a university library account or a trip to a specialist library.  Then, as now, the positive research was ‘based in academic books and journals, conference proceedings and PhD theses’, using difficult language, uneven in quality and largely American.[17]

But I’m wondering if there were other factors at work regarding the information the public received about psychological ideas.  Were they still reading the same books their parents had in the 1920s?  Did any psychologists who wrote for parents adapt their ideas having seen the results of the clinical experiments?  Was it just generally seen as a good idea to keep the old ideas about only children going in order to get people to have more children?  And is it important that most of these articles came from America, where it has been suggested that a stronger sense of individualism means that only children are currently regarded as more ‘acceptable’ than in Britain?[18]  Can this be traced back to an earlier time?  These are all theories I can discuss in my thesis, and I’m sure I’ll think of more as I go along.  I also think I finally have enough material to talk for 20 minutes.  Yay! 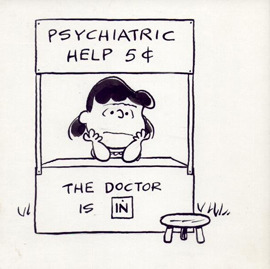